YK Steel of Korea commissioned SMS group to supply a new mini-mill with integrated melting, casting and rolling and including all electrical and automation systems. Instead of relocating and upgrading an existing plant, YK Steel instead opted for a completely new mini-mill that will start production in 2025 at the company’s Dangjin site. YK Steel will use the mini-mill to produce reinforcing steel with diameters ranging from 10 to 35 mm (0.39-1.4 inches). The products manufactured in the mini-mill will be sold as 6- to 12-meter-long (20- to 39-foot-long) packages with a maximum weight of 450-550 kg (992-1,212 pounds) and large packages weighing up to 2 tons.

North American Stainless (NAS) will proceed with a $244 million expansion to its production facility Ghent, Ky. The expansion will boost the company’s total capacity by 200,000 tons annually, a 20% increase, and add 70 new jobs. For its 13th major expansion since 1990, NAS will build a new cold-rolling mill and temper mill; upgrade its annealing and pickling lines to support the new rolling mill; and expand its melt shop to include a 400-metric-ton crane. The continued importation of subsidized stainless steel, and the accompanying national security threats, made the expansion a pressing priority. 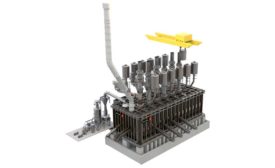 A DRI (direct reduced iron) smelting furnace has been launched to substitute blast fur-naces used in ironmaking and steelmaking. It is one of Metso Outotec’s solutions for decarbonization of the iron and steel industry. 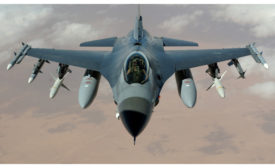 Aerobraze Engineered Technologies Oklahoma City has been awarded a five-year contract with the United States Air Force (USAF) for the remanufacture of F-16 fighter aircraft regenerative heat exchangers at Tinker Air Force Base. Located in Oklahoma, Tinker Air Force Base is the headquarters of the Air Force Materiel Command’s (AFMC) Oklahoma City Air Logistics Center (OC-ALC), which manages aircraft, engines, missiles and more. Aerobraze Oklahoma City specializes in the remanufacture and overhaul of F-16 Inconel and aluminum heat exchangers. Assemblies meet stringent U.S. military requirements, including extreme temperatures, to resist cracking and failure over long-time use. These processes have resulted in efficiency and significant cost savings to maintain and extend the life of F-16 operations. 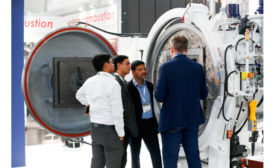 Primetals Technologies, together with its strategic partners Mitsubishi Corp., Fortescue and voestalpine, signed a memorandum of understanding aimed at designing and engineering an industrial-scale prototype plant with a new process for net-zero-emission ironmaking at voestalpine’s site in Linz, Austria. The collaboration will also investigate the implementation and operation of the plant. The new ironmaking process will be based on Primetals Technologies’ HYFOR and smelter solutions. HYFOR is a direct-reduction process for iron-ore fines that will not require any agglomeration steps, like sintering or pelletizing. The smelter technology is a furnace powered by electrical energy. It is used for melting and final reduction of direct-reduced iron (DRI) based on lower-grade iron ores. In that way, it produces alternative green hot metal for the steelmaking plant.

Norwegian company Blastr Green Steel (Blastr) is planning to establish a green steel plant with an integrated hydrogen production facility in Inkoo, Finland. Blastr has entered into a letter of intent with Nordic energy company Fortum that provides Blastr exclusive rights to utilize an existing industrial site located in Inkoo. The approximately $4.2 billion investment is expected to create up to 1,200 direct jobs in the operations phase. Production is scheduled to start by end of 2026. The facility will produce 2.5 million tons of high-quality hot- and cold-rolled green steel annually.

Nucor Corp.’s new steel plate mill in Brandenburg, Ky., rolled its first steel plate on Dec. 30, 2022. Nucor Steel Brandenburg, a $1.7 billion capital investment with the ability to produce 1.2 million tons annually, will focus on final commissioning of the mill in the first quarter of 2023 and will ship the first tons to customers during the quarter. Nucor Steel Brandenburg will be among only a few mills globally – and the only mill in the United States, according to the company – capable of manufacturing at scale the heavy-gauge plate used in monopile foundations for offshore wind towers. 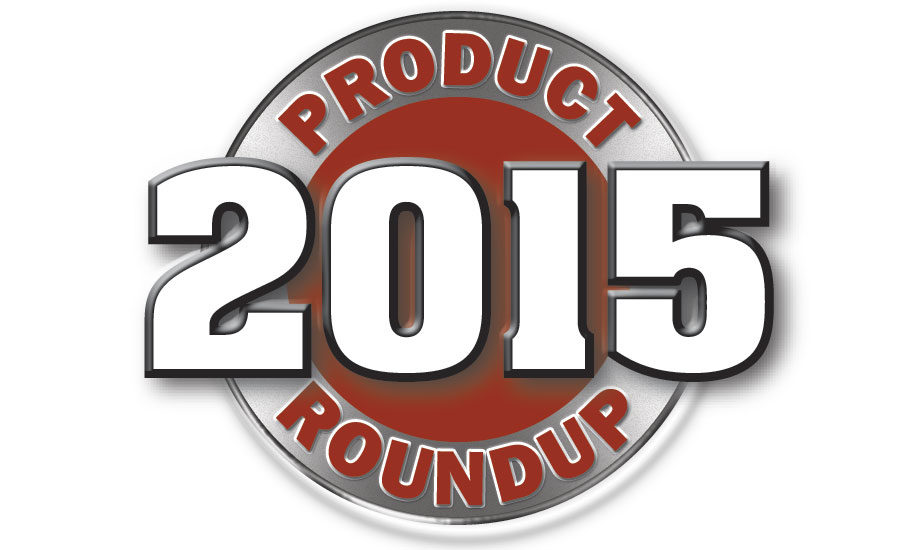 The Product Roundup is a showcase of some of the best products and technologies the thermal-processing industry has to offer. Industrial Heating has rounded up these advanced, energy-efficient and cost-effective items in one special section for easy reference. 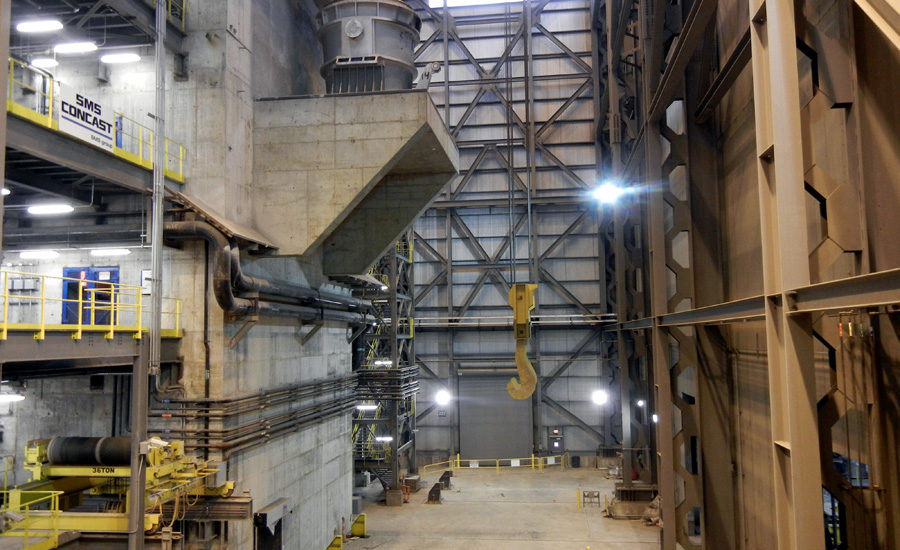 On Oct. 21, 2014, TimkenSteel ran the first heat of metal through its jumbo bloom vertical caster (JBVC) at its Faircrest Steel Plant in Ohio. The $200 million investment will enable the company to increase capacity and improve the breadth of product offerings to its customers. Industrial Heating was lucky enough to get an exclusive look at this impressive piece of equipment. What follows below is a slideshow of photos taken by Dean M. Peters. Enjoy.