Romania’s TMK-Artrom granted SMS group the final acceptance certificate for a tube-and-pipe heat-treatment line that was ordered in March 2016. Designed for an annual capacity of 160,000 tons, the line will be used for the production of seamless high-strength pipes up to a wall thickness of 60 mm (2.36 inches) for mechanical applications and OCTG pipes.

Tenaris unveiled its $1.8 billion state-of-the-art seamless pipe mill in Bay City, Texas. The 1.2 million square-foot mill, which has the capacity to produce 600,000 tons of OCTG annually, incorporates a high level of automation and cutting-edge technologies into its production processes. The project, which was first announced in 2013, has generated more than 600 jobs and more than 1,500 during the construction phase. 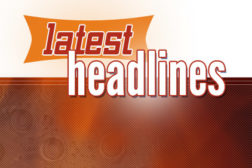 United States Steel Corp. announced that it will build a technologically advanced electric-arc furnace (EAF) steelmaking facility at its Fairfield Works in Birmingham, Ala. 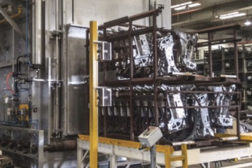 Market pressures have forced many manufacturers to look beyond traditional materials and push for innovation in their product categories. 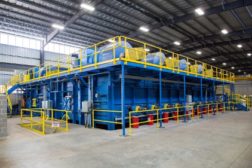 Primetals Technologies received the final acceptance certificate from Borusan Mannesmann Pipe U.S. for a heat-treatment plant to be installed in the company’s new ERW pipe mill in Baytown, Texas.

Sandvik and Tenaris signed a five-year strategic alliance agreement for the exclusive joint supply of corrosion-resistant alloy OCTG materials and technology to the oil and gas industry. 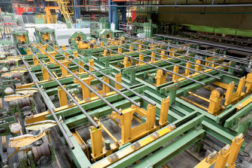