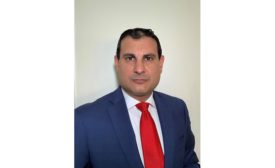 The Biden Presidency: One Year In

President Joe Biden is marking the anniversary of his first year in office having the second-lowest approval rating of any Oval Office holder since World War II. Many political insiders blame the President’s popularity challenges more on poor messaging and high expectations than lack of legislative accomplishments. Some are arguing he should focus on the bipartisan $1.2 trillion infrastructure law now being implemented and its benefits for the average voter. Instead, this White House spent the past two months pressing forward on polarizing legislative proposals doomed to fail.

In a rare move, the U.S. Supreme Court scheduled an emergency oral-arguments hearing on Friday, January 7 for the OSHA employer workplace vaccine mandate and the health-care-worker mandate. The Court typically only accepts written briefs in place of oral arguments in emergency cases but accepted to hear from attorneys.

U.S. Congress Wrapping Up the Year

The U.S. Congress is packing it in for 2021 with Democrats having failed to agree among themselves to move President Biden’s $1.75 trillion Build Back Better plan. Senate Majority Leader Chuck Schumer (D-NY) had set a Christmas deadline to pass a bill the U.S. House cleared on November 19.

Timing is Everything: Delays in Washington (Again)

Since 1977, Congress has only passed all its required federal spending bills four times and in no year since 1997. It missed multiple deadlines this fall ranging from transportation to defense, debt ceiling and, of course, the federal spending legislation known as appropriations. In December, Washington is again racing the clock, and  they buy themselves more time when it runs out. Congress passed a law extending temporary funding for government operations into February, well past the end of fiscal year on September 30, having already extended the government shutdown showdown to December 3.

As expected, the legal challenges flooded in against OSHA’s Federal Vaccine mandate for employers with 100 or more workers after the Department of Labor published the Emergency Temporary Standard (ETS) on November 5.

Courts to Decide by Nov. 16 Next Steps on Vaccine Mandate

OSHA recently issued an Emergency Temporary Standard (ETS) mandating that employers with 100 or more workers implement a vaccine mandate and/or testing policy by Jan. 4, 2022, with mask and other requirements for other unvaccinated workers taking effect Dec. 5, 2021.

While negotiations in Washington, D.C. continue over tax rates, it looks increasingly unlikely Senate Democrats will have the votes to raise the C-Corporation rate from 21% to at least 25%, as planned.

On October 4, U.S. Trade Representative Katherine Tai gave a speech outlining the next steps the U.S. would take on trade policy related to China following an eight-month review.

You do not have to be a baseball fan to appreciate one of Yogi Berra’s “isms”: “It’s getting late early.” Nor do you have to be an elected Democrat sitting on Capitol Hill, or in the Oval Office for that matter, to know that the political party is facing significant deadlines in the coming week that affect trillions of dollars and millions of Americans.

On September 9, President Biden announced that he would direct OSHA to mandate employers with 100 or more workers to ensure their workforce is fully vaccinated or require any workers who remain unvaccinated to produce a negative test result on at least a weekly basis before coming to work.