You may recall seeing some images from the Somerset, Pa., crash site in the days following September 11. Shortly after the crash, an American flag was raised on the top of a dragline crane used for mining coal in the area. The equipment and the flag became a symbol of the effort in Somerset.

About 10 years ago, 22 tons of steel from the crane, primarily from the 22-cubic-yard bucket, were melted down and remade into the bow stem of the USS Somerset. Melting and casting were performed at the Northrop Grumman plant in Newport News, Va.

The Somerset (LPD 25) is in the LPD 17 series of San Antonio-class amphibious transport dock ships built by Northrop Grumman. Another ship in this class is the USS Arlington (LPD 24), which is named for the location of where another plane crashed on 9-11 (the Pentagon). The 684-foot-long, 105-foot-wide LPD ships are used to transport and land U.S. Marines, their equipment and supplies. These ships will support amphibious assault special operations or expeditionary warfare missions throughout the first half of this century. 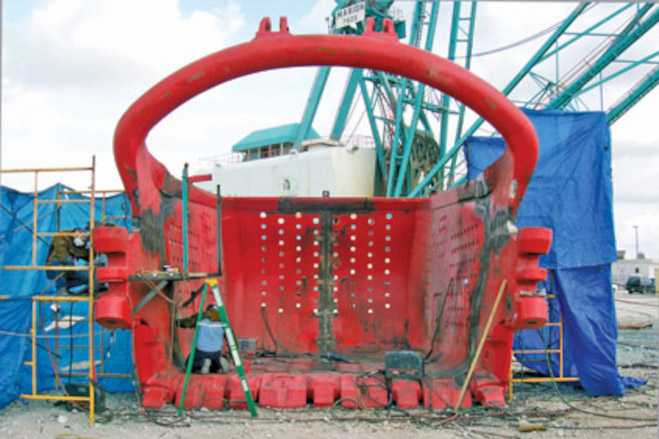 Creating this type of lasting memorial from scrap is one of the benefits of most metals. They can be recycled to take a new form and function by remelting and either die casting or ingot casting followed by forming and machining operations. Remelting steel saves 75% of the energy compared to producing it from raw materials. In fact, the steel industry saves enough energy in one year by recycling to power 18 million homes for an entire year.

The electric-arc furnace (EAF) process uses virtually 100% recovered steel to make new steel. Scrap steel is melted and refined by passing an electric current from electrodes through the material. All types of steels can be made with the EAF process, often accompanied by other refining operations.

Now you know the energy benefit of remelting and specifically the benefit to our nation of recycling 22 tons of scrap metal from a coal-mining dragline from Somerset County in rural Pennsylvania. It seems fitting that a ship honoring the heroes who brought down Flight 93 to save others will be used to take down those who conspired against the U.S. that day.