If the objective of the hardness test is to measure the depth of case, it will be necessary for the test operator to understand the definition of case depth. Case depth is the formed case that has occurred to whatever depth was specified. There are two definitions: 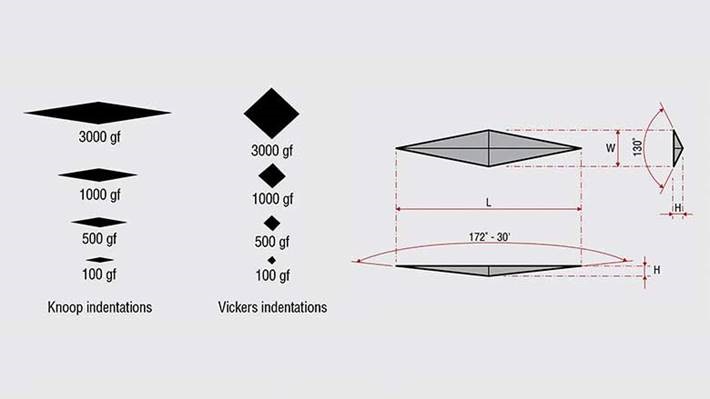 The hardness-test is usually a micro-hardness loading, which can vary from 10 grams up to 1,000 grams load mass. The thickness of the diffused case determines the load that is selected. Generally, a 200-gram to 300-gram load is used to determine a total case depth.

Whichever procedure is selected for the process of hardness testing, it is necessary that the test method is chosen carefully and that the test is conducted in an accurate and meaningful manner.

This test will determine the effectiveness of the heat-treatment process that has been performed. It is very important that the quality-assurance technician and/or heat-treatment associate has a good understanding of the test methods, the load/indenter selection and the interpretation of the results to produce accurate hardness values.