The Wheel of Damage (part 1)

Twenty-some years ago, when the ASM International Failure Analysis Committee was asked to lead the charge to create a new version of Volume 11 on Failure Analysis and Prevention for the ASM Metals Handbook, I had the chance to work with several colleagues to create the section on the failure-analysis process.

This is a topic that has been of long and sustained interest for me. Very early in my career when I read case studies, or slightly later when I started listening to presentations of case studies at conferences, I wondered how people decided where to focus their examinations, whether it was fractographic, metallographic or mechanical testing. One thing that I did not wonder about was damage categories or, as most everyone else still calls them, failure modes or failure mechanisms. I did not wonder about them because I thought I knew all about them!

However, I was about to find out that there were still things to learn in this area!

One of the new features of the 2002 Volume 11 Handbook was the “Wheel of Failure,” which was created by Aaron Tanzer. When Aaron told me how he had “invented” this new way to envision different failure types, I was impressed. It changed how I viewed failure analysis. Until then I had seen parts operating under a stress condition – static or dynamic – and then if the structure was operating in a corrosive environment or a temperature other than “human preferred ambient” I overlaid the change in expected behavior due to the change in conditions. But after I saw Aaron’s Wheel of Failure, I realized “THERE IS ALWAYS AN ENVIRONMENT.”

Even now I “naturally” still think first about the stress aspects of the “environment” that the component or assembly is subject to. I can do so because most of my work doesn’t involve extreme environments.

So, as I was completing my new book on failure analysis, I made up my own version of a Wheel of Damage (Figure 1). Next time we’ll look at some of the details in greater depth. 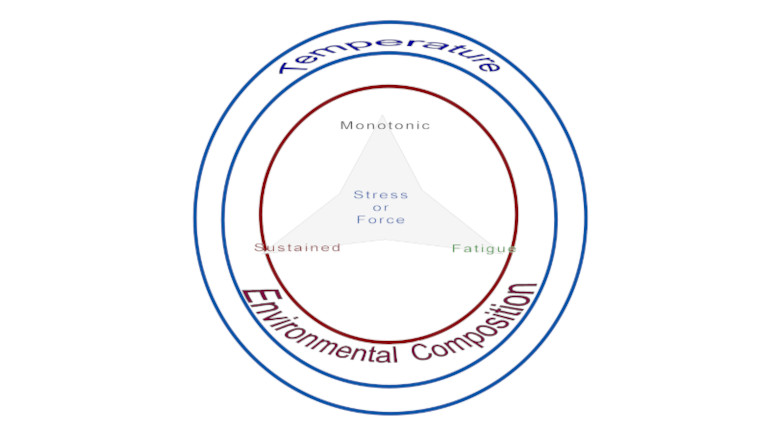