Two methods can be used to prevent the base-metal erosion discussed last time in part 1.

1. As shown in Fig. 2, a “sacrificial” ring design might be employed, in which a short length of slightly larger-diameter stainless tubing could be placed around the outside of the tubing being brazed. Then, during the brazing operation, the molten BFM would alloy with that outer ring. When the heavy plate finally came up to proper temperature, the molten BFM can be drawn down into the joint, brazing both the tube and the ring in place (Fig. 2B). 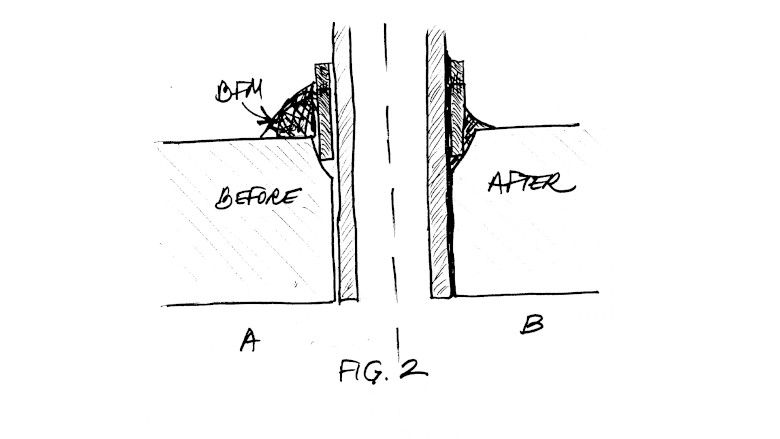 2. Another option is to place a groove around the tube hole in the plate (Fig. 3), just far enough away from the tube that the BFM (when melted) will not attack that tube. Instead, it will flow down several drilled holes that go down at an angle from the groove to the joint that is to be brazed. I usually suggest three such holes, spaced about 120-degrees apart around the periphery. The molten BFM will then enter the joint area via drainage through these holes, and capillary action will draw the molten BFM throughout the entire joint area (Fig. 3B).

Base-metal erosion by molten BFM is a common problem in many brazing applications, but there are always ways by which this can be prevented and excellent-quality brazed joints produced instead. 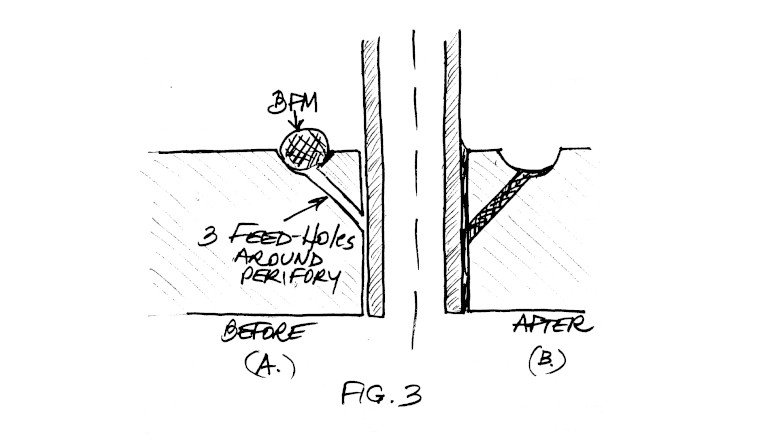