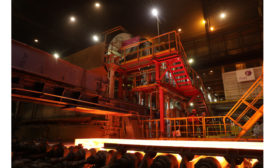 International engineering group Fives supplied a reheating furnace to Severstal, a leading Russian steel producer, for its Cherepovets Steel Mill. The furnace, symbolically named “Spark,” is the first of three slab-heating furnaces launched within a major upgrade program covering furnace facilities at Mill 2000, which produces 65% of Cherepovets Steel Mill's output. The furnace, which includes on/off burners and automation control, has a capacity of 400 tons per hour for cold slab charging and 500 tons per hour for hot slab charging. This productivity is twice as high as any existing furnace at Mill 2000.

Nucor Corp. will build its new $2.7 billion sheet mill, which will have the capacity to produce 3 million tons of steel annually, in Mason County, W.V. The location on the Ohio River provides Nucor with important transportation and logistics advantages and a strengthened ability to serve customers in the Midwest and Northeast, the two largest sheet-consuming regions in the country. The mill will employ approximately 800 full-time workers when fully operational. Construction is expected to take two years. 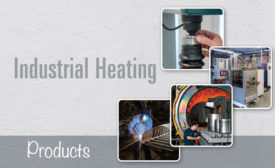 United States Steel Corp. announced that its next-generation highly sustainable and technologically advanced steel mill will be located in Osceola, Ark., close to the company’s Big River Steel plant. The facility is engineered to bring together the most advanced technology to create the steel mill of the future. The steel production facility is expected to include two electric-arc furnaces (EAFs) with 3 million tons per year of steelmaking capability, an endless casting and rolling line, and advanced finishing capabilities.

Commercial Metals Company (CMC) announced, as the next phase of its long-term growth strategy, plans to construct a micro-mill geographically situated to primarily serve the Northeast, Mid-Atlantic and Midwest U.S. markets. CMC believes that the location and capabilities of the planned facility will significantly augment its scale in the eastern U.S. and synergistically complement its existing operational footprint. The company is currently in the site selection process and exploring suitable options. According to CMC, the new micro-mill will be among the most environmentally friendly steelmaking operations in the world and will use technology lower in both energy consumption and greenhouse-gas emissions compared to traditional steelmaking processes. 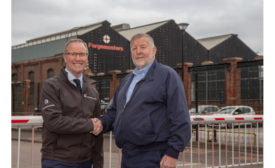 Sheffield Forgemasters signed up as a Tier One Partner with the University of Strathclyde’s Advanced Forming Research Centre (AFRC), part of the National Manufacturing Institute Scotland. The move will give the 200-year-old company, which was recently taken into public ownership, access to the AFRC’s research-and-development facilities focusing on emerging advanced manufacturing technologies such as residual stress, advanced furnaces and forging expertise in Industry 4.0 data analytics and modeling.

Nucor Corp. reached agreements to acquire a majority ownership position in California Steel Industries (CSI) by purchasing a 50% equity interest from a subsidiary of Vale S.A. and a 1% equity ownership stake from JFE Steel Corp. (JFE). The company will be a joint venture between Nucor and JFE. CSI is a flat-rolled steel converter with the capability to produce more than 2 million tons of finished steel and steel products annually. The company has five product lines, including hot rolled, pickled and oiled, cold rolled, galvanized and ERW pipe.

Nucor Corp. announced that its board of directors approved the construction of a rebar micro mill, with an annual capacity of 430,000 tons, to be located in the South Atlantic region. This will be Nucor's third rebar micro mill, joining its existing micro mills in Missouri and Florida, both of which began operations in 2020. The budgeted capex for the new micro mill is $350 million. Rebar is used primarily in the construction of roads, buildings, sidewalks and other structures. Most of the rebar used in the U.S. is produced domestically, and rebar imports have decreased in recent years due to strong trade enforcement.

Danieli to Supply Technology for EAF Steelmaking Facility in Canada

Algoma Steel Group Inc., a Canadian producer of hot- and cold-rolled steel sheet and plate products, selected Danieli as the sole technology provider for its new electric-arc furnace (EAF) steelmaking facility in Sault Ste. Marie, Ontario. The facility will have a design capacity of 3.7 million tons of liquid steel with two 250-ton EAFs at its core, powered by two Q-One digital power systems with a rated capacity in excess of 190 MVA each. Q-One is a patented technology capable of continuously varying the frequency during each of the melting phases. The EAF facility is expected to be in operation in early 2024. 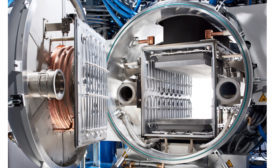 The Science of Diffusion Bonding or Joining Together Dissimilar Metals

Metal diffusion bonding is an essential joining method for achieving a high-purity interface when two similar metals require superior structural integrity. The process involves applying high temperature, and pressure to metals mated together in a hot press causes the atoms on solid metallic surfaces to intersperse and bond.