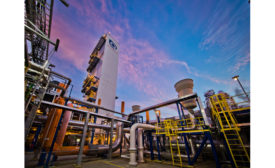 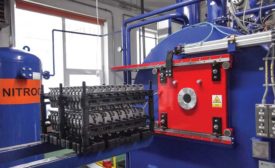 Just as we’ve done in the past with other topics, Industrial Heating will take a look at the most-viewed Vacuum/Surface Treating articles (in terms of page views) on our website. Data was collected for 12 months, from August 2018 to August 2019.

Messer to Build Plant in Indiana

Messer will invest $38 million to build a new air-separation plant in Indianapolis, Ind. The production facility for oxygen, nitrogen and argon is scheduled to go into operation in early 2021. It will produce industrial and medical-grade gases for various sectors of the local and regional economy, including the metal industry. The investment is expected to create 23 new permanent jobs by the end of 2021. In addition, Messer estimates that 60 to 80 temporary local jobs will be created during the construction phase of the project. 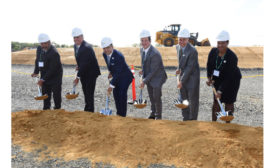 Air Products held a construction celebration and ceremonial groundbreaking for its new global headquarters in Lehigh Valley, Pa. The facility is being built a little over 1 mile from its existing location on a 50-acre tract of property. Occupancy is targeted for summer 2021. The new location will be the base for approximately 2,000 employees with capacity for growth.

Air Liquide and thyssenkrupp will partner for a project to develop lower-carbon steel production. For the first time, hydrogen will be injected to partially replace pulverized coal at a large scale in the blast furnace during steel production. Air Liquide will ensure a stable supply of hydrogen from its 200-km network in the Rhine-Ruhr area. This will be implemented at one of the blast furnaces in thyssenkrupp ́s integrated steel mills in Duisburg, Germany. Thyssenkrupp aims at reducing CO2 emissions in the production process by up to 20%. 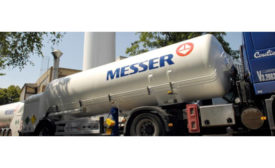 Messer Group and CVC Capital Partners Fund VII acquired most of the North American gases business of Linde plc and certain Linde and Praxair business activities in South America, launching a new name in the Americas market. With over 70 production facilities and approximately 5,400 employees in five countries (U.S., Canada, Brazil, Colombia and Chile) across North and South America, Messer Americas is one of the largest industrial gas companies in the region. As part of The Messer Group, the company offers over 120 years of proven expertise in the safe and reliable production and delivery of industrial, medical and specialty gases. 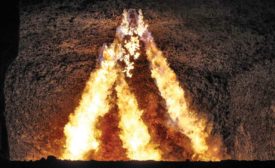 To continue a trend we started in 2017, Industrial Heating will highlight a topic on our website and list the most-popular articles under that topic according to page views. 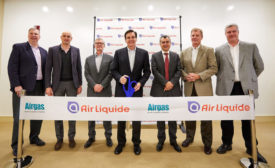 Air Liquide and its U.S. subsidiary, Airgas, opened the Advanced Fabrication Center (AFC) at the Air Liquide Delaware Innovation Campus in Newark, Del. The AFC focuses on helping industrial customers adopt new manufacturing technologies and more efficient and cost-effective production processes. It will deliver a continuous flow of development projects, innovations and exploratory R&D. Air Liquide’s manufacturing expertise in welding gases and advanced fabrication processes will be on display at the center.

Air Products announced plans to build a new liquid hydrogen plant at its La Porte, Texas, industrial gas facility to meet increasing product demand from several markets. The facility will produce approximately 30 tons per day and will draw its hydrogen to be liquefied from Air Products’ existing Gulf Coast hydrogen pipeline system network. Once liquefied at La Porte, the hydrogen will be delivered to customers in industries including metals and electronics. The plant is scheduled to be on-stream in 2021.

Praxair Inc., in accordance with its proposed business combination with Linde AG, signed an agreement to sell the majority of its businesses in Europe to Japan’s Taiyo Nippon Sanso Corp. for approximately $5.8 billion. This agreement is conditioned on the successful consummation of the Praxair-Linde merger and other regulatory approvals. The assets to be sold include Praxair’s industrial gases businesses in Belgium, Denmark, France, Germany, Ireland, Italy, the Netherlands, Norway, Portugal, Spain, Sweden and the U.K. and include approximately 2,500 employees.

Creating Damascus Steels with AM

Cold Mounting of Materialographic Samples with Emphasis on Fast-curing Resins

Cold mounting samples is often necessary to protect fragile or coated materials during preparation and to obtain perfect edge-retention. Struers offers two different types of cold mounting resins, epoxy and acrylic, the choice of which is determined by many factors including: type of material, specimen characteristics, quantity of specimens, and quality requirements.

Check out the August 2020 issue of Industrial Heating, featuring this month's MTI Profile on Certified Metal Craft, "Industrial Thermal Processing", and much more.