Plasma nitriding, also called ion- or glow-discharge nitriding, is an advanced surface-engineering technique that allows for treatment of many different engineering components made of ferrous and titanium alloys.[1-2]

Plasma nitriding is a complex process, and its control requires an understanding of the phenomena occurring at the interface of the glow discharge and the surface of the cathode/nitrided object.[1-6] Knowledge of heat exchange in the vacuum vessel is also needed.[6] Many large parts made of cast irons are nitrided at Advanced Heat Treat Corp. (Figs. 1, 2). 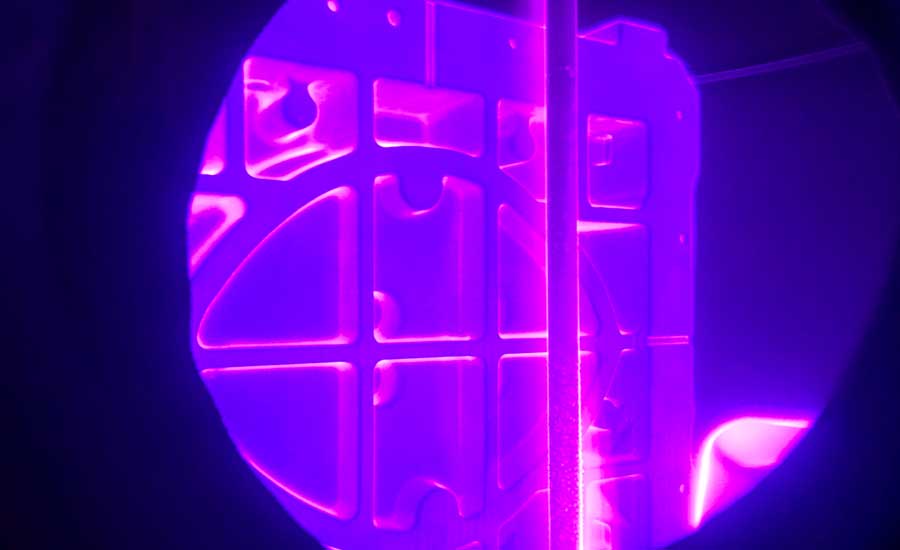 Fig. 1. Stamping dies during plasma nitriding. The bar in the center of the picture is the central anode.


All ferrous alloys, including stainless steels, can be nitrided without any special preparation/activation steps necessary with other nitriding methods. In plasma nitriding, simple mechanical masking of certain surfaces can be used. This might be necessary when parts with threaded holes and other areas need to stay soft after the treatment. This is a great advantage of plasma nitriding compared to gas nitriding. Plasma nitriding is a low-nitriding-potential method that allows a thin compound zone of nitrides to be produced without sophisticated control methods.[1]

Good and full control of the process requires proper control of the electrical plasma parameters involving frequency and voltage, but the temperature control of individual parts is a fundamental issue that most affects the final outcome. 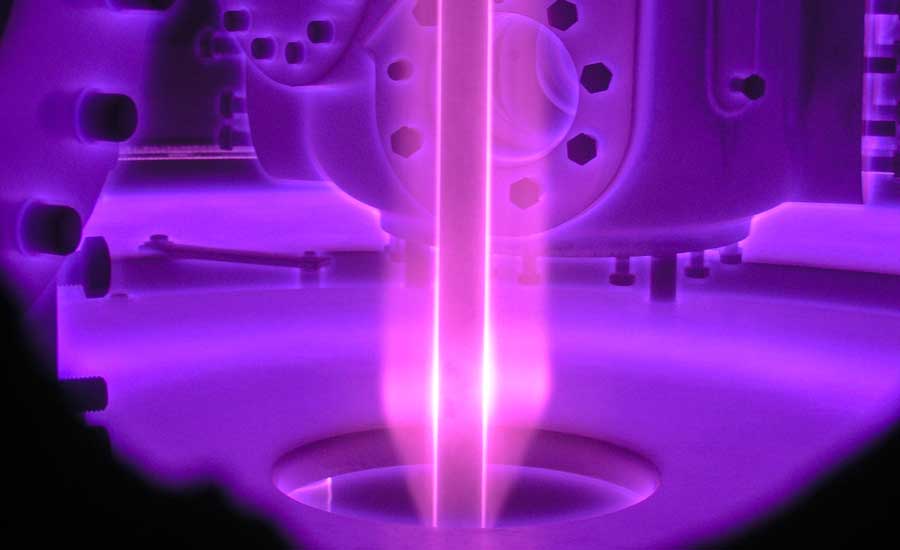 Fig. 2. Plasma nitriding of gas compressor cylinders. Note the thread-masking bolts. The bar in the center is the central anode.

UltraGlow® plasma/ion nitriding was started by Gary Sharp in 1981. Since then, Advanced Heat Treat Corp. (AHT) has grown and set up facilities in Waterloo, Iowa (two sites); Monroe, Mich.; and Cullman, Ala. The company operates over 50 nitriding units in various shapes and sizes. The longest unit is in Monroe and can handle parts, such as shafts and extruder screws, up to 400 inches long. Some of the longest shafts in the U.S. have been processed at AHT’s Michigan location. Large parts up to 110 inches in diameter, such as stamping dies, can be nitrided at AHT’s Alabama location in a vessel called “GLOWiath.”

Plasma/ion nitriding technology allows for treating stainless steel parts without any special preparations because plasma allows for quick and very efficient surface activation. Some of the parts requiring partial treatment can be masked off using mechanical masks, which are easy to apply and extremely effective. Mechanisms of the process are different than in gas nitriding. Therefore, powder-metal components with a low density can be very effectively treated.

Although control of plasma nitriding can be quite challenging, this article will concentrate only on temperature errors. Nitriding’s kinetics rate is dependent on temperature and is exponentially affected by it (Fig. 3).[1]

An illustration of a practical effect of an error in temperature control during nitriding is shown in Fig. 4. The graphs illustrate how important temperature is in forming total case depth in the example of nitriding steel Nit135M. An error of 50°F (28°C) in temperature measurement may require an additional 20 hours of processing to achieve the desired total case depth of 0.020 inch (0.5 mm). Errors like that could be caused by factors primarily related to the emittance effects and thermocouple problems. 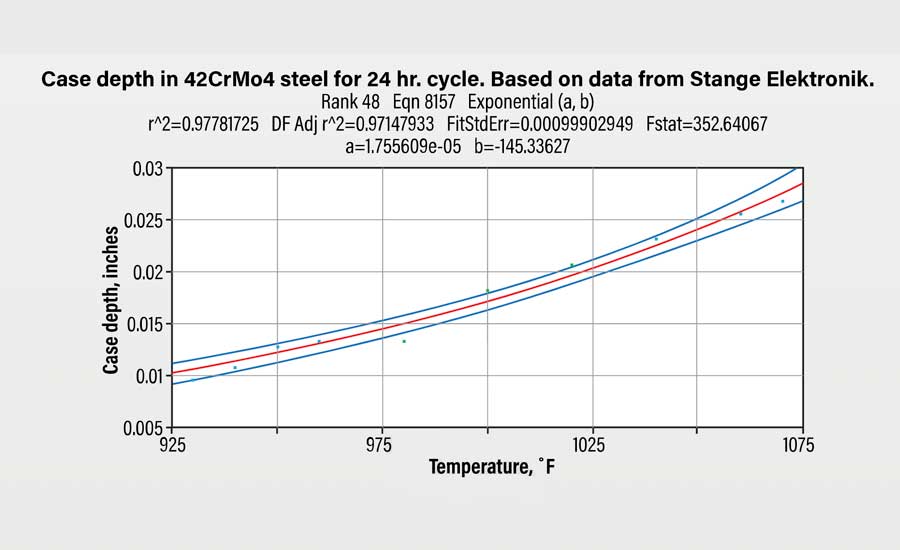 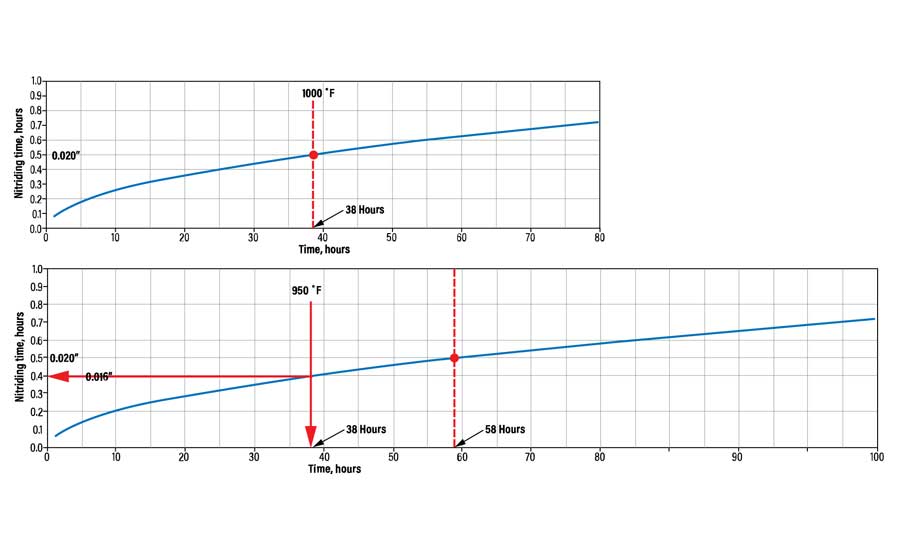 Fig. 4. Kinetic rates of nitriding for Nit135M steel at two different temperatures. The graphs were made based on Stange Elektronik software. 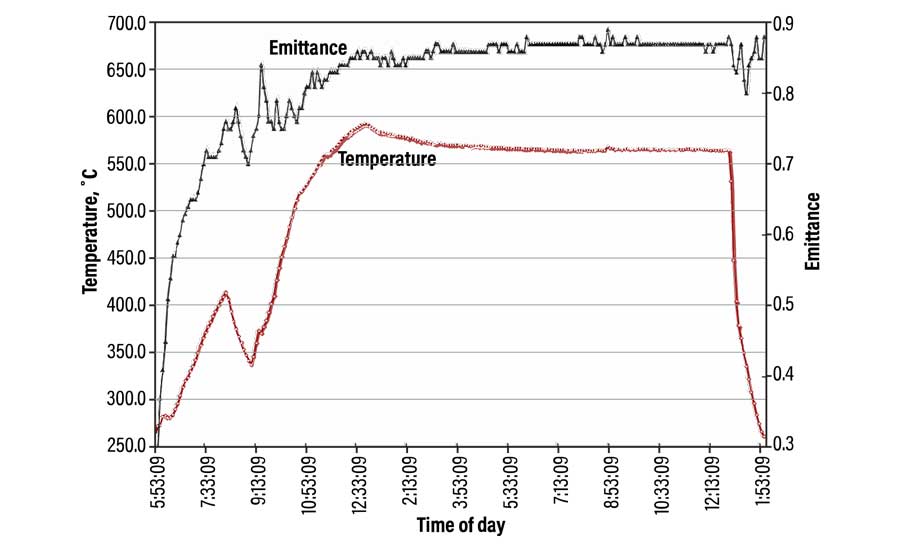 Fig. 5. Changes of the emittance and temperature of the fresh steel object during plasma nitriding. The thermocouple controlling the load was located in the high-emittance, nitrided block of steel. Picture adopted from E. Roliński and others.[6]

There are many ways of locating thermocouples in the objects controlling the load. One way, used for over 40 years in cold-wall vessels, is protecting the wire from the high-voltage plasma by locating it in the ceramic tubes inserted into the treated part or a thermocouple block.[7] Unfortunately, this method is sensitive to the insertion depth, and the real temperature of the object is higher than indicated by the thermocouple (Fig. 7). 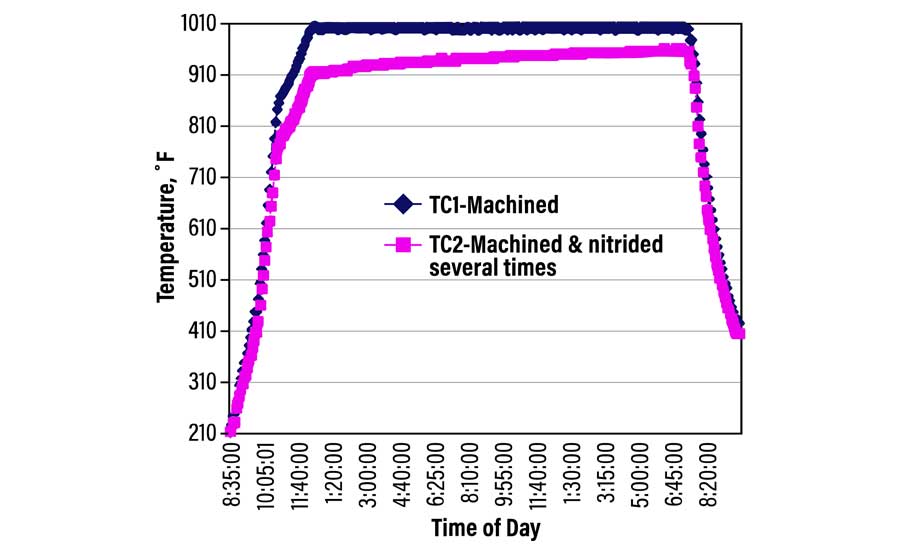 
Thermocouple wires, which are at high voltage and under glow discharge used in modern hot-wall vessels, are not so sensitive to the insertion depth. Their accuracy is much greater than the accuracy of others. Nevertheless, the effect of the parts’ emittance in those systems versus the emittance of the parts/blocks with a thermocouple in it still has a very important meaning.[4] 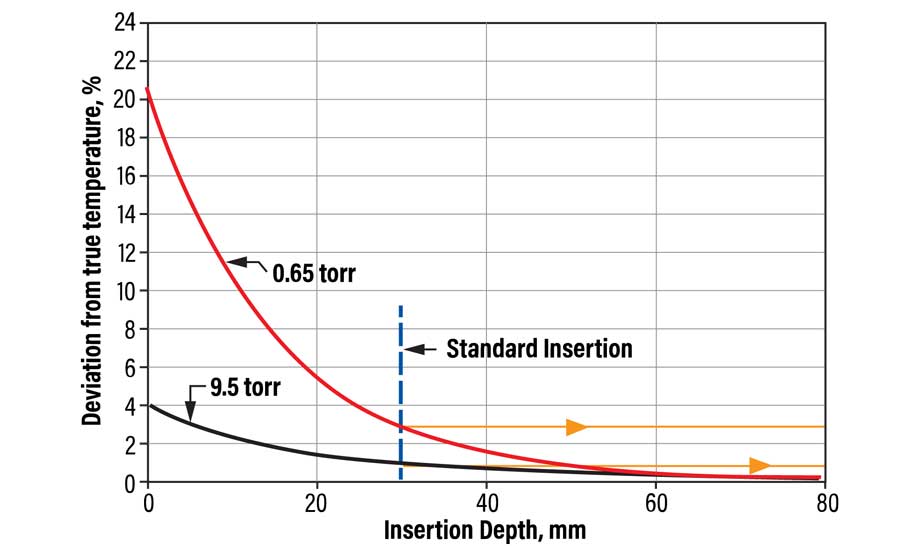 Fig. 7. Temperature errors caused by the insertion depth of the thermocouples with ceramics (per Klockner Ionon GmbH).

Plasma nitriding is an excellent method in treating parts made of a variety of different ferrous alloys. However, it is very sensitive to many control factors that need to be properly understood before the method is applied.