Shifting forces continue to drive reshoring higher, providing incentives for companies to produce at home. Supply-chain gaps and the need for greater self-sufficiency continue to be major factors driving reshoring. Destabilizing geopolitical and climate forces have exposed our vulnerabilities and the need to address them. Consequently, great opportunities have emerged for an enduring and meaningful rebound of U.S. manufacturing.

Continuing the current trajectory will reduce the trade and budget deficits, add jobs and make the U.S. safer, more self-reliant and resilient. I have outlined the factors, shifts and conditions that are motivating the trend. Are you thinking about reshoring? It’s time to act.


Factors That Make Now the Right Time to Reshore

Right now U.S. industry has its best chance so far this century to invest, increase productivity and reshore. These factors make now the right time. Capacity utilization is finally around the critical 80% level. Reshoring’s surge, driven by supply-chain disruptions, geopolitical risks and government funding will keep utilization high. Labor shortages are and will stay severe, driving automation. Students’ perception of manufacturing has improved and will respond further to higher-tech equipment. The lowest corporate tax rate in 80 years[1] and immediate expensing help fund investment and improve ROI.

A recent McKinsey study concluded, “The world will see a once-in-a-lifetime wave of capital spending on physical assets between now and 2027. This surge of investment – amounting to roughly $130 trillion – will flood into projects to decarbonize and renew critical infrastructure.”

We need to take advantage of this unique window in time.


Customers are Convinced That it’s Time

Mike McGaugh, CEO of Ohio-based Myer Industries, told investors on an October 2022 conference call, “Customers are convinced that it is time to build more close to home.” According to Plastics News, McGaugh said, “I think the supply-chain issues spooked some customers that we saw over the last two years or three years. And if you can make it in the Quad Cities as an example versus somewhere in southern China, even if the costs are little bit higher on labor, the ability to have rapid feedback and rapid delivery means something to our customers.”

Some examples of U.S. investments include: Panasonic’s planned $4 billion EV battery factory in Kansas; Tesla’s partnership with Panasonic for an additional $4 billion EV battery plant; Mercedes’ $1 billion Alabama investment in a battery factory and in revamping its nearby conventional SUV factory complex; and Honda and LG Energy Solution’s partnership to spend $4.4 billion to build a new battery assembly plant. Honda CEO Toshihiro Mibe said, “Aligned with our long-standing commitment to build products close to the customer, Honda is committed to the local procurement of EV batteries.”

Will your company be a part of this iconic giga-boom? 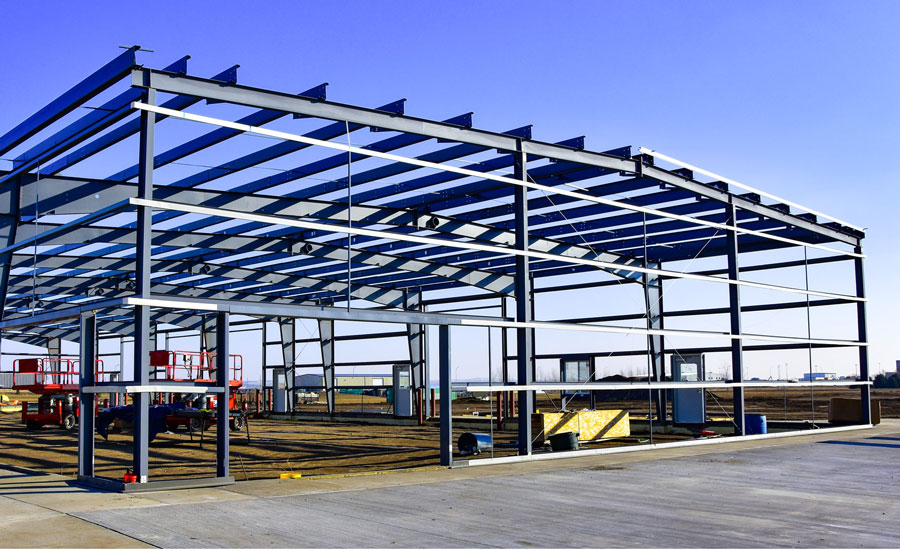 
U.S. Factory Construction is Up

For example, North Carolina-based Nucor Corp., the largest U.S. steel producer, is in-vesting a record-breaking $2.7 billion for a new sheet steel mill in West Virginia. It’s the largest single investment Nucor has ever made. The mill is expected to create about 800 new jobs.


Foreign Direct Investment (FDI) is Shifting to the U.S.

The U.S. economy is the largest and, in many ways, the strongest in the world, so it makes sense to produce here.

“One of the most striking things that we are seeing now is the number of companies – U.S. companies and global companies – that are committing to build and expand their manufacturing footprint in the United States,” said Brian Deese, National Economic Council director.

In May 2022, Tokyo-based auto components manufacturer Teijin Automotive Technologies broke ground on a $110 million expansion at its Indiana facility, creating up to 225 jobs. In June 2022, Teijin celebrated the official opening of its Seguin, Texas, facility. Teijin chose the Texas location to produce pickup boxes for the next-generation 2022 Toyota Tundra pickup truck motivated by customer responsiveness improvement, lead time and time to market.

Volkswagen (VW) plans to pivot to a more stable and predictable U.S. market as a resiliency strategy. VW CEO Herbert Diess recently told the Wall Street Journal in an earnings call, “We see that America will be untouched by what’s happening in Europe, so it should be geo-strategically a region in which we should invest more.”

China’s increasing strengths and weaknesses should sound alarms for companies producing and sourcing there. Military strength is up; economic growth is near zero and un-certain; and foreign companies are less welcome. The possibility of voluntary decoupling by China or a military incident over Taiwan are increasing. Bloomberg calculated that almost half of the world’s container ships and 88% of larger container ships transited the Taiwan Strait this year.

Additional forces include the ongoing Chinese labor shortage, rising wages and China’s zero-COVID policy. As U.S. companies recognize that China will not be as good a mar-ket as in the past and an unreliable source of goods, they will increasingly choose to reshore. A good example is Hardinge’s “Made in the USA” reshoring initiative. 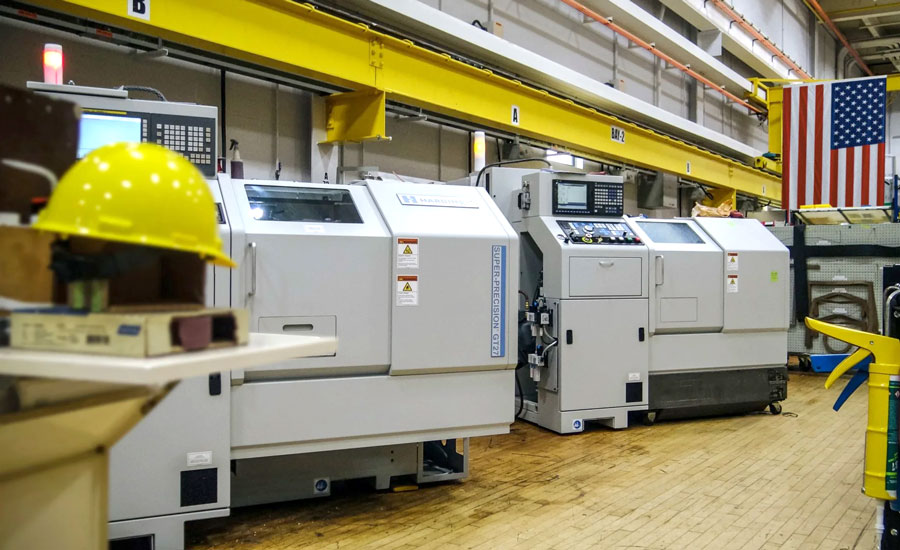 Hardinge Inc., a multinational machine tool and accessories builder with global head-quarters in Atlanta, received the 2022 National Metalworking Reshoring Award in recognition of its success in bringing manufacturing back to the U.S. Hardinge shifted the manufacturing of its milling and turning machine center solutions from its Taiwan plant to its facility in Elmira, N.Y.

“We are very proud to be recognized by the Reshoring Initiative and owe a tremendous amount of gratitude to the hundreds of Hardinge employees, both in the United States and Taiwan, who worked to make this initiative a success over the last two years,” said Jeremy Michael, vice president and general manager of Turning & Milling.

The current 2022 Reshoring Initiative projection of reshoring + FDI jobs announced is ~350,000, which is another record – up from 260,000 in 2021. If the projection is achieved, 2022 will bring the total jobs announced since 2010 to over 1.6 million. Forces likely to help include: government actions to reduce national dependence on imports of key products; continued growth in efforts by MEPs (manufacturing extension partner-ships), EDOs (economic development organizations) and states to enable reshoring and FDI; the environmental, social and governance (ESG) trend; continued increases in us-age of TCO (total cost of ownership) for smarter siting and sourcing; continued improvement in skilled workforce programs; and automation, Internet of Things (IoT), Industry 4.0 and artificial intelligence (AI) shrinking the unit labor cost gap. In addition, the U.S. dollar recently lost some of its excess value, making U.S. products more competitive.


Are you thinking about reshoring?

For help, contact me at 847-867-1144 or email me at harry.moser@reshorenow.org. Our main mission is to get companies to do the math correctly using our Total Cost of Own-ership calculator. By using TCO, companies can better evaluate sourcing, identify alternatives and even make a case when selling against offshore competitors. Given the forces behind reshoring, it is time to act.

Harry Moser is founder and president of the Reshoring Initiative. He was formerly president of high-end machine-tool maker GF Machining Solutions for 22 years.