Precise heat control is essential in temperature-sensitive applications. Even small deviations from the setpoint can result in defective or rejected products. Despite this, many facilities for heating or melting metals or glass, as well as annealing, drying and countless other applications, still burn fossil fuels. This makes maintaining precise temperature control challenging. It also produces significant emissions, meaning that it is incompatible with a move to net-zero carbon emissions.

There are several technologies for controlling electrical heating. Traditionally, electric furnaces have used power supplies based on variable-reactance transformers (VRTs) and saturable-core reactors. One main disadvantage of these technologies is that they generally operate at a low power factor (PF). The power factor is a measure of how efficiently equipment uses the electricity it is supplied with. Ideally, the PF should be unity (1), and a low PF indicates that the system is not cost-efficient.

A modern alternative is to use a thyristor-based system, which offers benefits in terms of lower peak power demand, load management and ease of use.

Modern thyristor-based heating controllers have highly accurate inputs and outputs. This, combined with advanced control algorithms, enables them to maximize energy efficiency and overcome common heating issues. Since electricity is one of the highest operational expenses for many facilities, this also results in significant savings.

For example, many industrial facilities use multiple heating elements. If left uncontrolled, this can produce a high peak power demand, resulting in high energy costs and potential grid instability. However, the load can be optimized by placing equipment under the con-trol of a programmable logic controller (PLC) and several proportional-integral-derivative (PID) controllers.

In this type of setup, the facility still requires good power quality. Modern controllers like ABB’s DCT880 offer a range of control methods, including phase-angle control; full wave/burst control; half wave control; and I-, U-, P- and I2 control. This ensures that the equipment is suitable for even the most demanding applications, such as those with short rise times or difficult hot-cold ratios.

Full wave/burst mode does not create harmonics and delivers the best power factor for a resistive load. A smooth distribution curve can be achieved even in challenging mid-load situations.

Only full wave/burst mode can be used for power optimization. It involves carefully timing the controllers to turn fully on or off to let full sine waves pass or completely block them.

The DCT880 also offers other solutions, such as half wave control, soft starts, soft downs and phase-angle control. 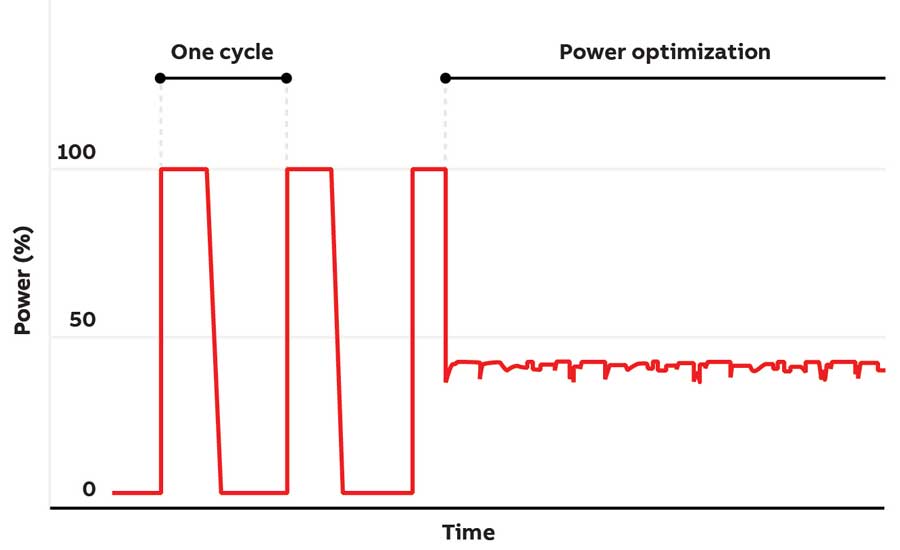 Fig. 1. This diagram shows the difference in curve volatility before and after the application of the Power Optimizer feature. The peak power draw in this ex-ample is now below 50% of the installed capacity.

Even with the use of full wave/burst mode, there is an impact on the grid. For example, several DCT880 units turning on and off at the same time would produce large cyclic power peaks in the supply and no steady energy flow.

The DCT880 overcomes this with a feature called Power Optimizer. This creates a steady load for the grid by placing the peaks in series. This is especially effective for heating applications because the heating element is not affected by the differences in timing.

Figure 1 shows the difference in curve volatility before and after the application of the Power Optimizer feature. The peak power draw in this example is now below 50% of the installed capacity.

Consider the example in Fig. 2. Eight heat consumers with 100 kilowatt (kW) and 200 kW operating powers are shown. Over a one-second cycle time, they use between 30% and 70% of the available maximum power. This means that there is uneven consumption; there is a peak after 300 milliseconds (ms) and a low after 600 ms. 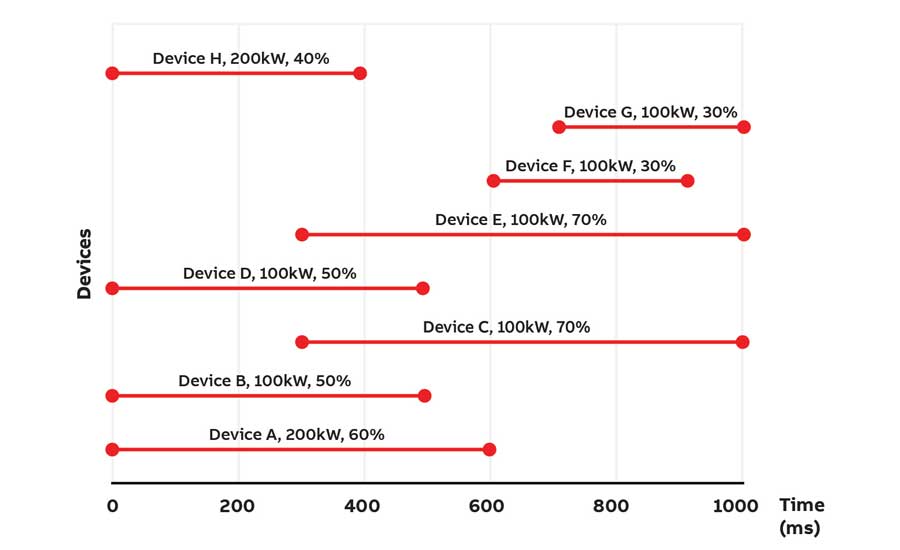 Fig. 2. Eight heat consumers with 100 kilowatt (kW) and 200 kW operating powers are shown. Over a one-second cycle time, they use between 30% and 70% of the available maximum power. This means that there is uneven consumption; there is a peak after 300 milliseconds (ms) and a low after 600 ms.

Figure 3 shows the same eight heat consumers operating in a mathematically optimal solution, such as that provided by Power Optimizer. The power consumption remains steady at 500 kW, providing a steady load on the grid.

This can also be achieved in challenging mid-load scenarios. For example, multiple de-vices working at over half utilization will produce a peak somewhere during the cycle. However, by splitting some of the on-cycles – switching a consumer on and off twice during one optimization cycle – optimal consumption can still be achieved.

Where necessary, the heating controller can also perform active load management by load shedding. It does so according to pre-established prioritization using the node number, minimizing disruption.

If the master Power Optimizer goes offline, the DCT880’s redundant master feature will automatically identify a follower to take on the master role. This enables a network of heaters to maintain power optimization even if only some of the units are online. 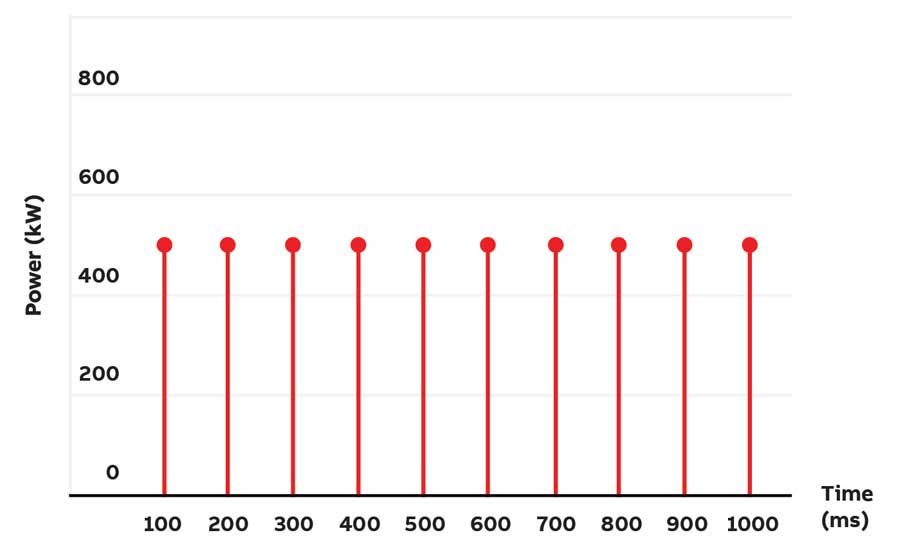 Fig. 3. This graph shows the same eight heat consumers operating in a mathematically optimal solution, such as that provided by Power Optimizer. The power consumption remains steady at 500 kW, providing a steady load on the grid.

Poor user interfaces can limit the ability of the customer to use the features available and can even introduce safety risks. To ensure that facilities adopt the advanced features, modern controllers like the DCT880 are designed to be both flexible and easy to use.

The control panel includes a high-contrast, high-resolution display. It presents an intuitive interface, enabling customers to navigate the options available in plain text and in multi-ple languages.

Advanced controls are available by connecting a PC using Ethernet or USB. This pro-vides access to the full suite of controls available across ABB’s all-compatible devices platform (includes DCS880 and ACS880). The same PC tool is used to quickly set up DC and AC drives. Secure control over the Internet is also possible using a NETA-21.

The DCT880 itself has a wide range of standard inputs and outputs, as well as room for three extension modules. It contains three free process controllers. This enables the customer to adapt it to meet the exact process requirements. With the optional IEC standard application programming tool, the DCT880 can be adapted to more demanding control structures. The device’s fieldbus adapters enable it to communicate with other components across a facility’s automation network.

Norwegian unbleached pulp producer Vafos Pulp (Fig. 4) had long used oil for the drying process at its Kragerø plant. However, the company was concerned with the carbon emissions from burning oil. In 2022, the plant replaced its 9-megawatt oil-fired boiler with electric heaters.

Vafos wanted to control the new heaters in a way that would maximize safety and operational efficiency while minimizing downtime. As a result, it selected 10 ABB DCT880 power controllers. They were mounted in containers at the facility.

The power controllers enable Vafos to control the drying process with more precision than when oil was used. The switch to electricity also eliminates the need to store oil on-site. The DCT880 Power Optimizer creates a steady load that minimizes disruption on the local electricity grid.

Because the plant uses renewable electricity from hydropower, switching away from oil results in an annual reduction of approximately 14,000 tons of CO2. That is equivalent to removing 7,000 combustion-engine cars from the road. 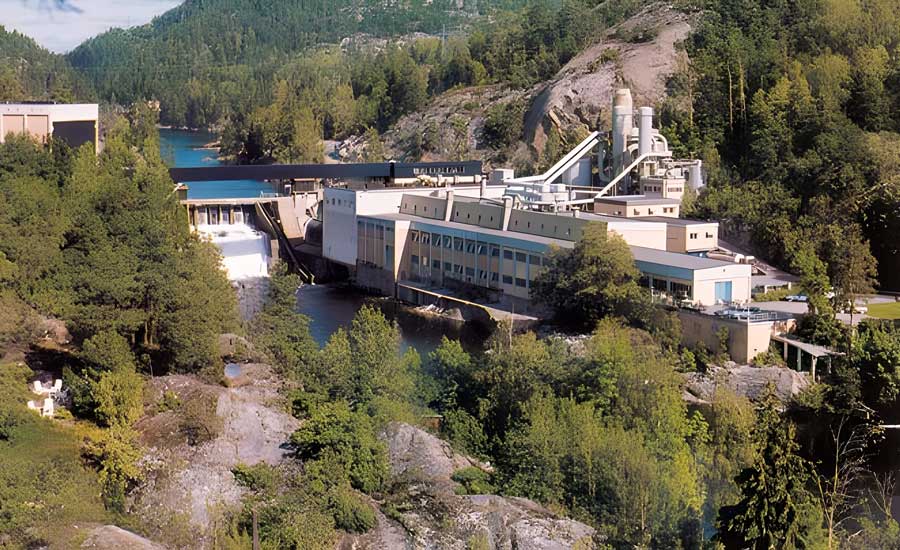 Although a precision electrical heating control system costs more upfront than cheaper alternatives, it has a lower total cost of ownership. This is because of the considerable energy savings it provides. Electronic control systems also contribute to delivering a superior product because they offer precise, rapid temperature control.

For more information: Falk Scheinhardt is head of product management for DC Drives as part of the ABB System Drives division in the Motion business area. He started his career at ABB in 2001 and has nearly 20 years of experience in various roles in research and development. He can be reached at falk.scheinhardt@de.abb.com.