Hardness testing determines the success of the heat-treatment procedure and the material’s response to that heat treatment. The results of a hardness test can indicate: 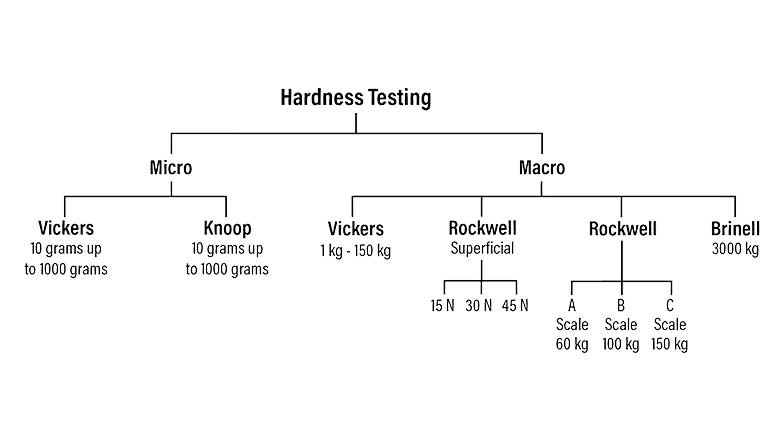 The heat-treatment process or pre-condition of the metal will determine the surface condition to be tested. The metal can be in a condition of having:

If decarburization (a loss of surface carbon in the steel/surface) exists, then the steel will have been subjected to:

For through-hardened steels, in order to achieve a good and true hardness result, it is necessary to test the substrate material by grinding beneath the oxide and decarburized layer.

The use of a fine grinding wheel with only a light surface pressure should be used. This will create surface friction (thus generating heat) that can begin to adversely affect the accuracy of the hardness result obtained. If the heat-treated surface is a previously ground/polished finished surface, then one cannot grind that surface.

It is very likely that the surface may not be decarburized. If that is the case, then one should select an area where no indenter impression will affect the finish-ground surface. This could be a sidewall face, the reverse side of a die or a representative test coupon that has been treated with the product.

One cannot always grind into the finished surface. If this occurs, then it will most likely mean that the treated surface will begin to be depleted in carbon, nitrogen or boron.

Care must now be given to the load, particularly if the formed case is thin. A heavy load will penetrate the resultant case and will result in a false/incorrect reading. A simple rule of thumb is “The shallower the case, the lighter the hardness-testing load.” 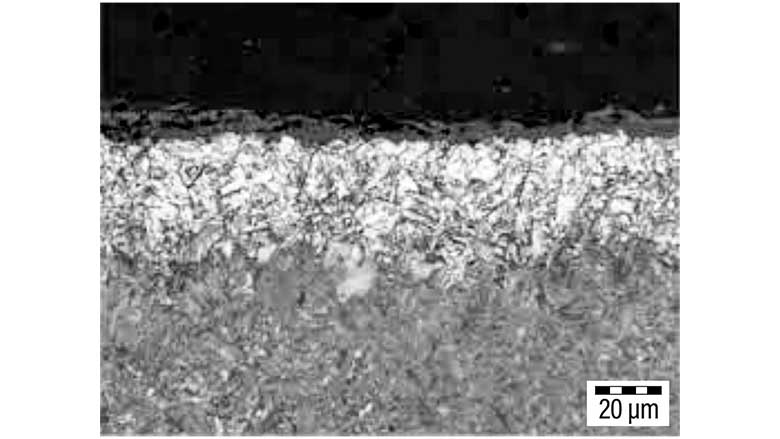 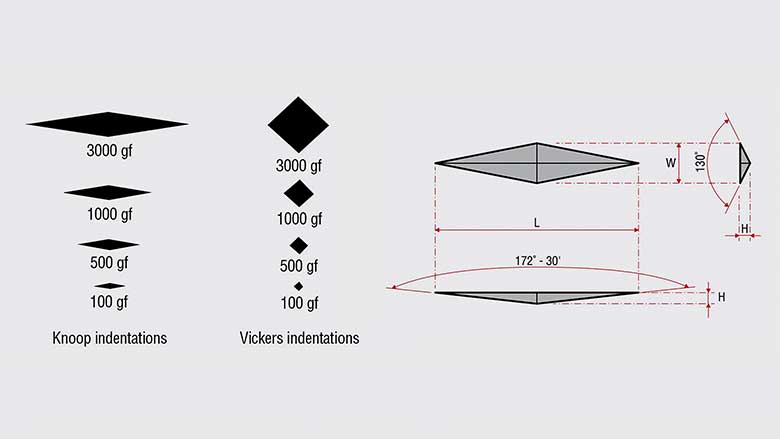 If the objective of the hardness test is to measure the depth of case, it will be necessary for the test operator to understand the definition of case depth. Case depth is the formed case that has occurred to whatever depth was specified. There are two definitions:

The hardness-test is usually a micro-hardness loading, which can vary from 10 grams up to 1,000 grams load mass. The thickness of the diffused case determines the load that is selected. Generally, a 200-gram to 300-gram load is used to determine a total case depth. 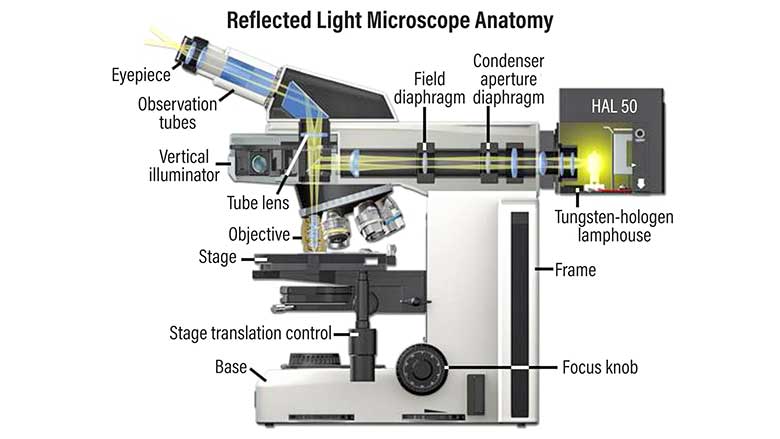 Whichever procedure is selected for the process of hardness testing, it is necessary that the test method is chosen carefully and that the test is conducted in an accurate and meaningful manner.

This test will determine the effectiveness of the heat-treatment process that has been performed. It is very important that the quality-assurance technician and/or heat-treatment associate has a good understanding of the test methods, the load/indenter selection and the interpretation of the results to produce accurate hardness values.