Believe it or not, there is good news out there regarding the economy. In fact, if you were to browse through the news section of our website, you can find several large investments in U.S. manufacturing – as well as the resulting creation of jobs – since the start of the year.

In January, Novelis Inc. announced a $365 million investment to build a highly advanced recycling center for automotive aluminum. The facility will be built adjacent to Novelis’ existing automotive finishing plant in Guthrie, Ky. When fully operational, the facility will create approximately 140 new jobs. Commissioning is expected in 2024. Ground was broken in May.

That same month, Nucor announced that it would build a $2.7 billion sheet mill in Mason County, W.V. Although construction is expected to take two years, the facility will employ approximately 800 full-time workers when operational.

Intel announced plans for an initial investment of more than $20 billion to build two chip factories in Ohio. As the largest single private-sector investment in Ohio history, the initial phase of the project is expected to create 3,000 Intel jobs and 7,000 construction jobs over the course of the build. Construction is scheduled to begin in late 2022, and production is expected to come online in 2025

In early February, Nucor Corp. announced that its board of directors approved a $290 million investment to expand the product capabilities of its Crawfordsville, Ind., steel sheet mill. The investment will create 80 jobs, and the project is expected to take two years to complete.

Later in February, U.S. Steel broke ground in Osceola, Ark., on the company’s next-generation highly sustainable and technologically advanced steel mill. According to U.S. Steel, the $3 billion steelmaking facility will be the largest private project in the history of Arkansas. It is expected to bring 900 plant jobs to the area, along with thousands of construction jobs.

In the news yet again, Nucor announced in early April that it would build a new rebar micro-mill with an annual capacity of 430,000 tons in Lexington, N.C. Expected to cost approximately $350 million, the mill will employ approximately 200 full-time teammates when operational and create an additional 500 temporary jobs during construction.

Also in April, MP Materials Corp. began construction of its first rare-earth metal, alloy and magnet manufacturing facility in Fort Worth, Texas. The $700 million project will create around 150 high-skill jobs and 1,300 indirect jobs.

In early May, Atlas Tube, a division of Zekelman Industries, opened its newest steel mill in Blytheville, Ark. According to the company, the $150 million project is the largest private investment in the U.S. steel industry in the last decade and is expected to create over 75 new jobs.

Novelis (apparently not satisfied with its $365 million investment in Kentucky) announced in mid-May that it would invest $2.5 billion to build a new low-carbon recycling and rolling plant in Bay Minette, Ala. The facility, which will have an initial capacity of 600 kilotonnes of finished aluminum goods per year, is expected to create up to 1,000 jobs. According to Novelis, the facility will be the first fully integrated aluminum mill built in the United States in 40 years. The company expects to begin commissioning in mid-2025. 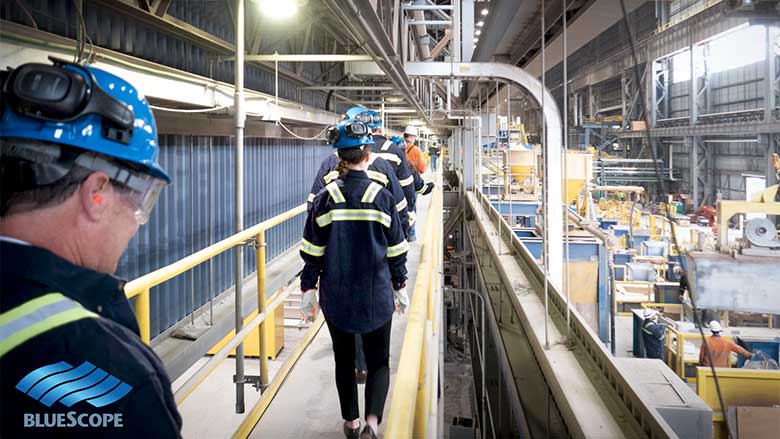 In late May, Hyundai Motor Group (HMG) announced that it would invest more than $10 billion in the United States by 2025. As part of the investment, HMG announced a $5.54 billion plan to establish its first dedicated EV and battery manufacturing facility in Georgia to build a range of electric vehicles. The plant in Bryan County will break ground in early 2023 and is expected to begin commercial production in the first half of 2025.

The EV news kept coming in May when Stellantis N.V. and Samsung SDI announced a $2.5 billion investment to establish an EV battery manufacturing facility in Kokomo, Ind. The project will create 1,400 new jobs. Targeted to start up in 2025, the plant will supply battery modules for a range of vehicles produced at Stellantis’ North American assembly plants.

U.S. Steel announced in late May that it would add a pig-iron caster at its Gary Works facility in Indiana. Pre-construction for the caster began in the first quarter of 2022, and start-up is expected in early 2023. The $60 million investment will create approximately 25 new jobs to the facility.

There were two huge investments announced in June. Manna Capital Partners, a private investment firm, committed to creating over 950 jobs and investing more than $2 billion in the construction of an aluminum-can sheet rolling mill and recycling center in Valencia County, N.M. Construction is scheduled to begin by late 2023, and manufacturing in anticipated to begin in 2026. Ford, meanwhile, announced plans to invest $3.7 billion and add more than 6,200 new union manufacturing jobs in Michigan, Missouri and Ohio. The company will also convert nearly 3,000 temporary UAW-Ford workers to permanent full-time status.