In a January 2022 survey of four metalworking manufacturing associations for which I lobby in Washington, D.C., 133 respondents said their company spends on average $247,526 annually on energy and expected a 10% increase. This came prior to the Russian invasion of Ukraine leading to skyrocketing energy costs around the world.

Although the U.S. economy shrank in the first quarter of 2022 largely on lower net exports, durable goods expanded by over one-third of a percent, ranking as the second highest growth sector of the economy. This increased manufacturing activity leads to more energy consumption and (of course) higher costs.

The U.S. Energy Information Administration said in March 2022 that they expect electricity use by the industrial sector to increase 20% between 2021 and 2050. This additional energy usage by manufacturers is an important sign of growth for the U.S. economy, but it also means the stress on demand in the markets could continue. Many businesses wonder where they can find energy savings. Will the policies coming from Washington, D.C. help or hurt?

President Reagan once said that the nine most terrifying words in the English language are, “I’m from the government, and I’m here to help.” It is more of a mixed bag when it comes to energy policy, with a lot being determined at a later date – possibly years after the government’s changes take effect.

One area difficult for the Biden administration to reconcile is their drive to increase manufacturing pro-duction in the U.S. while using clean energy and reducing demand for fossil fuels. According to a re-cent study, the clean-energy transition envisioned by President Biden would require total investments of roughly $10 trillion by 2050, an unlikely scenario given today’s political environment. However, that is the long-term goal. Today, the White House and most of Washington, D.C. want manufacturers to make more here at home – even if that means additional pollution and energy consumption.

This is not the first time a politician speaks out of both sides of their mouth and tells you that square peg will work. The White House in February set forth their manufacturing agenda, which includes significant investments in new factories, rare-earth mineral extraction and reshoring supply chains to the U.S. President Biden went so far as to call on the oil companies to extract more domestically. The latest oil-rig count on April 29, 2022, showed a 258 increase over the previous year.

Experts believe that the extraction and processing of minerals and oil in the U.S. will help lower the cost of energy, especially as an increasing number of policymakers want an “all of the above” approach to sourcing (including nuclear). The new bipartisan infrastructure and transportation law pro-vides $20 million in rebates for electric system upgrades for utilities, and the Department of Energy is launching clean-hydrogen initiatives using $9.5 billion in funding under the new law. The expectation is that more supply of energy will help meet that growing industrial demand while also hopefully lowering costs. 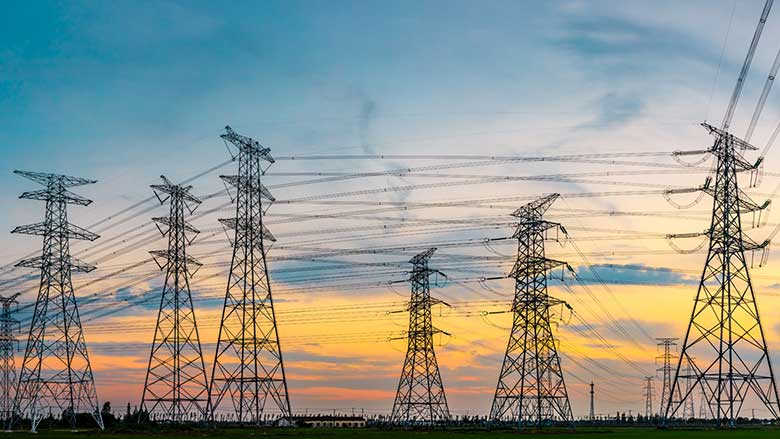 Federal and state governments offer numerous savings in the form of tax incentives for manufacturers, and businesses can employ many strategies to reduce their costs – with a strong emphasis on green technologies and efficiency.

On the other side of savings are, of course, losses and increased costs. A bipartisan group of U.S. senators is discussing implementing a border adjusted tax on carbon-intensive imports. Many see this as an option to address climate change, protect some U.S. industries from global trade and target goods from high-emissions countries such as India and China. A carbon border adjustment tax is effectively a tariff that would use a carbon price to determine the tariff rate applied to an imported product. To those who import goods from these and other nations, businesses could see an increase in costs.

Depending on the outcome of the November 2022 elections and control of Congress, a carbon tax with a border adjustment mechanism is still likely a ways off. However, Europe already has a system online. Policymakers in Washington are closely watching the European Union’s Carbon Border Adjustment Mechanism (CBAM). The EU launched the CBAM as part of its carbon neutrality initiative by 2050 to have imported goods pay a price for their carbon emissions – similar to what European manufacturers pay under the Emission Trading System.

Any U.S. program that would tax American businesses and foreign imports for their carbon footprint would take an act of Congress and at least 10 Republican senators. Five GOP senators began meeting with Democrats in May on a pathway forward to implement a border adjustment tax for carbon emissions. For a global system to counter China and other large polluters, the U.S. would likely need to coordinate a global approach that includes the EU, Japan, South Korea and other industrialized nations.

Energy solutions can come from Washington but only through a bipartisan approach. We have started to see a slow shift in tone on both sides of the aisle on energy policy. Democrats are more open to nu-clear power and cleaner coal and drilling in the short term in exchange for future investments. Some Republicans are increasingly willing to accept the need to address carbon emissions, though the phrase “carbon tax” makes the GOP scatter.

The war on Ukraine served as a wakeup call for policymakers around the world when it comes to energy. Each country is internally exploring how to protect their economic and national security by reducing their exposure to volatile energy sources. In the U.S., politicians seemingly want to have it all: more domestic sourcing, increased industrial activity while reducing emissions, improved efficiency and increased use of renewables. Manufacturers could benefit from this combination of policy proposals, but politicians in Washington will have to engineer a way for the peg to actually fit.