This website requires certain cookies to work and uses other cookies to help you have the best experience. By visiting this website, certain cookies have already been set, which you may delete and block. By closing this message or continuing to use our site, you agree to the use of cookies. Visit our updated privacy and cookie policy to learn more.
Home » Better Flue Gas Analysis Improves Combustion Control
Industrial Gases & AtmospheresProcess Control & Instrumentation
PROCESS CONTROL & INSTRUMENTATION

Anyone who has struggled with getting a campfire or a traditional fireplace going knows that managing combustion is harder than it looks. Getting solid fuel (wood, paper) sufficiently gasified through pyrolysis requires heat, effective airflow and minimal moisture. By comparison, a natural-gas-fired boiler or fired heater should be a piece of cake, right?

Lighting the fire is normally not a problem. However, achieving efficient or optimized combustion is another matter. What’s more, efficient and optimized combustion aren’t always the same thing. So how does a seemingly simple process with only two variables (fuel and air) get so complicated, and how do operators determine how to control it?

When dealing with industrial-scale combustion processes, the only practical analysis method is looking at the chemical composition of flue gas coming out of the stack. This is not new as a concept, but the methods are evolving.

In the old days, the fireman responsible for feeding a boiler evaluated combustion efficiency by watching the smoke. If the fire was big enough to maintain steam flow with light gray smoke, that was the desirable condition. Locomotives often had placards reminding the crew: “Black smoke is unburned fuel.” This concept has returned in a more modern form.

Virtually any industrial-scale combustion process has some type of oxygen sensor mounted on the stack to monitor airflow. Ideally, the amount of air drawn or forced into the firebox should not exceed that which is necessary to support full combustion of the fuel. Any air beyond that level reduces overall efficiency since the heat generated simply warms excess air rather than being transferred to the process.

The question is how closely airflow can match fuel flow since no combustion process is perfect. Some fuel will remain unburned, and it is better to have slightly more air than necessary (lean) rather than too little air (rich). Some companies extend their oxygen analysis by looking at the fuel flow rate and calculate the theoretical amount of air necessary for perfect combustion, also known as the stoichiometric rate. For a natural-gas-fired unit, operators usually try to keep excess oxygen between 5-10% to compensate for areas where there might be inadequate fuel and air mixing. 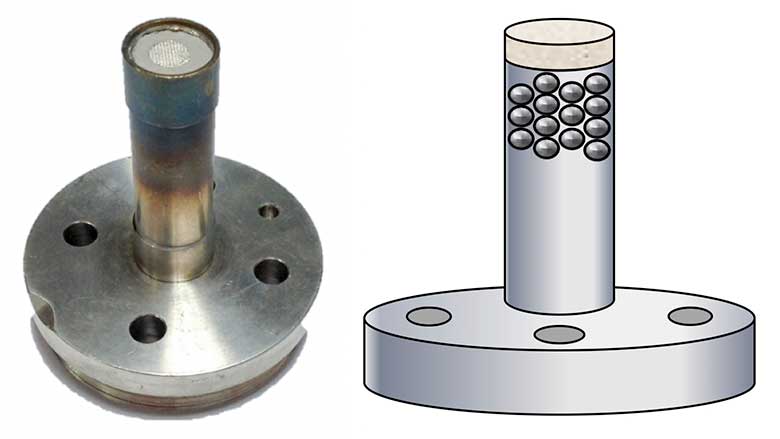 Fig. 1. The catalytic combustion action of this zirconium sensor, as used in Emerson’s Rosemount™ 6888A in-situ oxygen analyzer, consumes the stoichiometric oxygen along with the unburned fuel so all that remains is excess oxygen.

With the right type of oxygen sensor, it is possible to determine how much of the oxygen in the stack is part of the stoichiometric amount, which is left over due to less-than-perfect combustion, and which is truly excess oxygen. A zirconia sensor has a particular characteristic that allows it to measure only true excess oxygen. Flue gas flowing into the sensor includes both oxygen and any unburned fuel. Given the high temperature and high surface area of the sensor’s platinum beads (Fig. 1), combustion of any remaining fuel traces is completed through catalytic oxidation. So when the fuel is consumed, the stoichiometric oxygen is consumed with it. Since all combustion is completed, any oxygen still measurable represents excess oxygen.

If operators don’t know the true excess oxygen measurement, they might reduce airflow to a point be-low the stoichiometric amount, resulting in a wasteful fuel-rich mix. The oxygen sensor will be able to show that there is very little excess oxygen, but it will not be able to detect the unburned fuel. 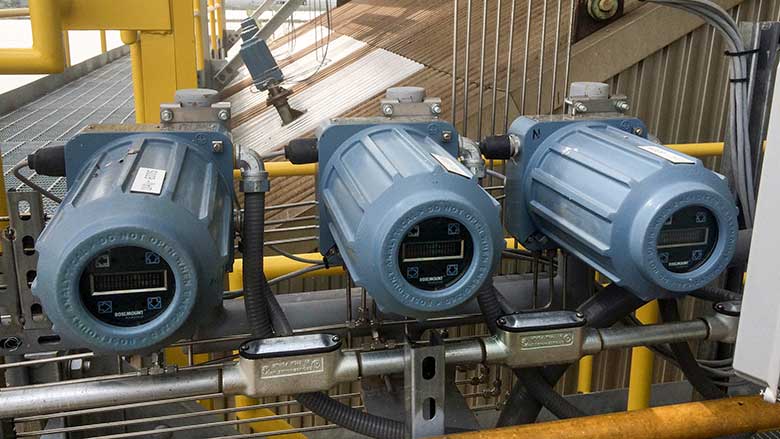 More sophisticated combustion analyzers begin with a zirconia oxygen-sensing element and add a second stage: a catalytic bead sensor (Fig. 2) designed to measure residual combustible gases, including carbon monoxide and hydrogen. Presence of these represents unburned fuel or only partial combustion. This sensor technology combination is robust and able to withstand difficult environments, including the presence of pollutants such as sulfur dioxide.

The sensor mounts on the duct or chimney, with a probe that extends into the gas stream. The analyzer itself is directly attached to the probe, so there are no sample lines extending to a remote analyzer and no required sample conditioning steps. It can handle gas temperatures up to 2600°F (1425°C) without the need for any cooling or other protection.

An eductor pulls gas through the sensing elements and then returns it to the duct, so there is no venting to atmosphere. The sensor element itself is protected by a simple filter, and the sensor assembly is field-replaceable, which simplifies maintenance and spare-parts inventory. Hazardous-area versions permit mounting in various locations around refineries and chemical plants, where there is potential for explosive and flammable releases. 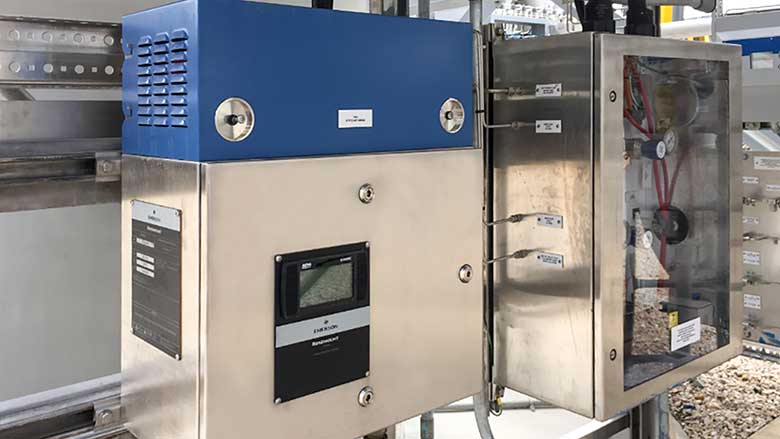 As discussed earlier, combustion processes are complex. Sometimes, an effort to achieve the highest degree of efficiency differs from optimization. How is it possible to make this critical differentiation? We need to look at three areas of interrelated concerns: 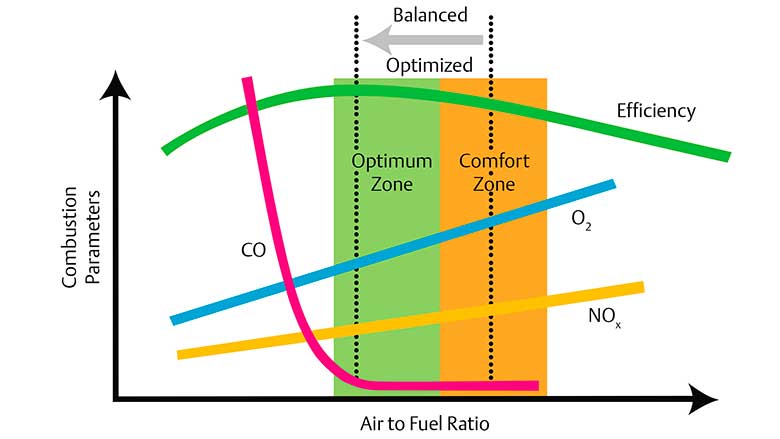 Fig. 4. As more data is added, it becomes easier to choose the optimum operating point.

How are these three concerns interrelated? Like many engineering concepts, combustion can be rep-resented as a series of superimposed curves on a common graph (Fig. 4).

Fig. 4 depicts the difficulty of optimizing combustion when only an O2 sensor is used. Adding CO and NOx sensors gives a more complete picture and provides operators with the information needed to safely optimize combustion.

Moving horizontally, efficiency reaches its peak as O2 increases, but then it begins to decline as excess air robs the process. This should be familiar to any combustion engineer, who will likely say the unit should be running where the efficiency curve is highest.

The NOx output from the CEMS analyzer grows along with airflow, while the CO output declines. Operating closer to the peak of the efficiency curve minimizes both these harmful emissions.

Where is the best operational point?

Like so much related to plant operations, there is no hard-and-fast answer for selecting the best set of running conditions. The same installation can change along with output demands and general process conditions. One installation may have a much different set of curves on its graph than another due to different burner designs or heat-recovery methods. One may have tighter restrictions on emissions than others, or there may be greater safety concerns related to residual combustible gases.

The key is having all the data necessary for making critical evaluations, and this calls for analyzer technology capable of delivering a full picture of the process. When there is only an oxygen measurement, much is left to guesswork. Operators may reach a comfortable point, but it might be far from optimal. True optimization – possible with the right analyzer technology – creates a balance between low fuel costs, process effectiveness, managed emissions and a safe workplace.

For more information: Andrew Smith is Global Product Manager, Emerson Automation Solutions (www.emerson.com/rosemountcombustionanalysis) in Shakopee, Minn. He can be reached at 888-889-9170 or andrew.j.smith@emerson.com.

All images provided by the author, except where noted.