Government and the Auto Industry: Passengers Together

During the debate over the Affordable Care Act more than a decade ago, a manufacturing client of mine testified before the U.S. Congress that he was tired of being in the healthcare industry and just wanted to make parts. Twelve years later, the involvement by the government with the auto industry and its suppliers has only increased – from trade and tariffs to state and federal regulations and new disclosure and reporting requirements. Looking backward, however, only provides so much help for the auto industry as it plans for the next half-decade, which will bring major changes to companies from OEMs to Tier II and III suppliers.

Starting with international trade before coming home, current and future Oval Office occupants face a vastly changed international landscape following the single term of former President Donald Trump. Tariffs of 25% on steel and 10% on aluminum imported from around the world remain in place with the exception of the European Union, United Kingdom and Japan, with which the Biden administration negotiated Tariff Rate Quotas.

While many Tier I and other downstream suppliers operate under OEM-sponsored steel buy programs, the federal government’s involvement in the steel and aluminum markets is unlikely to significantly lessen prior to 2024.

Separately, under the Section 301 proceedings against Beijing, the 25% and 7.5% tariffs on imports from China imposed starting in July 2018 remain in place. As reported in January 2022, U.S. Customs and Border Protection assessed over $123.5 billion in tariffs on U.S. companies that import products from China, including hundreds of companies in the automotive industry. The White House must re-view whether to extend the tariffs beyond July 2022, with some calling for a new set of restrictions on a separate set of imports. 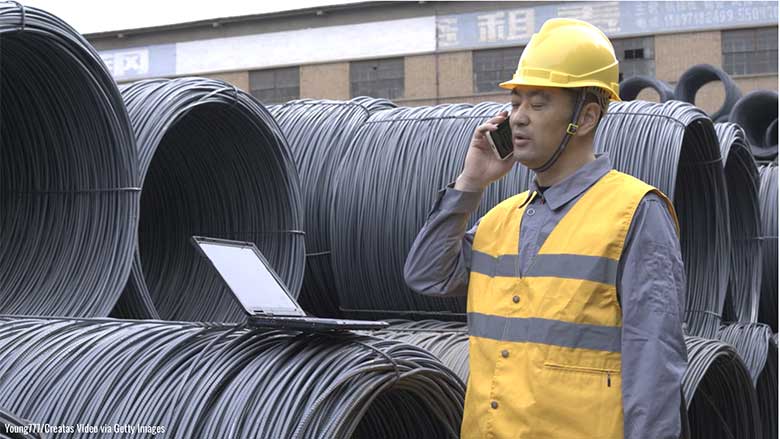 Tariffs on Chinese tooling, machinery and goods are likely to continue in some format, possibly into 2024. For some companies, this provides protection from Chinese competition. For others, it is a continued input cost factor to consider imposed by the federal government.

From a regional standpoint, the automotive industry led the charge in Washington, D.C. during talks to update NAFTA, an agreement negotiated largely at the end of the 1980s and still governing North American trade in a completely different economy. Unfortunately, the new NAFTA, termed by the Trump administration as the United States-Mexico-Canada Agreement (USMCA), is not bringing the expected relief the auto industry had envisioned.

There remain continued complaints over USCMA certifications, conflicting product classifications for the same good and an automotive rules-of-origin regime that creates more complications as parts move across borders, often multiple times. Even as most agree that the rules of origin do not align with reality and other compliance burdens remain, the auto industry is unlikely to see major changes to the agreement in the next year.

Within our own borders, federal and state governments are seeking to put their imprint on the automotive industry. The state of California continues to tighten emissions limits covering nitrogen oxide (NOx) and particulate matter (PM) emissions from on-road heavy-duty vehicles for model years (MY) 2024 through 2031.

The Biden administration picked up where President Obama left off on passenger vehicles with federal regulators in late March 2022, issuing a final rule for vehicle model years 2024-2026. It includes an 8% increase in miles per gallon (mpg) for MY2024 and 2025 and then mandates a 10% increase for MY2026. The new standards will require an industry-wide fleet average of roughly 49 mpg in the 2026 model year. Most OEMs are relatively supportive of the new requirements because they see flexibility in the rule and the potential for sales of new models. For some suppliers, this could bring opportunities for new orders but also new costs and risks.

The automotive industry is among the most regulated by the federal government. In some cases, however, an informal agreement can come together allowing companies to innovate and develop new technologies. In a significant development, the Department of Transportation issued a final rule in March 2022, laying the groundwork for automated driving systems (ADS), also referred to as autonomous vehicles (AVs). For the first time, the federal government set forward rules to account for vehicles without a “driver’s seat” or “steering wheel,” and began to address occupant safety standards. While not a full green light to deploy AVs throughout the U.S., regulators provided the automotive industry with a roadmap to develop new technologies and quicken implementation.

Looming a little closer along the horizon are reporting requirements for sourcing materials, machines, or other goods and services from China’s Xinjiang Uyghur Autonomous Region. Starting on June 21, 2022, businesses that import products from China must comply with the “rebuttable presumption” clause of the Uyghur Forced Labor Prevention Act. This presumes that all goods manufactured, even in part, in the Xinjiang Region are done so using forced labor and therefore are not permitted entry into the U.S. Automotive suppliers should prepare to answer questions from up the supply chain as to the source of not only their products but those of their supplier’s supplier.

Two words are missing thus far in this column: semiconductors and batteries. These are major areas of bipartisan attention in Washington, D.C. On Capitol Hill, legislation is pending to provide $52 billion to incentivize the domestic manufacturing of semiconductors, although most experts believe building a new foundry to fabricate the product would take at least 18 months in the best of circumstances. The development of electric-vehicle batteries is a focal point for the White House, which invoked the Defense Production Act in March 2022 to promote the domestic mining and processing of critical minerals such as lithium, nickel, cobalt, graphite and manganese.