There are few things in Washington, D.C. on which Democrats and Republicans can agree on these days. I first arrived in the nation’s capital the year prior to President Clinton’s impeachment at a time when tensions were certainly on the rise, but it was nothing to the extent I see today in my work on Capitol Hill.

The issues on which both parties are even willing to work together are so few most of us can predict the outcome of a bill before it hits the floor for a vote. The one exception to this unfortunate rule is apprenticeships. In just the first year of the current Congress, lawmakers introduced nearly 70 bills focused on apprenticeships – nearly all bipartisan and some becoming law.

Speak with any manufacturer or distributor and to a person they will have a story to share about challenges recruiting workers. In our annual January 2022 manufacturing survey for the associations we represent in Washington, D.C., 95% stated having job openings with nearly one in four manufacturers reporting six or more positions available – the equivalent of 10% of their current workforce. You think workers equal productivity; politicians think workers equal votes.

Lawmakers are looking to designate a Career Technical Education month, are eager to showcase apprenticeship programs, and are actively seeking to increase federal funding for job training and career consulting. In a case of better late than never, five months into the fiscal year Congress passed a spending law increasing funding for Perkins Basic State Grants by $45 million, providing $15 million for youth workforce readiness and training programs and, most importantly, $235 million for registered apprenticeships – a $50 million increase over FY2021 spending.

Those of us who have worked on job-training policy typically look at three categories: certifications, credentials and apprenticeships. Credentials have a lot of support in Washington, but apprenticeships are the largest area of focus. Within that category, we break it down by youth, pre- and registered apprenticeships. Apprenticeships are so much the craze today that the federal government wants them in almost every industry – not just in manufacturing and construction but also in the wastewater and wireless sectors.

As the Biden administration attempts to reshore domestic manufacturing and strengthen our supply chains, they are increasingly seeing that attracting business is not enough. We need “trainable” workers.

The new law also calls on the Labor Department to address the need for workforce training and certificate programs targeting collective robotics and additive manufacturing, with an emphasis on programs that reskill incumbent manufacturing workers. Incumbent worker training is a critical area often over-looked as employers recruit new talent. 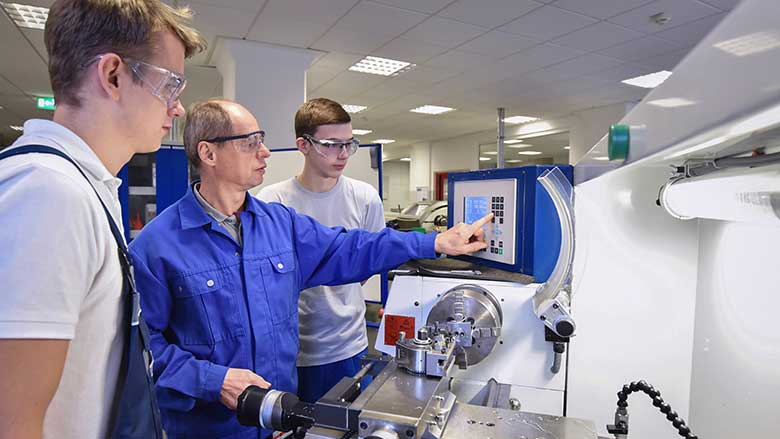 In a pleasant change, the policymakers in Washington recognize that they are not the ones who will recruit and train workers from inside the Beltway. This will take a local and regional effort leaning on industry expertise and experiences. The funding in the new law and pending supply-chain legislation calls for the creation and expansion of public-private partnerships. These allow businesses to formally collaborate with educational institutions, community leaders and trade associations to develop plug-and-play systems for employers to recruit, train and retrain workers. This industry-led approach is a significant turnaround based on my experience with Washington policymakers.

I attended community college prior to completing my undergraduate degree, and the pressure on parents and educators to funnel students directly into four-year institutions was a dominant theme for decades and generations. This is no longer the case. It may surprise some for many reasons, but Sen. Elizabeth Warren (D-MA), a former Ivy League professor, introduced bipartisan legislation to help borrowers understand the costs of college, student debt and employment opportunities. Another pending measure also likely to become law allows the use of Pell Grants to pay for securing short-term, industry-recognized credentials to help move people through the pipeline.

The Biden administration is taking steps to make apprenticeships more accessible for individuals and smaller employers. To help facilitate the expansion of registered apprenticeship programs to small and medium-sized firms, the federal government is providing technical assistance to these programs and investing over $30 million through cooperative agreements to establish four Registered Apprenticeship Technical Assistance Centers of Excellence.

There is no question among us lobbyists here in Washington, D.C. that job training, technical education and apprenticeships are all the rage these days. Employers should seize this opportunity before the rage subsides and the politicians move on. Now is the time to build relationships, form local public-private partnerships, and explore federal and state funding opportunities to create an internal recruitment, training and apprenticeship program at your company.

After many years walking in the other direction, Washington policymakers are focusing on a skills-based economy. Now it is up to businesses to walk with them.