Eliminating 'Holds' From Your Brazing Cycle

Too many companies still use built-in “holds” when heating up parts in their brazing furnaces – such as that shown in figure 1 for a typical furnace brazing cycle.

I recently asked the production manager at an aerospace company, “Why do your brazing personnel have those temperature holds in their furnace brazing cycles?”

He responded that such holds were needed to help equalize the temperatures of all the parts being brazed in that particular furnace load. He said the heavier parts (or heavier portions of a component) would heat up more slowly than thinner parts or small parts, and the holds allowed those heavier parts to come up to the same temperature as the smaller (or thinner) parts before continuing with the heating cycle.

I then asked him why his company chose to use a heating rate that necessitated the use of holds in order to prevent the temperature differentials from getting too large. His response was typical of what I usually hear when I ask that question. He said, “We’ve always done it that way.” The only other answer I hear from people is “I don’t know.” Nobody has ever given me a reason that truly justifies the rapid heating rates used. Ever!

As a metallurgical engineer who has worked in the brazing field for 50 years, I know from experience that metal components do not handle large heat differentials within their structure very well. All too of-ten it leads to distortion of the parts being brazed in the furnace.[1] This can happen on the way up to brazing temperature, and not just during the cooling cycle. 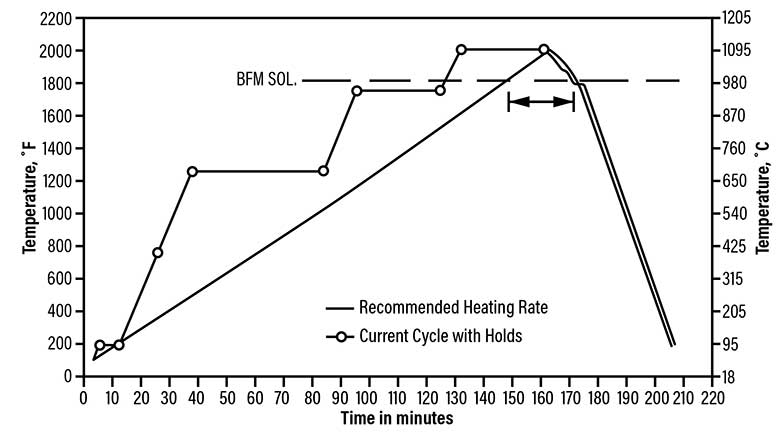 Fig. 1. Typical furnace-brazing heating/cooling cycle showing several built-in “holds” during the heating cycle in order to allow temperatures in the brazing load to equalize before reaching the solidus temperature of the brazing filler metal (BFM).


Slow Down the Ramp Rates

This will involve some experimentation to find the fastest heating rate that can be used that will allow the entire load to reach brazing temperature with no holds. Today’s furnace-programming instrumentation (Fig. 2) can easily allow furnaces to be programmed at whatever heating rates are desirable. 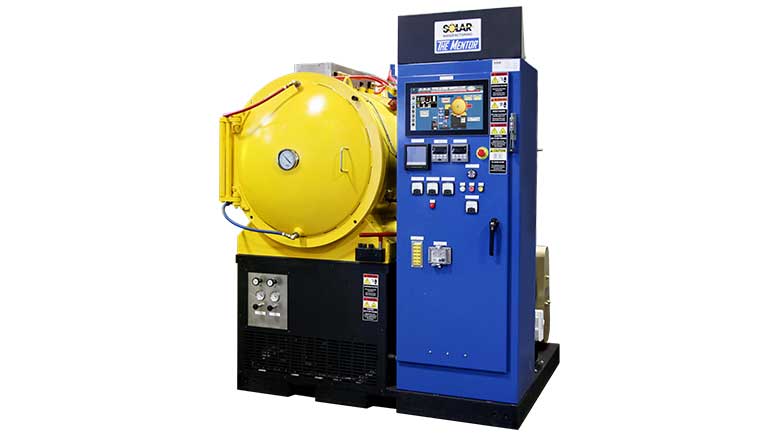 Fig. 2. A typical laboratory-style vacuum furnace with programmable instrumentation that can readily allow operators to use whatever heating rates are desired. (Photo courtesy of Solar Manufacturing; Souderton, Pa.)

People will sometimes tell me that they cannot use a slower ramp rate for heating in their vacuum furnace since that will obviously extend the brazing cycle to the point that it could significantly hurt their shop’s productivity. This is not true! I have actually found that the total brazing cycles are often shorter when using the slower ramp rate, since the holds are being eliminated and all the “hold time” has been removed from the furnace cycle!

One shop was heating parts using a heating rate of approximately 40°F (22°C) per minute and had several holds in their heating cycle. The holds ranged from 30 minutes to over an hour. When added together, the total holding time was over two hours on the way up to brazing temperature.

I suggested that they slow down their heating ramp rate to approximately 15°F (8°C) per minute, eliminate all the holds during the heating cycle, and see how the parts looked after the brazing cycle was completed and the parts were removed from the furnace. The parts looked good, were well brazed and no distortion was noticeable. We then tried heating at a faster rate (25°F/15°C per minute), again with no holds, and slight distortion was noticed on the test pieces run.

In the third run, the heating rate was adjusted to about 20°F (12°C) per minute, again with no holds, and the parts brazed very nicely. The shop then used this rate for their regular production, and their productivity increased because their total brazing cycle (using the slower ramp rate and eliminating the holds) was actually shorter than their original cycles that had been using the higher ramp rates and the built-in holds. It was an amazing discovery for that brazing shop!

Recommendations: Ask the people in your brazing shop, “Why are we using the specific heating rate we’re currently using for our furnace brazing?”  See how they respond. It could prove interesting.

The following conclusions were reached.

For example, let’s assume that your current brazing cycle takes three hours to reach a brazing temperature of 2000°F/1095°C. Let’s further assume that you are using a ramp rate of 50°F/25°C per minute and have three built-in holds (shown in Fig. 1) on the way up to brazing temperature. To find an appropriate slower ramp rate with which to experiment, divide the 2000°F by 3 hours (180 minutes). The new test rate should be just over 11°F/minute. Therefore, try a 12°F/6°C per minute ramp rate in your experimental run, and see how the test braze works out. If you find that it works well, then in-crease your test ramp rate to 15°F/8°C per minute, etc.

Break the paradigm, and become an agent of change. Just because you’ve “always done it that way” does not mean that it is the correct way to heat the parts for brazing. Be willing to try something new. See if your shop’s productivity can be improved by using the slower ramp rate that allows the removal of all holds during heating.

Dan Kay operates his own brazing consulting practice in Connecticut (since 1996) and has been involved in brazing for over 50 years. He received his BS in Metallurgical Engineering from Rensselaer Polytechnic Institute and his MBA from Michigan State University. Dan has been writing brazing blogs for www.industrialheating.com for 13 years.