It is just short of 110 years since the tragic sinking of the unsinkable ship, the RMS Titanic.

First, I would like to acknowledge all who have been involved in the investigation of the fateful event. They have all sacrificed their time, knowledge, investigative facilities and capabilities to bring what could only be stated as logical conclusions to the sinking.

During construction, some 2,000 hull plates were used along with approximately 3 million rivets to join the hull plates together. The hull-plate steel was to have been produced to AISI 1018 analysis specification. However, it was reported after the vessel was located and during the investigation that analysis anomalies and contamination in the plate were present.[1]

It was decided during the design stage and construction planning of shipbuilder Harland and Wolff that the major stress points on the vessel keel would be at approximately the second 1/3 of the hull keel, and there would be no requirement to protect the bow and stern assemblies of the vessel. Therefore, wrought iron was the material of choice. When reviewing the hull layout drawing, the steel alloy rivet failure occurred at a point just forward of the third funnel. It was also contaminated and not a “fully clean steel.” 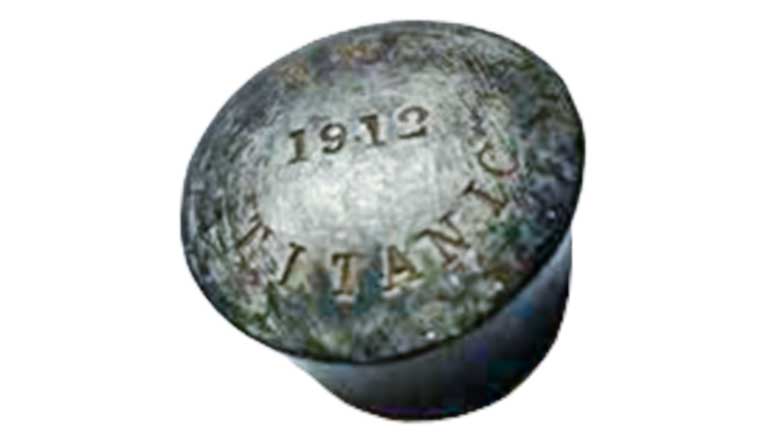 The bow and stern rivets were manufactured from wrought iron, which was badly contaminated. I have been unable to locate a steel specification identification (those rivets were simply identified as alloy steel). I estimate that the rivets at that location were simply low-alloy mild steel, which exhibited higher mechanical values than the wrought-iron rivets.

NIST metallurgist Dr. Timothy Foecke, however, confirmed that the steel of choice for the central hull keel areas was made from an alloy steel and that it also exhibited contamination. 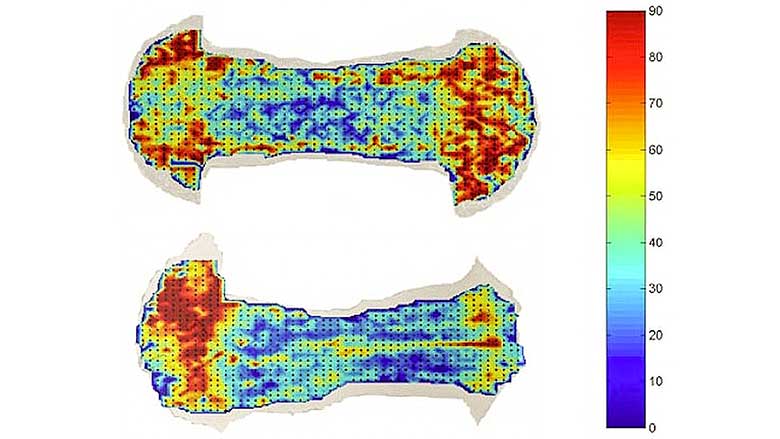 Fig. 3.  The head of two rivets. This photograph shows the “randomness” of the contamination. (Dr. Tim Foecke, NIST)

Let’s turn our attention to the riveting practice. It was stated that the shipbuilder of Harland and Wolff did not have a full crew of skilled riveters. The opportunity to do the work of riveting was indeed a very haphazard method of joining the steel hull plates together with the shipyard foreman making random choices in hiring the men for the day (skilled if available). Do not lose sight of the fact that not every riveter was at the same skill level.

The pay for doing the job of riveting was based on the number of rivets that were hammered in. The riveter’s pay for riveting the hull plates was based on a piecework rate. The more rivets fitted, the more daily pay. The recommended riveting temperature was given as “cherry red,” or in the range of 1650-1740°F.

However, there are several questions left unanswered. How was the riveting temperature measured? How was the furnace heated? What is considered to be cherry red, and how would the cherry red be determined between two people? I believe that temperature was measured by sight, but not every-one’s eyes are the same. What one person sees as cherry red, another person may not. 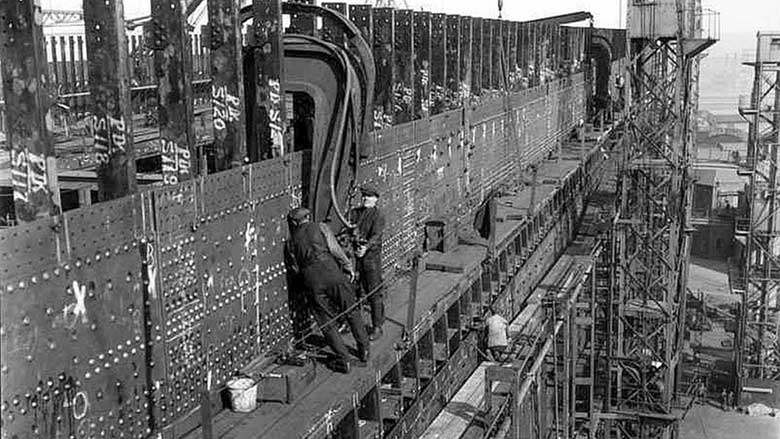 Figure 4. A photo of the hull plates being riveted. (Ref. NIST)

In Fig. 5, the furnace appears to be a simple box with a fire, and no temperature control or time control is present. Perhaps the rivet was heated in a charcoal-based fire.

It is a well-known metallurgical fact that the higher the austenitizing temperature, the larger the grain structure. How long did the rivet remain at the selected riveting temperature? Once again, this will produce both different grain sizes and different mechanical properties. 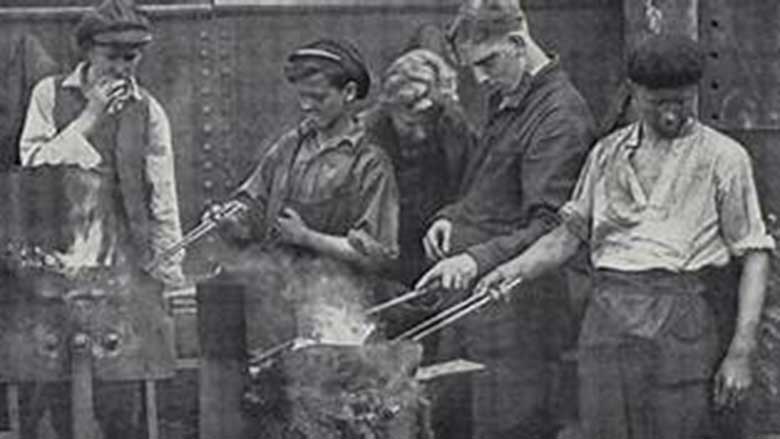 The riveting group itself was made up of two principal riveters: those who would handle the left-hand side of the rivets and those who would manage the right-hand side of the rivets. Another member of each riveting team was a man considered to be what was known as the “holder-on” and a young per-son whose responsibility was for the heating of the rivets. That young person would place a number of rivet blanks into the furnace. The number of rivets placed into the furnace would depend on the choice made by the young person who was handling the heating of the rivets. 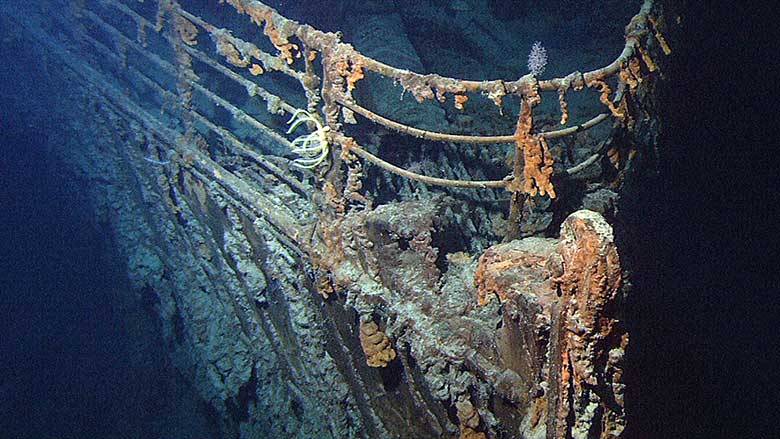 The bow of the RMS Titanic on the ocean floor as seen during a June 2004 expedition. // Credit of National Oceanic and Atmospheric Administration/Institute for Exploration/University of Rhode Island

It is not known if there was any quality control of the rivet heating. Obviously, the more the rivets were held in the rivet-heating furnace would mean longer times at whatever temperature the charcoal furnace was set.

The furnace boy (as young as 14 years old) would put five or six rivets in the fire from his bag of rivets. When the rivet reached the right temperature, he would throw the hot rivet to the holder-on, who put it in the hole and then rammed it through with a back-hammer.

It should also be recognized that two material types were utilized for rivet manufacture: wrought iron at the bow and stern of the vessel, and an alloy steel in the approximate center 1/3 of the hull and keel.

It has been further reported that any transatlantic crossing was always a fast crossing. Now we have the factor of the increased vessel speed, at approximately 21 knots, becoming an influencing factor.

This article will conclude in April’s issue.