Tariffs on Imports to Remain … For Now

When it comes to U.S. trade policy, one is forgiven if they think to themselves, “Meet the new boss, same as the old boss.”

Now fully six months into his term in office, President Biden has made little actual change to many of the trade policies implemented by the previous administration that are still in place today. This leaves manufacturers wondering how to manage their supply chains in the coming months, what to anticipate from overseas import competition and whether to expect a new direction from this White House.

President Biden negotiated a truce this summer with the European Union and some allies to not impose new tariffs or raise existing rates in an effort to avoid escalating the trade wars as he seeks to formulate a broader strategy. That truce applies to new actions, however, and the U.S. continues to impose 25% tariffs on imported steel from around the world, with the 10% on global aluminum also in place since 2018. Tariffs on solar panels and washing machines remain, and the U.S. continues to consider whether to take action against Europe and others over taxes imposed on American digital-services companies. 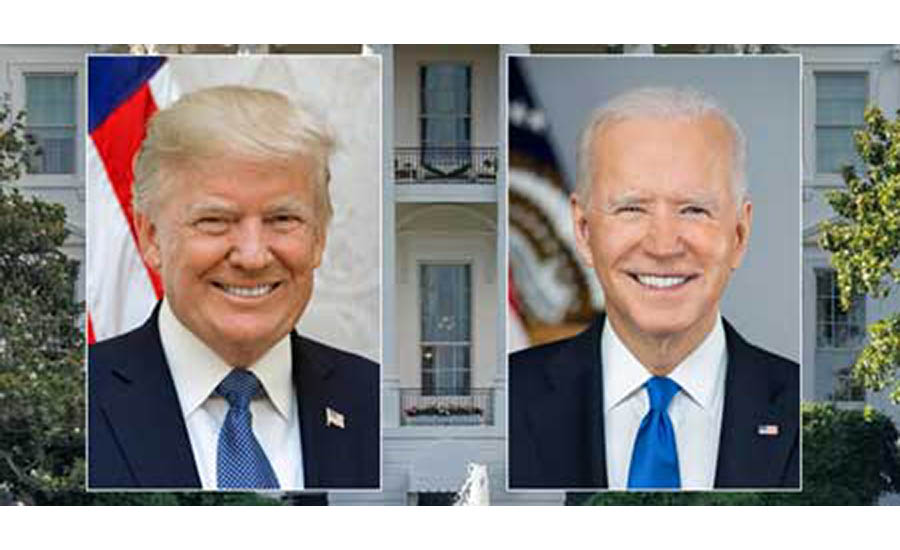 Unlike with China, the U.S. is in active negotiations in all of these areas with trading partners on how to de-escalate the trade wars, but the tariffs remain in place on both imports into the U.S. and American products exported around the world. In June, the U.S. government pledged to lift the Section 232 national-security tariffs on steel and aluminum on the EU and some other countries by the end of the year, a backtrack from their Dec. 1, 2021, initial target date. The end of 2021 is still far too long a wait for many across the Atlantic and for many in the U.S. business community.

Manufacturers of industrial heaters, boilers, cooling and treating equipment, and other products should watch closely the discussions between the Biden administration and foreign allies in the coming months as they work on addressing the 25% tariffs on steel and 10% on aluminum. Sources inside and outside the government confirm what many of us who work on trade policy expect – the U.S. government will not simply eliminate the steel and aluminum tariffs without some other protective mechanism in place. We do know the steel industry is in active talks with the Biden administration about replacing, not removing, the tariffs.

The Trump administration, in some instances, instituted quotas to limit the amount of specific metals from certain countries in place of the tariffs, which the government could now expand. A quota system caps the amount of a grade of steel or aluminum permitted entry into the U.S. in place of a tax on the import. The U.S. could expand the use of these quotas in place of tariffs on our allies, which could either restrict the domestic supply of raw materials in the U.S. or increase long-term price speculation or both. We are also hearing about some type of global capacity limitation agreement among the parties along with efforts to restrict Chinese imports.

For industrial users of aluminum and steel subject to the tariffs, the end to the import tax and supply restrictions could not come soon enough as manufacturers face record prices far higher than those around the world. We do expect continued progress in U.S. and EU talks over the Section 232 tariffs, with some potential announcements around Labor Day and again toward the end of October ahead of the G20 meetings that month.

One area where the two sides have made zero progress is the Section 301 tariffs of 25% and 7.5% imposed on thousands of Chinese imports. The U.S. and China are not engaged in any substantive dialogue to terminate the tariffs initiated by the previous administration, and confronting Beijing remains one of the few bipartisan pastimes in Washington, D.C., with members of both parties actively supporting some form of constraints on China.

Rather than a de-escalation, as is happening with Europe, tensions continue to grow between the U.S. and China as Washington officials now indicate that the Biden administration is looking to expand the use of the Section 232 national-security tariffs to impose restrictions on imported magnets used in a variety of industrial and consumer applications.

In conversations with government officials, there is little expectation that President Biden will remove the tariffs on China prior to the end of the year, as is the case on steel and aluminum. During discussions with political staff around Washington, few anticipate the removal of tariffs prior to the November 2022 midterm elections because the issue of China and manufacturing policy resonates in key states with top Senate contests, such as Pennsylvania, Ohio and Iowa.

The U.S. recently allowed Trade Promotion Authority (i.e., fast track) to expire, indicating Washington is taking a more defensive, rather than offensive, approach to trade. The deliberately slow process to lift the steel and aluminum tariffs is part of an effort to avoid confrontation with unions and domestic producers but also an exercise to buy time for the Biden trade team to formulate a more comprehensive approach to raw materials. For those affected by the metals tariffs, we have a target date of Dec. 31, 2021. For manufacturing seeking more clarity on the China tariffs, however, few expect any significant change in policy toward Beijing on trade this year.

For now, despite a new band playing in the White House, the song remains the same.