At the beginning of the pandemic, hospitals faced a shortage of respirators and consumers a shortage of common household products and electronics to keep them occupied during the lockdowns. Today, consumers face a lack of housing options, but businesses in all industries are experiencing significant input shortages and lead-time delays. From lumber for construction and steel for manufacturing to semiconductors for virtually everything, policymakers in Washington, D.C., have taken notice.

Washington is notorious for acting in a time of crisis and we saw a bipartisan Congress and former President Trump push through a rapid succession of bills in response to COVID-19 at a rate I have not seen in my quarter century working in this town. A word of caution before reading on, while Washington moved quickly pushing out money to keep the economy afloat, solving the supply-chain disruptions will not happen overnight and may take years.

In a rarity these days, both Republicans and Democrats – Senators and Representatives – are all working together in a bipartisan way to help rebuild domestic supply chains. The U.S. Senate in early June passed a massive 2,000-page bill to invest in R&D, domestic innovation and supply-chain production by a vote of 68-32. Known as the U.S. Innovation and Competition Act of 2021, the legislation creates 10 manufacturing innovation hubs around the country, incentivizes the manufacture of semiconductors and targets Beijing by calling on the U.S. Government to create a list of Chinese state-owned enterprises receiving unfair trade advantages.

The bill spends roughly $250 billion to help create and strengthen U.S. supply chains and technological capabilities domestically. But those investments will take time, and OEMs are slowing production now due to lack of inputs and continued raw-material delays. 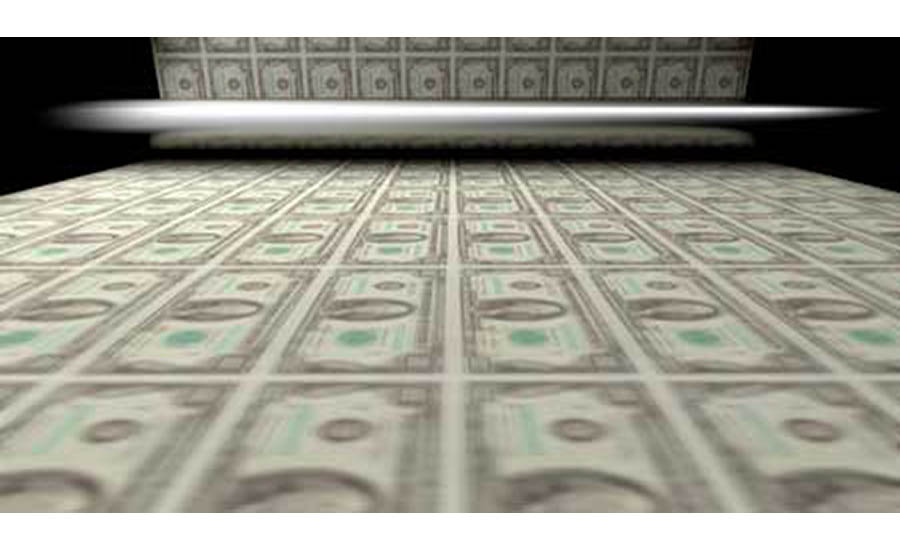 There is a popular Chinese proverb that is apt for many reasons and reflects the current U.S. supply-chain dilemma: “The best time to plant a tree was 20 years ago. The second-best time is now.” Many of the actions Congress is working through now will bear fruit down the road, but in the meantime, I continue to hear manufacturers experiencing lead times stretching from a normal four to six weeks in October 2020 to the new normal now of 16-20 weeks. One cannot manufacture a product out of raw materials they cannot procure.

The pandemic struck globally with supply-chain disruptions felt in every country, but U.S. manufacturers and distributors appear to experience more challenges. When taking a closer look at the data we do see American businesses faring much worse than their European counterparts. The price for steel in the U.S. remains 40% higher than in Europe with commodities up by 32% in dollar terms since the start of the pandemic compared with 17% using Euros – also reflecting the change in currency valuations.

In my many conversations with manufacturers across several industries, they do not expect the raw-materials crisis to settle down until at least toward the end of the third quarter and for many not until early next year.

The uncertainty over supply chains is not a new concern in Washington, although the sense of urgency certainly is new. The previous administration issued two Executive Orders in 2017 and 2020 focused on rare-earth minerals with China being the clear target. This new administration early on also issued an Executive Order in February directing federal agencies to conduct a 100-day and one-year review, with one of those reports recently being released.

The report also recommends that Congress enact a Supply Chain Resilience Program at the Department of Commerce to monitor and quickly address issues while also calling attention to another critical shortage – workers. Investment in sector-based community college partnerships, apprenticeships and on-the-job training in critical industries is an essential component of supply-chain resiliency.

Sources close to the White House indicate they are beginning to move forward implementing some of the recommendations, with President Biden establishing a “trade strike force” to identify unfair foreign-trade practices eroding critical supply chains. No one is naïve enough to believe the U.S. can produce all it desires to consume on its own. We live in a global supply-chain reality, but politicians on all sides share the same concern.

Private industry is wise to remain wary of too much government intervention into commercial enterprise, but many are optimistic that a balanced public-private partnership could reap rewards and create jobs, for generations. But these are long-term investments to address problems faced today, investments many believe are long overdue.

Something else long overdue in Washington, D.C.? Bipartisanship, but we are finally seeing some here, although it took a global pandemic to bring politicians together to address our supply-chain challenges.

Government and the Auto Industry: Passengers Together

The Climate is Changing … in Washington, D.C.