This article takes a look at a few common automotive parts and sees how heat treatment is used to make them better.

Without heat treatment, many of the products we use daily (and take for granted) would need to be designed differently or would not function as effectively. One of these is the automotive seatbelt clasp. Before getting into some specifics of this part, however, let’s look at the history and benefits of these restraints.

Seatbelts were invented by George Cayley in the late 1800s. In the 1920s and 1930s, a group of physicians equipped their own cars with lap belts and began urging manufacturers to install them in all new cars. For 20 or 30 years, this warning went unheeded until 1954 when the Sports Car Club of America began requiring competing drivers to wear lap belts.

The benefits of seatbelts as a lifesaver are indisputable. Using 1966 as the baseline, the death rate from automobile accidents was 5.5 per 100 million miles driven. Thirty-five years later, the death rate had dropped to 1.5. In that same time period, traffic fatalities declined 18% while the number of vehicles and drivers on the road doubled. The National Highway Traffic Safety Administration (NHTSA) estimates that the use of front seatbelts improves your chance of survival by 50%.

Like many components in the automotive industry, seatbelt hardware is manufactured by a contractor to the OEM that typically sends the metal parts requiring heat treatment to a commercial heat treater. This hardware is made from 1050 carbon steel, and the parts are through-hardened, quenched and tempered to the ideal hardness. This operation is performed in continuous atmosphere furnaces, and an endothermic atmosphere is generated that is neutral to the carbon in the buckle material. The post-hardening oil quench is followed by a wash, and the part is subsequently plated with a nickel-chrome coating. Portions of these parts are also coated with plastic depending on the application.

It is often surprising to consider the quantities of items such as this. At a single commercial heat treater in Ohio, approximately 100,000 of these “buckles” are heat treated each month. That’s over 1 million parts per year. 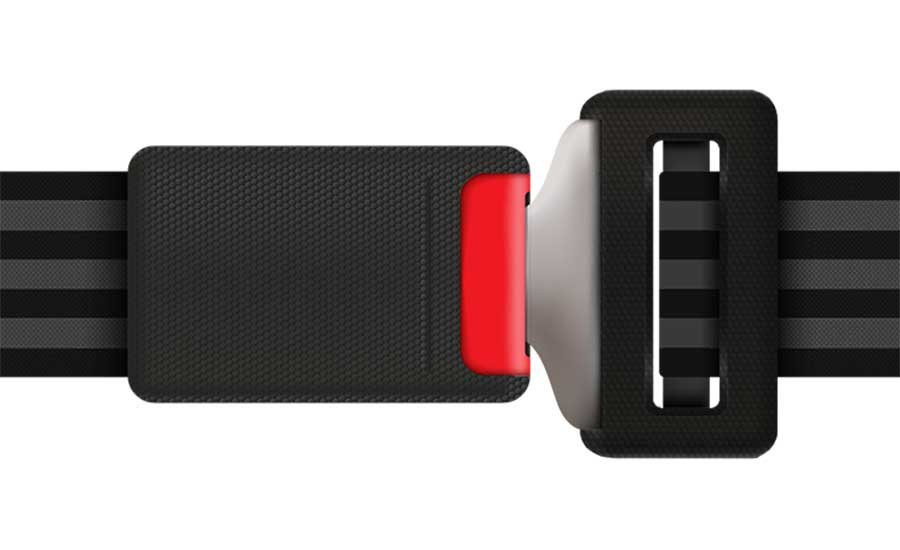 Sometimes the most useful ideas are those that are taken for granted. Frequently, those ideas – like the mousetrap – are hard to improve on. Such is the case for the sun visor. Introduced in the 1930s, the visor became an automotive fixture that remains much as it was introduced 80-plus years ago.

Prior to the introduction of the visor as we know it, cars such as the Model A utilized external “visors” similar to the bill of a baseball cap. These external visors continued as an accessory (mod) long after internal visors were incorporated.

Sure, the visor has morphed a bit over the years. It has grown in size to help shield a greater area from sun glare. Part of the reason it has grown in size, though, is because it has become a convenient storage area, which has only added to the need for a part that is well designed for its application. This part is the metal rod on which the visor moves. Made from 1008-1010 carbon steel, this rod can be hollow or solid, and the same basic rod is used for Hondas and Hummers.

Thermal processing consists of a carbonitriding treatment to a total case depth of 0.005-0.010 inch. This is followed by a cleaning treatment in a vibratory mill. Mechanically testing a part of this configuration is difficult, so the established test is a “file hard” requirement. A metal file of RC 60 is used to see if it can mark the part, which indicates that the surface hardness of the part meets RC 60. Parts are then placed in an injection-mold process to be coated in plastic prior to assembly.

In a single U.S.-based heat-treatment facility, approximately 50,000 pieces were processed per week. Regrettably, the majority of this business has been lost to competitors in China. The unfortunate reality in our global economy is that even if you buy a car made in the U.S., many of its components are manufactured overseas. This brings us back to this month’s reshoring discussions.

Although mechanical testing of this part is limited, the testing requirements are nonetheless challenging. The visor is required to be moved up and down 45,000 times without squeaking. Squeaking could likely have several causes, one of which would be the wear of the rod through the hardened case. If you consider this test requirement, however, it is easy to see that it is a worst-case scenario. If you own your car 10 years, you would need to move your visor up and down 12 times every day, 365 days a year, for all 10 years to reach the 45,000-cycle threshold.

Although a well-established vehicle component, the visor might soon go the way of the buggy whip. Several dozen patents exist for automatic sun visors, which may replace the old standby. The benefit of some of these new systems – the better mousetrap – is that, unlike current sun visors, they shade the light without blocking it. If the light can get through you will also be able to see out, which will make certain driving conditions much safer. 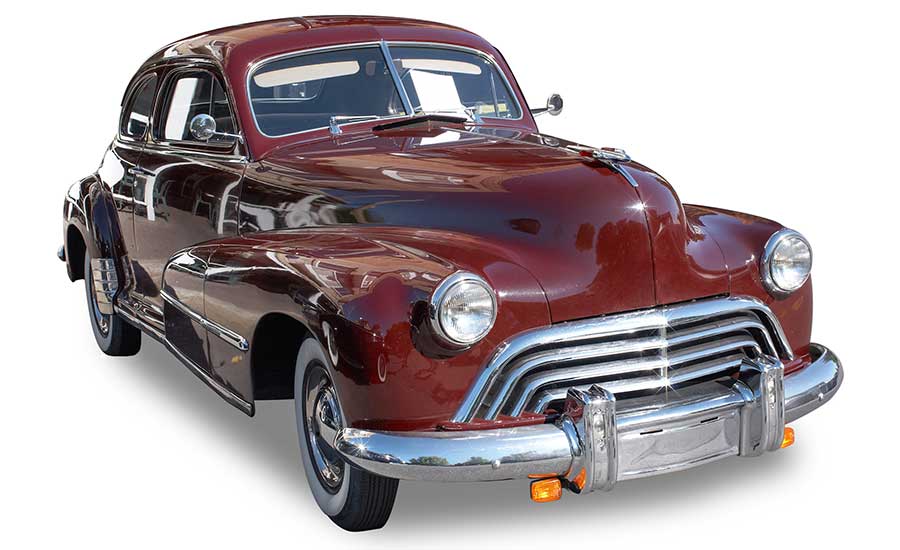 Gears have played a role since the invention of rotating machinery. Because of their force-multiplying characteristics, early applications included lifting building materials, hoisting ship anchors and pretensioning a catapult. Another application was wind and water-wheel machinery because the rotational speed could be increased or decreased as required for the specific machine to be powered.

The earliest gears were made from wood with cylindrical pegs for cogs and were often lubricated with animal-fat grease. Metal gears saw rapid development in 18th-century Britain with the onset of the Industrial Revolution. The science of gear design and manufacture took a giant leap forward during the 19th century. The metallurgy of material development and thermal processing offers the greatest promise for gear advancement today.

Gears serve multiple purposes – the most important being gear reduction and direction-of-rotation change. An example of the directional change is the differential in a rear-wheel-drive car or truck. The driveshaft transmits the power down the center of the truck, and the differential turns the power 90 degrees to apply it to the wheels.

Different gears do a variety of jobs. Spur gears have straight teeth and are mounted on parallel shafts. The teeth on helical gears – used in most car transmissions – are cut at an angle to the face of the gear. As a result of gradual tooth engagement, helical gears operate more smoothly and quietly. Bevel gears can have different types of tooth configurations but are useful when the direction of the shaft’s rotation needs to change.

Worm gears are used to make large gear reductions. They are also useful in applications – such as conveyor systems – where a braking action is needed. While the worm can easily turn the gear, the gear cannot turn the worm due to the shallow angle on the worm. Rack-and-pinion gears (automotive steering) are used to convert rotation into linear motion.

Material and thermal processing are the key variables in gear-manufacturing technology in the 21st century. Powder metallurgy has proven successful due to its reduced component cost. Several automotive applications use this technology; one of which is a gear set used in a motorized lift gate for an SUV.

The objective of effective gear heat treating – through a conventional harden, quench and temper – is to produce an optimal case depth with high residual compressive stresses on the surface. Thermal processing of gear teeth is done in a variety of ways. Flame hardening is one of the most common methods of gear hardening. In a similar fashion, lasers are also used to surface harden gears.

Another method of heat treating gears is induction. Induction hardening is performed in a variety of ways, using either a single- or dual-frequency approach. The geometry of a gear tooth makes heat treating difficult because it hardens most where it is not needed and least where it is needed most. Process developments using a dual-pulse, single-frequency method or a simultaneous dual-frequency method have solved these problems.

The next time you grind the gears in that stick-shift car or truck, you can hope that the gear-tooth profile has plenty of rolling contact and the gear-tooth case depth and surface residual stresses have been optimized through effective heat treatment. 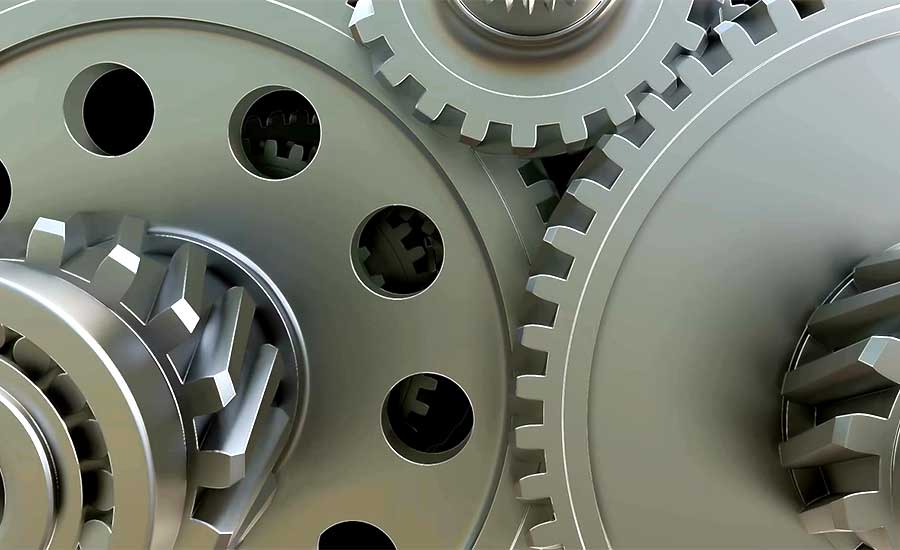 When bearings are discussed, people often call them ball bearings. In truth, there are several other types of bearings that do not even use balls. The most common of these is a roller bearing. Tapered roller bearings, originally patented by Timken in 1898, are used in vehicle wheels.

Another misnomer is when people refer to the balls in bearings as ball bearings. The balls are just a component of a ball bearing, which may also contain an outer race, an inner race and a retainer (cage). We will confine this discussion to just through-hardened bearing balls.

Have you ever wondered how the balls are made? Perhaps surprisingly, balls begin life as a piece of wire. The steel wire is typically annealed coil stock of a diameter appropriate for the final ball diameter being manufactured. The wire is fed into a machine that cuts off a measured piece and smashes both ends toward the middle. This is called cold heading because no heat is used in this process, which leaves a bulge or flash around the middle of the ball.

The next step in the process is the deflashing operation followed by “soft” grinding. Balls remain oversize so that they can be ground to their finished size after heat treatment.

The balls undergo several finishing operations after heat treatment. Descaling is followed by hard grinding, which is a slow and meticulous process that produces diameter tolerances as close as +/-0.0001 inch. Lapping and other finishing operations follow, most of which are proprietary in nature. These are particularly important for high-precision balls, but all balls need to be sized very precisely. Why? Ball bearings are designed with the assumption that all of the balls in the bearing are carrying an equal load, which means they must be the same size. If, for example, one or two balls were slightly larger, only the larger balls would carry the load and the others would be free-spinning. This would result in premature bearing failure.

Did you know that bearing-ball manufacture was performed in space aboard the space shuttle? Molten blobs of steel were released into the zero-gravity atmosphere. Because a sphere has the lowest surface area of any form, the molten blobs form perfect spheres while they cool and possibly harden (depending on the material). For obvious reasons, this process will not replace the tried-and-true manufacturing method discussed here. 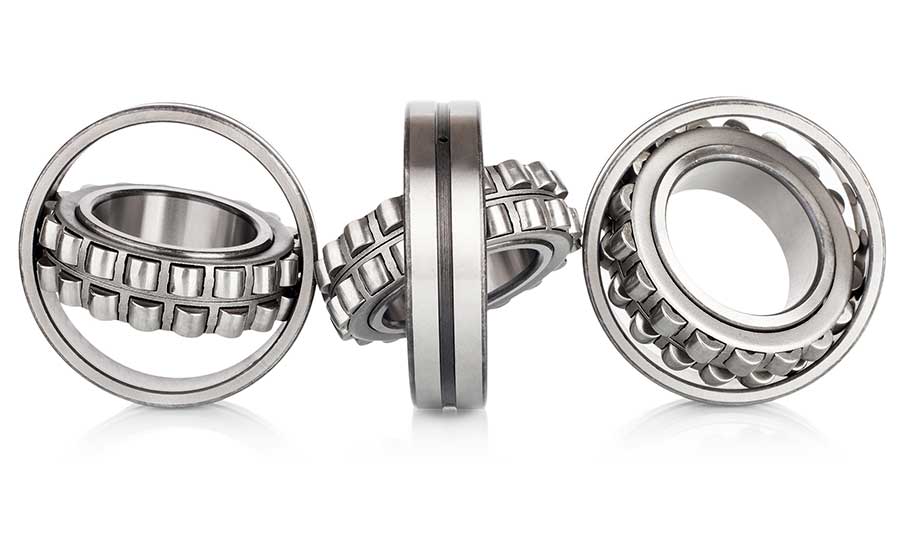 We hope this look at just a few automotive-related parts has illustrated the importance of thermal processing for this important industry.

Keeping it Cool with Heat Treatment

The Show is Over; It's Officially Fall