Vacuum thermal processing is vital for automotive and aerospace component manufacturers due to industry demands for the highest possible quality. Brazing and surface treatment are two process areas where vacuum technology is used.

The volume of work produced by vacuum brazing far exceeds that of any other process in which vacuum furnaces are being utilized. The transportation (automotive and aerospace) industry has provided the impetus for the increasing use of vacuum furnaces for brazing, and the use of lightweight, high-strength materials have also contributed to the popularity of brazing. 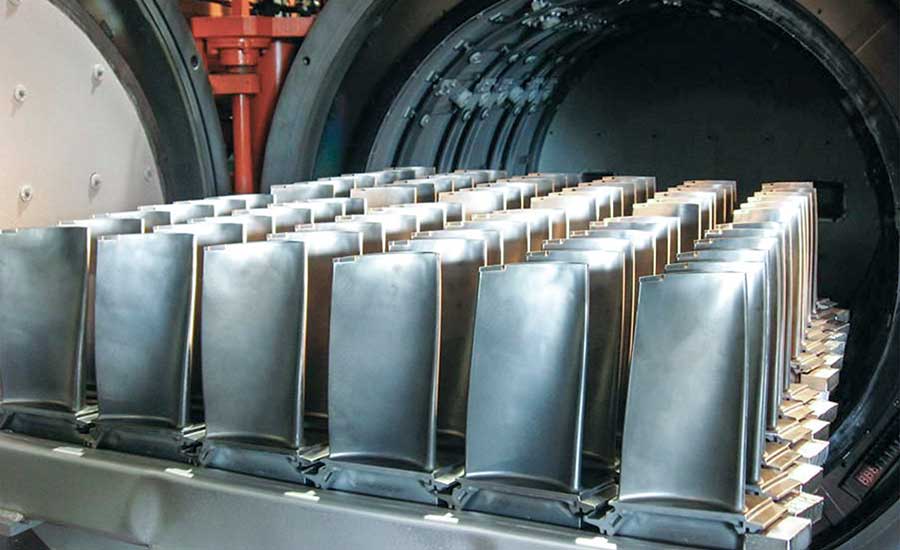 Some factors affect the ability to produce a metallurgically sound braze joint by influencing the behavior of the brazed joint. Other factors affect the base-metal properties, while still others influence the interactions between the base metal and filler metal. Effects on the base metal include carbide precipitation, hydrogen embrittlement, heat-affected-zone characteristics, oxide stability and sulfur embrittlement. Filler-metal effects include vapor pressure, alloying, phosphorous embrittlement and stress cracking. Interaction effects include post-brazing thermal treatments, corrosion resistance and dissimilar-metal combinations. 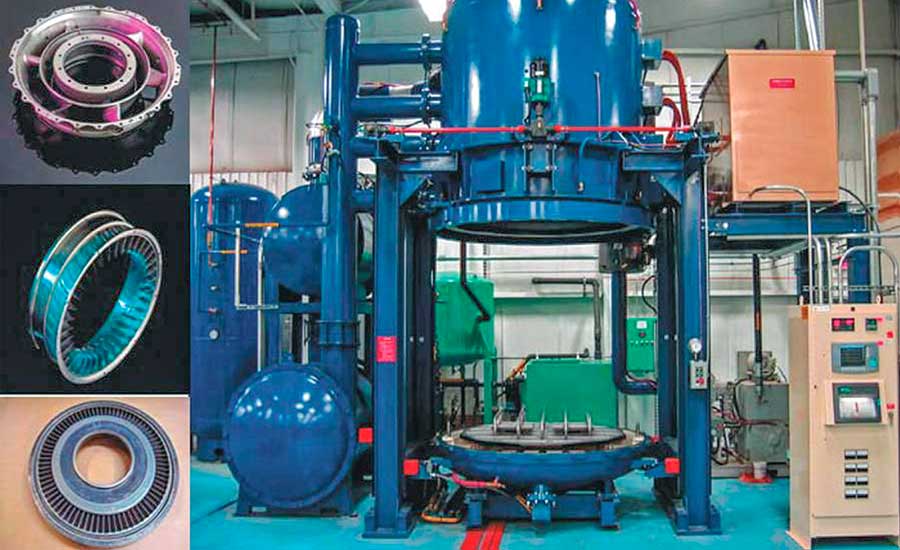 Vacuum furnaces can be either horizontal or vertical in design (Figs. 1a, 1b) and have technical advantages that include:

Many different types of nickel, nickel-based, copper, copper-based, gold-based, palladium-based, aluminum-based and some silver-based brazing alloys are used for the filler metal. Generally, alloys that contain easily vaporized elements for lowering the melting points are avoided. With respect to the heat treatment of steel, the copper and nickel-based brazing alloys are the most widely used filler metals.

It is important that vacuum levels are maintained in the 10-5 mbar (10-5 Torr) range or better in the brazing of aluminum components. Parts are heated to 575-590°C (1070-1100°F), depending on the alloy. Temperature uniformity is critical, typically ±5.5°C (±10°F) or better, and multiple-zone temperature-controlled furnaces are common. Cycle times are dependent on furnace type, part configuration and part fixturing. Longer cycles are required for large parts and very dense loads.

Copper filler metal applied to the base metal either as paste, foil, clad or solid copper can be vacuum brazed. It must be recognized that the high vapor pressure of copper at its melting point causes some evaporation and undesirable contamination of the furnace internals. To prevent this action, the furnace is first evacuated to a low pressure of 10-2 to 10-4 mbar (10-2 to 10-4 Torr) to remove residual air. The temperature is then raised to approximately 955°C (1750°F) to allow outgassing and to remove any surface contamination. Finally, the furnace is heated to brazing temperature – normally 1100–1120°C (2000–2050°F) – under an inert-gas partial pressure up to 1 mbar (0.75 Torr) to inhibit evaporation of the copper.

When brazing is completed, usually within minutes after the setpoint temperature has been reached, the work is allowed to slow cool to approximately 980°C (1800°F) so that the filler metal will solidify. Parts can then be rapidly cooled by gas quenching, typically in the range of 2 bar.

Brazing with nickel-based alloys is usually done without any partial pressure at the vacuum levels in the range of 10-3 to 10-5 mbar (10-3 to 10-5 Torr). Normally, a preheat soak at 920-980°C (1700-1800°F) is used to ensure that large workloads are uniformly heated. After brazing, the furnace temperature can be lowered for additional solution or hardening heat treatments before gas cooling and unloading. 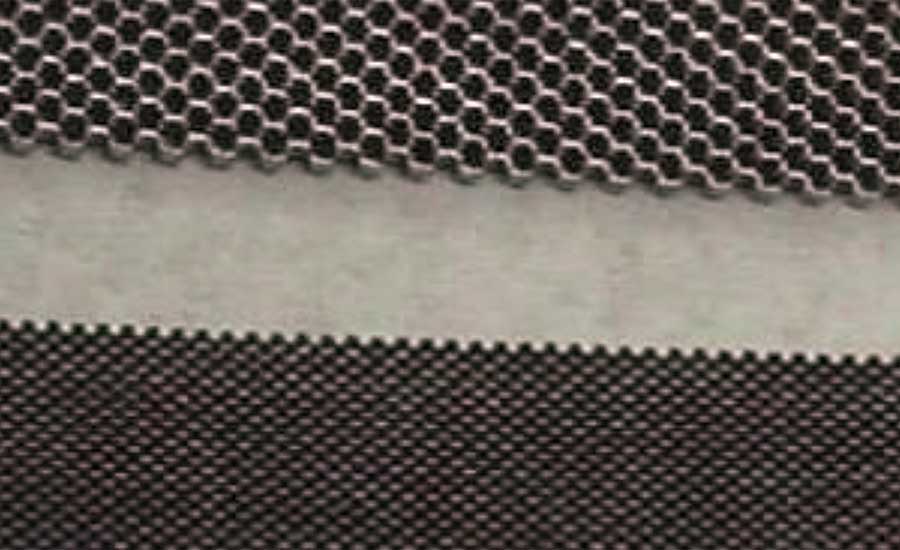 A honeycomb seal (Fig. 2) is a jet-engine component designed to increase engine efficiency by surrounding the airfoil or turbine blade and prevent airflow around the blade tips. Honeycomb seals are made from a variety of nickel and cobalt superalloys (Table 1) designed to withstand the harsh service environments of jet-engine applications. 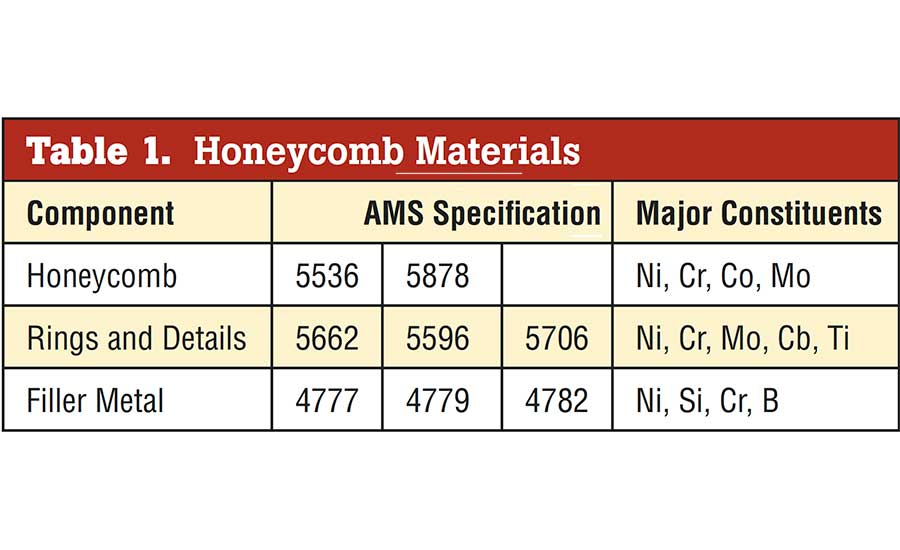 Rolling and tacking are the two most important steps in the pre-braze assembly process. Firm tack is necessary to ensure intimate contact and achieve a sound joint during brazing. All dimensions are set during the tacking process. Braze tolerances of 0.25-0.50 mm (0.010-0.020 inch) are common.

Proper cleaning is another critical pre-braze step. Every effort should be made to ensure the part is clean and free of all oxides, contaminants and oils prior to braze preparation. The furnace cycle is equally as critical as part preparation to the success of the brazing operation. Parts that ramp too fast are at risk for distortion and uneven temperature throughout the assembly. Parts that are not stabilized will not see proper braze flow. If the assembly quenches too rapidly, there is risk for distortion, quench cracking of the braze joint and splatter. 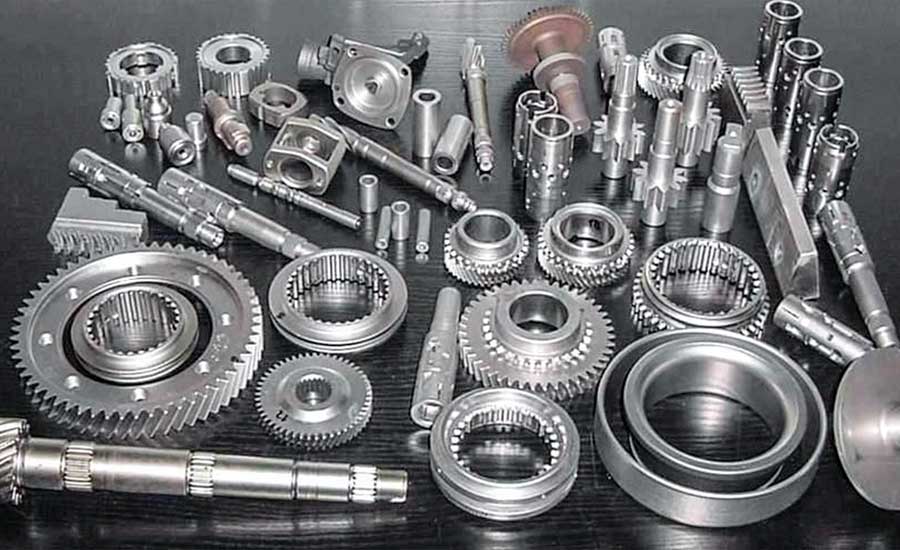 Common problems include splatter of the braze alloy, quench cracking and distortion. All of these problems can be prevented by controlling cleanliness of the part, using proper setup technique, designing a proper brazing recipe and operating the furnace properly. Multiple re-brazes can be performed using shorter brazing cycles at slightly higher temperatures. Stop-off paints such as aluminum oxide (preferred) can be applied to reduce the risk of unwanted braze flow.

Case Hardening by Carburizing and Carbonitriding

Low-pressure “vacuum” carburizing (LPC) or low-pressure “vacuum” carbonitriding (LPCN) combined with either high-pressure gas quenching (HPGQ) or oil quenching (OQ) has become increasingly popular over the past decade, with industries such as aerospace, automotive and commercial heat treating spearheading the use of this technology (Figs. 3-5). It is generally agreed that low pressure can be defined as carburizing less than 27 mbar (20 Torr), typically at temperatures from 830-980°C (1525-1800°F) for carburizing and 800-900°C (1475-1650°F) for carbonitriding. In the past several years, higher carburizing temperatures – up to 1200°C (2200°F) in several instances – have been used for certain advanced materials.[1] There is also growing interest in Cr-Mn steels as alternatives to the more-expensive conventional alloy grades. 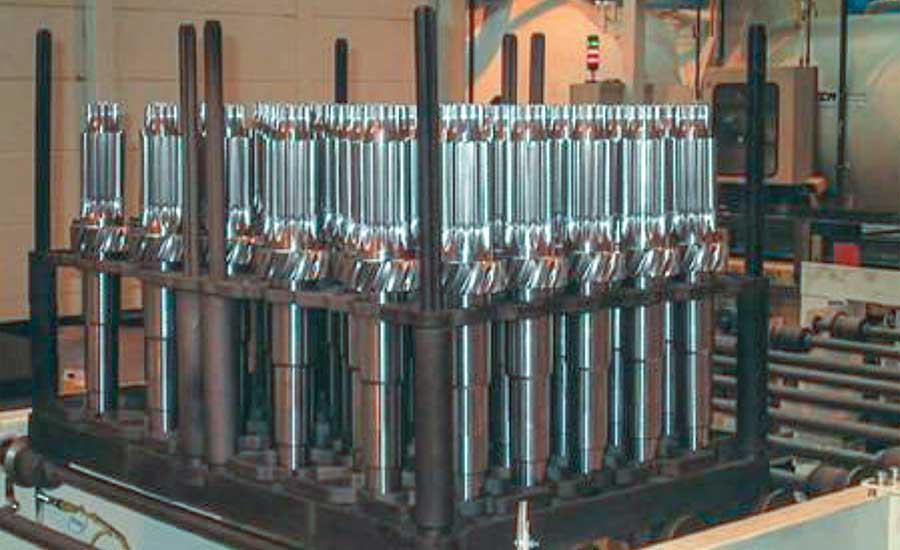 Popular hydrocarbons include acetylene (C2H2) and acetylene mixtures such as [acetylene + hydrogen] and [acetylene + ethylene (C2H4) + hydrogen] and cyclohexane (C6H12), a liquid. The use of propane and methane, while still popular, is declining. Ammonia can be added to the selected hydrocarbon gas, usually during the diffusion steps for carbonitriding. Process control is achieved through the use of simulation programs applied to the respective kinetic and diffusion models to determine the boost and diffuse times for a given case depth. Carbon transfer rates are now well established for a given temperature, gas type, gas pressure and flow rate.

Material chemistry and surface area must be taken into consideration in these programs, as well as initial and final surface-carbon levels. Prediction of case-depth and hardness profiles are the most obvious output of these programs, with research continuing into prediction of microstructural results such as carbide size and distribution and retained-austenite levels. 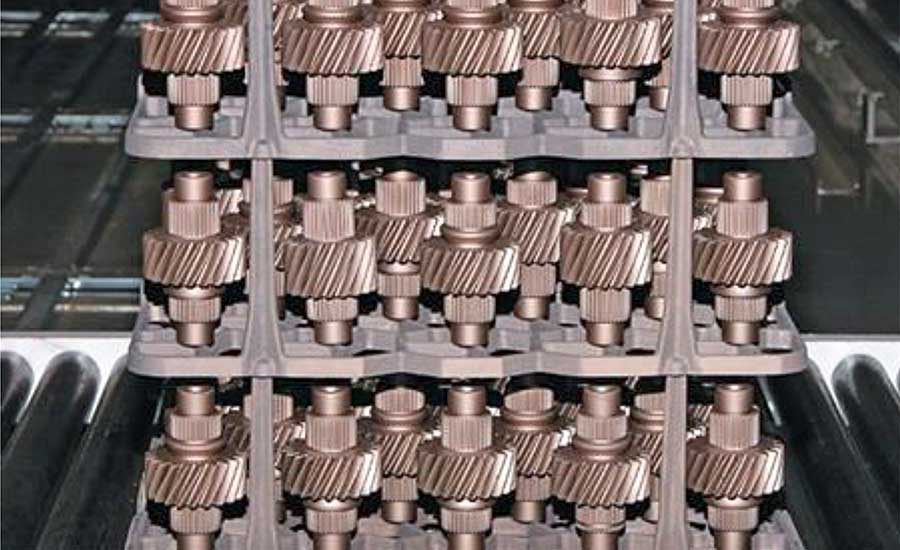 Case Hardening by Nitriding and Nitrocarburizing

Plasma (ion) nitriding (Fig. 6) using pulsed power generators is an option to the traditional gas nitriding process. Nitriding is used in many applications for increased wear resistance and improved sliding friction as well as in components where increased load-bearing capacity, fatigue strength and corrosion resistance are important. Corrosion resistance can be especially enhanced by a plasma post-oxidation treatment. 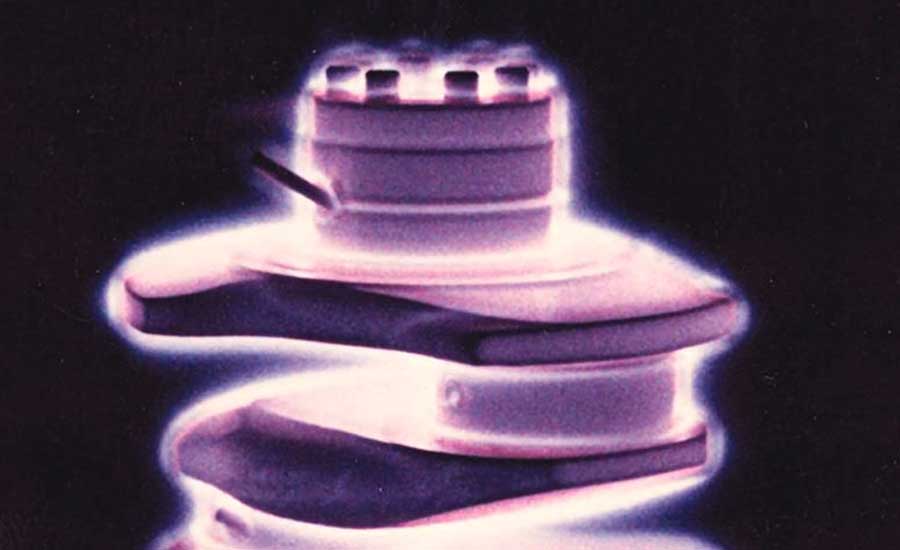 Dimensional changes are minimal, and the masking process for selective nitriding is simple and effective. Plasma nitriding uses nitrogen gas at low pressures in the range of 1-10 mbar (0.75-7.5 Torr) as the source for nitrogen transfer. Above 1000°C (1832°F), nitrogen becomes reactive when an electric field in the range of 300-1,200 V is applied.

The electrical field is established in such a way that the workload is at the negative potential (cathode) and the furnace wall is at ground potential (anode). The nitrogen transfer is caused by the attraction of the positively charged nitrogen ions to the cathode (workpieces) with the ionization and excitation processes taking place in the glow discharge near the cathode’s surface. The rate of nitrogen transfer can be adjusted by diluting the nitrogen gas with hydrogen (above 75%). The higher the nitrogen concentration, the thicker the compound layer.

The compound layer consists of iron and alloy nitrides that develop in the outer region of Fig. 6, which shows plasma nitriding of automotive crankshafts. According to the iron-nitrogen phase diagram, basically two iron nitrides are possible: the nitrogen-poor gamma-prime (γ’) phase (Fe4N) and the nitrogen-rich epsilon (ε) phase (Fe2-3N).

The temperature of the workpiece is another important control variable. The depth of the diffusion layer also depends strongly on the nitriding temperature, part uniformity and time. For a given temperature, the case depth increases approximately as the square root of time. A third process variable is the plasma power or current density, which is a function of surface area and has an influence on the thickness of the compound layer.

Plasma nitrocarburizing is achieved by adding small amounts (1-3%) of methane or carbon-dioxide gas to the nitrogen-hydrogen gas mixture to produce a carbon-containing epsilon (ε) compound layer (Fe2-3CxNy). It is commonly used only for unalloyed steels and cast irons.

If you are looking for a complete resource for heat treatment, check out the two eBooks written by Dan Herring on our website (https://www.industrialheating.com/ebooks). The Table of Contents at the beginning of each book provides a quick look at its contents, with links directly to areas of interest. Do yourself a favor, and check it out.

All images provided by the author.

Technology Evolution of the Integral-Quench Furnace