Included in this article are quotes and other content from the early pages of Industrial Heating as we walk through thermal-processing history and our place in it through the 1940s.

An article entitled “Notes on the Evolution of Ferrous Metallurgy,” by Dr. Allan Bates in the October 1938 issue, gives us some insight into the early days of thermal-processing history. Actual excerpts follow:

“In the present sense of the term, the ‘steel industry’ began around the 1870s. Of metallurgical science there was likewise essentially none previous to that day. None was possible until the modern science of chemistry came into existence in the early decades of the 19th century. Quickly thereafter, chemical analysis became an important laboratory activity, and, by 1870, the major chemical components of cast iron and steel were generally recognized. It was realized that carbon was the somewhat inconsistent heroine of the play, phosphorus and sulfur the villains, silicon and manganese controlled the action, and oxygen furnished the suspense – all these working in complicated unison to develop the character of the hero, iron.

“It is almost a rule that advances in scientific thought originate in the development of new tools or technique of investigation. This has been the case with metallurgy. In 1863, the microscope was first used in the study of metals by an English geologist, who, when he turned his microscope on a piece of soft annealed steel, found a fascinating crystal structure. And when he looked at hard steel he still saw only crystals: hot-forged steel, cold-hammered steel, cast steel and iron, wrought iron, steel low and high in carbon – all were composed of crystals. This is possibly the first point in our pattern of fundamental concepts: all solid metals and alloys are crystalline and, after any given treatment, owe their engineering properties primarily to the nature and distribution of the crystals produced by that treatment.

“These, then, are the three basic points in the pattern of concept and fact, which today provide the metallurgist with some confidence in his prescriptions for steel treatment: 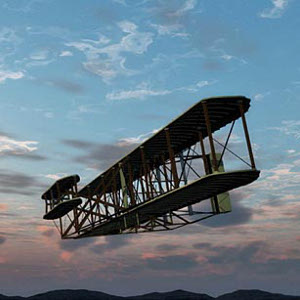 Around the turn of the 20th century, Andrew Carnegie sold out to J.P. Morgan, creating U.S. Steel Corp. The aircraft industry was born in 1903 when the Wright brothers made their historic first powered flight in Kitty Hawk, N.C. Heat-treatment studies in steel were well under way by the turn of the century, and a trend of specialized processing was beginning. Processes such as carburizing and nitriding were well known, and advances in equipment and processing were being made regularly.

The following decade of the 1910s brought more developments, such as the use of X-ray diffraction for determination of crystal structure in 1912. Also significant during this time was the development, at Princeton University, of the induction-melting process in 1915. As we see from the pages of Industrial Heating throughout the years, events of the time impacted technology and the economy. 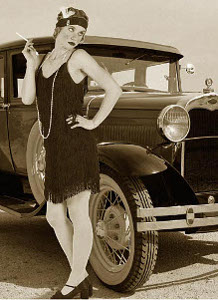 Following WWI, the 1920s began with a renewed hope and enthusiasm for technological development but ended with a depression that would last many years. In 1923, Prof. Willibald Trinks of the Carnegie Institute of Technology published his book Industrial Furnaces, bringing much attention to the industrial heating industry. In 1924, a new electric vacuum furnace was reported to be the first furnace to combine high temperature and high vacuum with accurate temperature readings via an optical pyrometer.

Industrial Heating’s predecessor, Fuels & Furnaces, with Trinks as its technical advisor, began to document the details of many of these developments during this decade. From this point forward, we were a part of the history.

The decade of the 1930s resulted in significant technological advances in spite of the economic disadvantages. The growth of the automotive and aircraft industries led to advancements such as the installation of the largest continuous electric roller-hearth furnace in the world (at that time), measuring 325 feet long for bright normalizing of automotive body stock. Centrifugal casting and infrared heating were also being utilized by the auto industry. The development of “superalloys” that began during this period was prompted by the need to improve the temperature capabilities of materials used in aircraft-engine turbo-superchargers and, subsequently, gas turbine engines for jet aircraft.

American metallurgists Bain and Davenport described the solid reaction rate curve (so-called “S-curve”) of high-carbon steel in 1930 following long, patient experimentation. Some of this experimentation was documented in the pages of Industrial Heating.

In the 1930s, Guinier and Preston verified the theories involving the precipitation hardening of aluminum alloys by discovering “GP zones” in aluminum-copper alloys using X-ray diffraction. Induction heat treating would see its first commercial application at the Packard Motor Car Co. to harden crankshafts used in the car company’s 1937 engine. Also proposed during this time was the use of optical pyrometers to measure temperature in rapidly moving objects such as sheets, rails, bars, billets, etc.

Two interesting and significant contributions to the thermal-processing industry were made in the late 1930s. The first “integrated” atmosphere furnace system was introduced, and, in 1939, a “vacuum electron bombardment” furnace would be introduced to Industrial Heating readers by Assistant Professor Ralph Hultgren of Harvard University. Although this type of furnace had been used previously by physicists for the evaporation of thin films, this unit was reported to be the first of its type used for melting of high-temperature refractory alloys.

By the start of World War II, many automated continuous electric furnaces with accurate time and temperature control were available in mesh-belt conveyor, plate conveyor, roller hearth, pusher, rotary hearth, monorail conveyor and rotary-drum types, with ratings varying from a few kilowatts to 2,000 kilowatts. New fibrous ceramic products such as board and blanket were being introduced as a more convenient form of insulation for industrial furnaces.

Massive heat-treating facilities were being installed and upgraded to meet production demands. It was during this decade that another interesting metallurgical event would occur, resulting in significant changes in the alloying and processing of steel. It was found that many ship hulls would fracture at weld seams when exposed to the frigid waters of the north Atlantic. Several ships literally broke in half while sitting at their docks. Post-war investigations soon led to the discovery of the ductile-to-brittle transition temperature of steel, improved welding methods and the development of fracture mechanics as an engineering science.