This website requires certain cookies to work and uses other cookies to help you have the best experience. By visiting this website, certain cookies have already been set, which you may delete and block. By closing this message or continuing to use our site, you agree to the use of cookies. Visit our updated privacy and cookie policy to learn more.
Home » State of the Thermal-Processing Industry 2017
Additive Manufacturing/3D PrintingCeramics & Refractories/InsulationCombustion & BurnersHeat TreatingHeat & Corrosion Resistant MaterialsInduction Heat TreatingIndustrial Gases & AtmospheresMaterials Characterization & TestingMelting/Forming/JoiningProcess Control & InstrumentationSintering/Powder MetallurgyVacuum/Surface Treatments
Special Feature

State of the Thermal-Processing Industry 2017

How much do you make per year? How many hours per week do you work? Are you satisfied with your job? Is your company a leader or a follower when it comes to new technology? Find out how those who work in the thermal-processing industry answered these and other questions.

In what is becoming an annual tradition, Industrial Heating, with assistance from BNP Media Market Research, polled qualified subscribers on a variety of industry- and job-related issues. Our goal is simple. We want to find out more about the current state of employment in the thermal-processing industry. 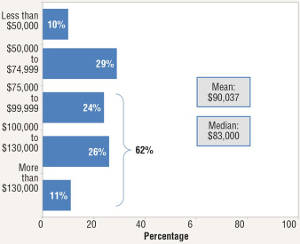 What is your annual salary?

On the surface, these numbers may seem impressive … or they may seem underwhelming. So to put things into perspective, let’s compare the numbers to last year’s survey. Unfortunately, the average salary declined over $4,000 from 2016. The number of workers making over $75,000/year was also down 9 percentage points. 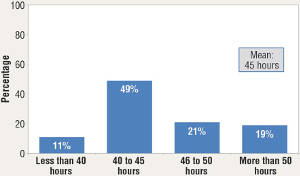 How many hours per week do you work on average?

Salary usually corresponds with the amount of time spent in the office and/or in the field. It makes sense to assume that the more you work, the more you earn. Respondents, on average, work 45 hours per week. Just fewer than 50% of respondents said they work 40-45 hours weekly, while 40% said they work over 46 hours every week. The lucky few, 11%, are under 40 hours per week.

Here’s where things get interesting. Last year, the average number of hours worked per week was 47, which is just slightly higher than this year (according to respondents). However, 55% of respondents said they worked more than 46 hours per week last year, a figure that went down drastically in 2017. So, perhaps there is a correlation between money earned an hours worked.

Overall, how satisfied are you with your job?

This is always an interesting query. How is life working in the thermal-processing industry? Apparently, the answer is resoundingly “good.”

A whopping 97% of respondents said they were either moderately or extremely satisfied with their job. More important is that 61% said they were extremely satisfied. The survey used a 1-10 scale, with 1 being not at all satisfied and 10 being most satisfied. With that in mind, the average response was 7.72. Whether salary or hours worked factored into the decision, one thing is clear: the vast majority of respondents are happy with their job. 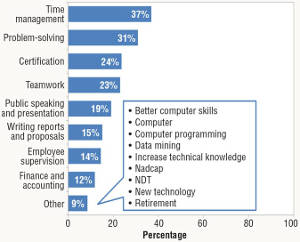 What skills would you like to develop during the next 12 months?

Which best describes your company’s approach to embracing new technology?

Even though this survey is centered around workers themselves, we always ask at least one question about the companies they work for. We feel it’s important to know how thermal-processing businesses take a look at new technologies that could impact their bottom line and/or the industry itself. 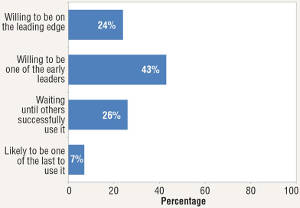 And with technologies like 3D printing coming to the fore, this question may be more important than ever. So it is perhaps unsurprising that 67% of respondents said that their company is either “willing to be one of the early leaders” or “willing to be on the leading edge” when it comes to embracing new technology. To compare, this figure is up 7 percentage points from last year’s survey. It’s obvious that more businesses are unwilling to take a wait-and-see approach when it comes to new technologies.

Now comes the fun part. Who, exactly, participated in this survey? The majority of respondents are employed in four industry segments: captive in-house heat treaters, furnace/oven manufacturers, contract heat treaters and engineering firms. The size of these businesses varied greatly, with 49% having fewer than 100 employees, 20% having 101-500 employees and 18% employing more than 5,000. Nearly a third of respondents’ companies had estimated 2016 revenue of more than $50 million.

As for the individuals that took the survey, the average age was 55, and 71% have at least a bachelor’s degree. Nearly two out of five respondents work in manufacturing/operations/production/engineering/R&D, while 20% were in sales/marketing. Perhaps most important to note about our respondents is that 93% are involved in purchasing decisions.

Another year, another “State of the Industry” report. Once again, we have compiled a number of interesting results, some of which may stir debate around the office. Despite salaries being down, employees are working fewer hours. The biggest takeaway, however, is that an overwhelming majority of those employed in thermal processing are satisfied with their job. What more is there to say?

New Technologies for the New Year

A Return to Live Events

A Year of Change at Industrial Heating

State of the Thermal-Processing Industry

State of the Thermal-Processing Industry 2016