Do You Believe in Climate Change?

It is pathetically amusing to hear comments from those who have no clue about science but fervently believe what is touted in the press as “climate change.”

It was “global warming” yesterday, but that lost its sales appeal when the media could not explain incongruities in data and reports issued by the Intergovernmental Panel on Climate Change (IPCC), which was controlled by a few men in the Climatic Research Unit at University of East Anglia.  Formed in 1988, the IPCC created a world following of “rent seekers” in the real and pseudo science of climatology when they overlaid it with ideas of man-made weather change or “anthropogenic global warming” – fancy words to thrill and amaze the burgeoning number of the U.S. population seemingly without a clue that I call “Joe Dumb-Face.”

This concept has a very important political motivation in the view of a growing number. As it has evolved in the past 30 years or so, the roots of all this is a belief by leftists with a penchant for control of public affairs and a righteous view of their own interpretations of good. Many believe that the world population needs to be reduced for the benefit of mankind’s long-term survival. This is discussed in The Deliberate Corruption of Climate Science, a book by Dr. Tim Ball.

Ball writes: “Science works by creating theories based on assumptions; then other scientists test them. The structure and mandate of the IPCC was in direct contradiction to this scientific method. They set out to prove the theory rather than disprove it.” Further, “deliberate deceptions, misinformation, manipulation of records, and misapplying scientific method and research” to pursue political objectives is now viewed as reprehensible by more and more people. Climate science is not settled, and beliefs held by many in the public who rail against deniers have zero merit. Science indicates that in the approximately 4.5 billion years of Earth’s existence there have been climate changes, including during and after the origins of life. This hardly indicates that humans are participants in making climate changes happen. Fervent beliefs by ideologues do not define truth. 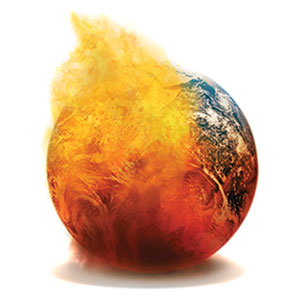 Unfortunately, the U.S. federal government has recently become tainted with corruption on this very subject. Remember that the Information Quality Act of 2000 and subsequent Office of Management and Budget (Executive branch) guidelines require that federal agencies ensure “the quality, objectivity, utility, and integrity of information disseminated by Federal agencies.” Lo and behold, we learned on June 21, 2014, that the NOAA’s (National Oceanic and Atmospheric Administration) United States Historical Climatology Network “adjusted” its published records with data fabricated by computer models that show global warming of 3°C over the next century. In actuality, Earth has been cooling since the 1930s based on thermal records. The NOAA just changed prior reported data without any explanations, doing so in violation of federal law.

The body of evidence does not support federal spending, such as by the EPA, where the administrator, Gina McCarthy, does not release reports to organizations unless she decides they are qualified to analyze materials. So, the EPA has wasted taxpayer money via grants to the Clean Air Scientific Advisory Committee ($181 million since 2000) and the American Lung Association ($43 million in 591 grants), all while $51 billion in penalties were levied on U.S. industry (per the Chamber of Commerce) for failure to comply with “regulations.” The National Science Foundation gave Columbia University a $5.7 million grant at the end of June to make “adult games” to engage and inform public understanding of issues by “depicting horrible scenarios.”

A friend reminded me of a political hack named Trofim Lysenko, a scientist very influential with Joseph Stalin. Lysenko politicized eugenics and biology to the detriment of an unknown number of Russian citizens that departed life early due to objections to this very type of political correctness and governmental abuse. There is a message here.

Indeed, it makes sense for humanity to be a good custodian of the planet. But the clueless that have no understanding of technology yet aggressively believe in feel-good nonsense cannot be accorded a voice on these matters. Our industrial society needs massive amounts of energy that must come from practical sources. There are always new and improved ways to enhance supply, some of which have been mentioned in this column in the past – small modular nuclear reactors, new types of fuel cells and batteries, and improved efficiency and recovery techniques.

On this topic, America has a problem. Only it’s not with global warming but with the motivations of those promoting this misguided agenda. Incidentally, I fervently believe in the tooth fairy. That must make it true, right? IH

Do Something About Energy Before They Come For You

Don't Let Change Leave You Behind in 2017