In our June issue, you can count on information you need to know about energy. Our first topic is the latest in battery technology. As you know, many of these advancements involve materials technology, which is also of interest to many of our readers.

Because of the high impact, this research is centered on battery technology for mobile devices such as smartphones. Nanotechnology and graphene are the keys to much of this research. Current lithium batteries use graphite, and it is believed that replacing the graphite with graphene can make batteries last longer and be more flexible.

An Israel-based nanotech company, StoreDot, is working on a battery that can go from dead to full charge in 30 seconds. In essence, the technology combines a super capacitor with layers of lithium. It employs nanodots on the electrode to quickly accept the electrons from a charge. These electrons continue to charge the battery even after the power is disconnected. The technology works well, but at the moment it is too large for smartphones. They expect to have the power density improved sufficiently to fit into a smartphone in one year. Within three years, the quick-charging ability is expected to be ready for mobile devices.

Researchers at the University of Limerick have developed a new germanium-nanowire-based anode that can greatly increase the capacity and lifetimes of lithium-ion batteries. Typically, germanium destroys itself due to its dramatic expansions. Nanotechnology keeps this from happening as the battery is charged over and over again.

Our base in Pennsylvania affords us a close-up view of the Marcellus shale phenomenon. In 2011, Pennsylvania became a net producer of energy from previously being a consumer. We now produce more energy than we consume. This has resulted in a number of good jobs for the area in addition to all the service industries supplying the energy producers. We have written about this in past editorials.

Using Pennsylvania as an example, our power usage is divided up this way: 17.1% commercial, 24.8% residential, 25.6% transportation and 32.5% industrial. The types of fuels used here are 27.7% petroleum, 27.5% coal, 22.6% natural gas, 18.1% nuclear and 4.1% renewable. Different areas of the country will have different mixes, but this provides a good working example of the types of energy used and by whom.

In an effort to reduce our usage of petroleum, incentives are being given to help companies diversify their vehicle fleets to utilize alternative fuels such as natural gas. Millions of dollars in Pa. grants are available to companies and government authorities under the Act 13 program. They can receive up to 50% of the cost to purchase or retrofit vehicles, with a maximum of $25,000 per vehicle. 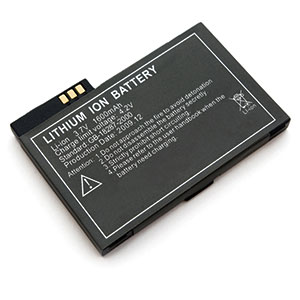 Using a wrongheaded approach, our government is attacking the coal industry. With 27.5% of the energy usage in Pennsylvania being coal, producers and consumers will be hurt by this administration’s coal policies. As a result of these efforts, global consumption of coal is up just 3.4% from 2000-2011, but it is up almost 61% in China alone.

What is this wrongheaded approach? It is called settled science by those seeking to put down their opposition. I recently read a very interesting column written by John R. Christy, who is an Alabama state climatologist and a professor of atmospheric science at the University of Alabama. Christy admits that it is impossible to predict how the climate will change as a result of adding extra greenhouse gases (GHG) to the atmosphere.

While it is demonstrably true that we can measure and prove that atmospheric GHG are increasing and can show that adding GHG to a jar of air will add to warming, we cannot prove that adding GHG to the atmosphere will have the same result. The climate’s complexities are innumerable and poorly understood. Christy admits that the system is so massively complex that global-sized theories cannot be tested in a laboratory.

Using 102 of the latest climate-model simulations, Christy analyzed the tropical atmosphere temperature over the past 35 years. His finding showed that all 102 models overshot the actual temperature change on average by a factor of three (300%). He concludes that not only is a warm bias built in to these models, but this evidence clearly shows that this science is not “settled.”

This is the science being used by the feds to add rules and regulations to control what we do and how we do it. Space will not allow me to give examples, but we encourage you to remain vigilant to avoid allowing unnecessary controls to be imposed. Are they unnecessary? Well, the Obama administration is demanding that the dairy industry reduce cow flatulence by 25% in the next six years. I’d say that stinks. IH