The U.S. industrial recovery and employment outlook reflects a mixed picture that has our attention today. Americans must be forever thankful for a resurgence in oil and gas supplies – an increasing availability with reducing prices – which is the primary driver on this new road to success.

Remember that for the period 1900-1973, adjusted to 2012 value, America enjoyed oil prices at or below $20 a barrel. For the 1990s, the price was about $25. Today, the U.S. is entering a new age of oil and gas pricing due to domestic discoveries and production that is the overwhelming stimulus for our return to industrial health … if our federal government doesn’t ruin it for us all.

Early this year, petroleum economist Philip Verleger said, “Increased oil and gas supplies will bring an economic renaissance to the United States. Energy independence, once thought unrealistic, will be achieved.” 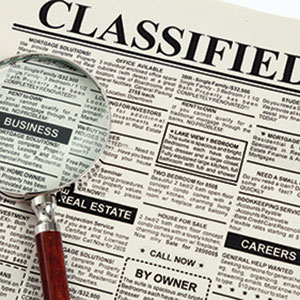 In round numbers this might mean 5 million new factory jobs in the next decade, attributable to inexpensive gas supplies. Know that 7.5 million factory jobs have been lost since the 1970s, so it is not a full recovery to yesteryear. Manufacturing employment has increased only 2.6% since mid-2009, but that uptick is welcomed after the 19% loss in the sector from 2001 to mid-2007. In a November 2013 report from the International Energy Agency (IEA), European nations pay triple U.S. gas prices and Japan fivefold more, giving the U.S. a 5-25% export cost advantage into markets. This newfound windfall for America must be protected from disruptions imposed by bureaucrats who have no clue about how the economy really works.

The Institute for Supply Management (ISM) follows and reports on these matters every month. As of Jan. 1, new orders, production, employment and the overall economy in the manufacturing sector were growing but at a slower rate than all but two months of 2013. The trend is favorable because it is not in decline. As stated earlier, this can and will change as the manufacturing industry gains traction with cheaper energy. It can replace the 1.5 million jobs lost between the beginning of 2008 and the end of 2013.

A look at unemployment rates during recessions, their end and recovery periods is shown in Table 1.

All this is true if you can believe data from the Bureau of Labor Statistics. What this tells us is that the current recession is not really over. America desperately needs the boost that the emerging energy supply and lower prices portend.

Another looming matter is quite important and relates directly to recession recovery and the many years that American manufacturing can have in its future. In my view, the nature of the labor force that will serve the industrial economy is the most important part of our peril. The availability of a workforce that is educated in science, technology, engineering and mathematics (or STEM disciplines) is critical. Nineteen of the 100 largest metropolitan areas of our country have a workforce that ranges from 21.5-33.2% “STEM enabled.” Fully half of the workforce must have STEM orientation and training for successful business activity. As this column has discussed at various times, there is a shortage and increasing deficiency of STEM employees. It is estimated that at least 26 million U.S. jobs, 20% of the total, require STEM competence, doubling from the onset of the Industrial Revolution in 1850 when it was 10%. Further, it must be remembered, half of all STEM jobs do not require a four-year college degree. They do, however, require education, acquired skills and a responsible work ethic.

It is distressing to learn that federal healthcare law(s) encourages the people that should be in the workforce to withdraw from participation in order to “get a goodie” from government. No employer wants to hire a worker with that kind of outlook or perverted sense of responsibility, as well as a lack of training and competence.

This matter, good reader, is the most significant American employment issue. Low-priced energy helps and a better advantage into markets is wonderful, but solving people problems must be an industrial focus for survival and success. IH