Our focus in January is on new technology and other things you should be watching in the coming year. Let’s start off by introducing Industrial Heating’s new publisher, Darrell Dal Pozzo. The sidebar provides more information. We know that Darrell will be warmly received by our thermal-processing family.

We would like to review a few new things that have the potential to change what we do or how we do them. As we have said many times, developments of materials have the potential to make the biggest impact on new technology. One of these is graphene. As time goes on, development continues and we get closer to this impact. Graphene is a carbon sheet one atom thick, and it is the strongest material ever tested and the thinnest ever made. It conducts heat and electricity better than copper and silicon, and it is so impervious to helium that graphene containers hold helium better than steel tanks. While graphene is as flexible as rubber, it’s as clear as lightly tinted glass.

Some in our industry might be involved with the material, but it’s more likely that graphene and its products could replace material that heretofore was thermally processed. Researchers from Carnegie Mellon indicate that by using graphene it might be possible to make material as light as plastic, as strong as aluminum and large enough to build a car. Let’s watch with interest.

Another ground-based development appears to be automotive hydrogen fuel cells. I know; you’ve heard that before. This time, however, “may be the charm.” Virtually all of the larger automakers are working on fuel-cell cars that will go on sale (or lease) as early as 2015 (BMW and Hyundai). Hydrogen seems to be making some strange bedfellows, with Renault and Nissan partnering with Daimler and Ford for a target 2017 release. A joint venture by Honda and GM has 2020 as their goal to produce hydrogen cars. How will this affect our industry? Time will tell.

Space is another frontier (if not the final one) for great development strides. Since NASA dumped the space program, private enterprises have taken up the mantle of space travel. We can’t provide much detail in this column, but watch for the following programs with their anticipated launch dates in parentheses: Lynx (2014), SpaceShipTwo (2014), Dragon (2015), Dream Chaser (2017), New Shepard (?) and Orion (2021-2025). Some of these vehicles are intended to haul payloads to the International Space Station (ISS), and some will take passengers into suborbital outer space.

To address the needs for launching spaceflight, three spaceports are being developed. We have previously discussed Spaceport America in New Mexico, but the Mid-Atlantic Regional Spaceport is a state-run operation based at the NASA launch facility on Wallops Island, Va. In September, a capsule was launched from there to the ISS. The third is located at the Kennedy Space Center.

We have long and regularly reported the impact of governmental regulations on our industry, particularly those imposed by the EPA. Personally, I think this is still a significant unknown, and we’ll provide a recent example of what happened to one company as a result of EPA regulations.

The company, which has been in operation since 1892, is Doe Run’s lead-producing smelter in Herculaneum, Mo. It’s reported that Doe Run had made significant efforts to reduce lead emissions from the smelter, but current EPA guidelines are 10 times more restrictive than previous guidelines, requiring $100 million in upgrades to comply. As a result, the smelter closed on Dec. 31, 2013. There is a more insidious issue associated with this closure. At this time, the U.S. no longer has a domestic source for the lead used in bullets. This will make ammunition more expensive and less accessible. Based on this restriction, it’s possible the U.S. government might control offshore lead production enough that ammo will need to be purchased from the government. How far-fetched is that considering the government is in control of what we buy for health insurance? We’ll let you decide.

New years always hold great opportunity, and 2014 promises to be no different. We encourage you to stay tuned to Industrial Heating in 2014 – both in print and on our website – for the latest news and developments. IH 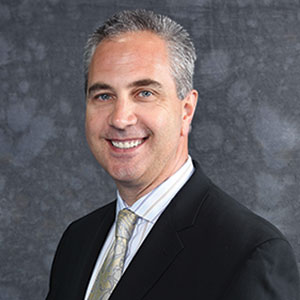 Industrial Heating has a new Group Publisher. Darrell Dal Pozzo has assumed the role of Group Publisher for Industrial Heating, FORGE, Process Heating and Process Cooling. He brings a wealth of publishing experience to the magazines, including 3.5 years with BNP Media. Dal Pozzo has worked in the business-to-business publishing industry in a variety of sales, management and digital roles for 17 years. He looks forward to working with the thermal-processing market and can be reached at dalpozzod@bnpmedia.com.