Remanufacturing – doing it again and sometimes better – is a growth area for heat treatment and surface engineering.

Repair, rebuild, refurbish, recover, reuse, rescue, restore. People know what these words mean in English in a general sort of way, and in ordinary communication they are used more or less interchangeably. The more recently coined term “remanufacturing” is therefore very useful, but it does need better and clearer definition. It also needs authoritative versions in a range of languages. It is often unfortunately abbreviated to “reman,” which sounds like putting a new crew on board. However, the term seems to be gaining ground and credence.

Of course, reuse after repair of components or entire machines has been happening ever since things were made. During WWII for example, a big effort went into putting damaged equipment back into service; cheaper than new and certainly available quickly and “locally.” More recently, considerably more focused effort and intellectual horsepower has gone into remanufacturing.

In the automotive industry, rebuilt parts and systems have been around for a long time. In the U.S., the Federal Trade Commission requires that the results of such work are clearly labeled as “rebuilt.” Wikipedia says: “Remanufacturing is a form of a product recovery process, which differs from other recovery processes in its completeness: a remanufactured machine should match the same customer expectation as new machines.”

So, remanufacturing is rather broader than rebuilt. The U.S. Environmental Protection Agency (EPA) launched a Comprehensive Procurement Guideline (CPG) program in 1995 to promote waste reduction and resource conservation through the use of materials recovered from solid waste. It also ensures that the materials collected in recycling programs will be used again in the manufacture of new products, but the EPA also defines rebuilt vehicule parts as “vehicle parts that have been remanufactured, reusing parts in their original form.”

Remanufacturing brings some serious benefits of availability, economics and security, energy savings, and reduction in the need for dirty processes. Other benefits include:

•   The procedures are likely to consume less time than the original manufacturing process. 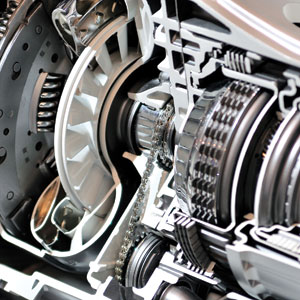 •   The remanufactured part can be an improvement on the original when higher-tech processes are used (especially, for example, nano surface engineering).

•   A remanufactured component is by definition going to provide the same service as the original so that the original component or system considerably extends its life. Therefore, end-of-life scrapping is postponed.

•   The remanufactured component or system requires minimal input of raw materials (and remanufacture can recover expensive alloys and materials in short supply).

•   There is a much reduced requirement for remelting.

China is also giving serious attention to this subject. As proof, one of the nation’s Key Laboratories is devoted to it – the China National Key Laboratory for Remanufacturing (NKLR).

The event combined a conference and an exhibition. One of the stated objectives is future collaboration and science/industry partnerships in the field. Conference participants were also offered information on the Chinese National Development and Reform Commission (NDRC) policies. Preferential treatment and state support is possible. A quoted list of potential preferred companies in China includes: ZF, Bosch, Volvo, Wabco and Sankaku.

Remanufacturers can be any size, from very small and specialized SMEs to large and diversified companies. As a definable sector, it has good growth potential for all or any of the reasons listed above, and the range of products being remanufactured is very wide and growing. There should be good possibilities globally for smaller businesses.

Heat-treatment and surface-engineering processes are likely to be key to success in this field, especially in aerospace and automotive (certainly including military), but there should also be great scope for heavy equipment, valves and pumps. IH

Robert Wood is the General Secretary of IFHTSE.  He can be reached at robert.wood@ifhtse.org.