Regional Manufacturing on the Rise

If you have been reading Industrial Heating for a while, you know that I like to reflect a bit at year-end. Sometimes that means considering what has happened in the past year and occasionally looking ahead. We have also discussed what’s important in life – in addition to our vocation, of course.

In this issue, one of our articles is a 2014 Forecast for our industry. Let’s face it: The “economy” is always on our minds, and it’s a huge factor in just about every business decision a company makes. In an effort to forecast what the coming year holds for the thermal-processing industry, we polled several manufacturing executives to get their opinions on their respective companies specifically and the economy in general. A total of 14 companies participated in this special project. You can watch, listen and read what they had to say. Some interviews were conducted on camera, some via audio and others in print. The article on page 35 is an edited compilation of what these company executives had to say. Go online for the full, unedited interviews in video, audio and print formats.

One of the things we heard from some of the interviewees is that uncertainty is influencing 2014. Many companies are concerned about a number of things that are outside of their control. When you are trying to run a business, it’s right to be concerned. But when possible, we should focus on the things within our control that can influence and improve our businesses. Let’s explore some ideas. 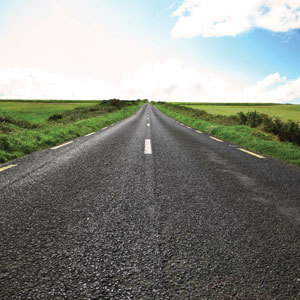 First, I read an article some time ago about “thinking local.” If you look around, you’ll notice there is a move toward locally produced goods and services. This might be push back from our federal government, which seems to believe bigger – with nonlocal control – is better. Has the number of farmer’s markets (with locally grown produce) increased in your area? How about guilds for locally produced goods and services? How can we use this movement to impact the future of our companies? We’ll talk about one example in a moment.

Regional manufacturing is growing in its influence. What is it? It’s about producing products in the markets in which they are going to be sold. Motorola’s Moto X smartphone is an example. It is reported to be the first smartphone wholly designed, engineered, manufactured and assembled in the U.S. State-of-the-art manufacturing facilities (e.g., Motorola) are placing new demands on workers, and companies are creating a workforce able to meet the challenges by improving employee training internally or partnering with technical schools and colleges.

The model that has been shown to work over the centuries is concentric circles of influence, optimally “the 3, the 12 and the 120” as defined by Andy Crouch in his book Culture Making: Recovering Our Creative Calling. Using this model might be a way to increase your business impact. Think about how it might apply to what you do. Sometimes we see improvement or growth as too big for us to tackle. Maybe so. We aren’t encouraging going it alone. Try taking two like-minded companions (three), add a dozen experts and loyalists (12) and watch what happens.

A recent article from Australia described how small, local companies are taking on the big boys. A number of large, local projects have been going to overseas companies because no local firms were found that had the capacity to bid on larger projects. As a result, six small Queensland-based steel manufacturers – competitors all – have teamed up to form a joint venture (JV) called Australian Steel Fabricators (ASF).

Here’s how it works. Each of the six companies provides a representative for the board of directors of ASF, which has an independent chairman. ASF will bid on projects, and if it wins one, the organizing companies best able to deliver the service(s) will form a JV specifically for that project. You might say that three of the six companies form a JV of 12 employing 120 to get the project done, thereby preventing it from going overseas. Those might not be exact numbers, but the real-life example helps to illustrate the 3/12/120 circles of influence.

A final thought comes from a book entitled Choose Yourself. James Altucher suggests that honesty, like the 3/12/120 concept, compounds exponentially. Just a few of Altucher’s thoughts about how to be more honest in your life (and business) are don’t be angry, don’t gossip, do what you say you are going to do and enhance the life of others. Good advice!

At Industrial Heating, we wish you the best of the holiday season and hope that 2014 is a great year for you and yours. IH