When we think of aerospace news, our thoughts typically turn to aviation – jets that transport people. Let’s start there as we see what’s currently buzzing in the industry.

Looking away from large aircraft such as the Dreamliner, which has been mentioned often in editorial or newsletters, let’s focus on smaller single-aisle passenger jets. The big boys – Boeing and Airbus – seem to be competing for the larger end of the market and paying less attention to the single-aisle, 100- to 149-passenger aircraft.

What is interesting about this market? The number of single-aisle jets in service is expected to double by 2032. At that number, it would total 70% of all commercial planes. Analysts estimate that the expansion will be worth $2.3 trillion in new sales.

Standing in the gap to compete for this market are familiar names, but one does not have a history of building aircraft. Bombardier is the first in line with their CS100, which seats 110-125 and has an anticipated delivery in 2014. Fuel efficiency is key in this segment, and the CS100 uses 20% less fuel than existing aircraft in this size range. Bombardier’s CEO, Pierre Beaudoin, claims that the “CSeries” is 15% more fuel efficient than any other airplane on the market today. Bombardier forecasts that 7,000 airplanes will be sold in this category in the next 20 years.

Next in line, with a potential 2015 delivery, is a startup by Mitsubishi. Their model MRJ90LR seats 88-92 with an anticipated fuel savings of 15-20% per seat compared to existing similar-sized aircraft. Although Mitsubishi is a large company with a healthy bankroll that has been making parts for other aircraft manufacturers, they have not produced a jet since the early 1970s.

“Most startup airplane companies fail,” explained former Boeing engineer and Bank of America’s aerospace analyst, Ron Epstein. It may be a bumpy takeoff for Mitsubishi’s MRJ.

The Embraer E190-E2 is the other entrant. It seats 97-106 and uses 16% less fuel per seat than existing aircraft in this market segment. The Brazilian firm is essentially upgrading its current line with the E2. They hope that a new engine and new wings will give them a leg up on the competition. Anticipated delivery of the E2 is in 2018.

Other news as I write mostly involves the current government shutdown. What a show this has been, but I don’t have the space to document that in this column. On Oct. 7, a news headline indicated that shipments of Boeing’s Dreamliner have been halted from South Carolina but not from Washington state. I’ll let you speculate on the reason for that difference, but the lack of FAA inspectors is the cause. The next day, Bloomberg reported that more than 800 FAA workers who were sent home without pay on Oct. 1 would be returning to work within the week. In spite of this, the FAA’s aircraft registry will remain closed. The registry closing has blocked the sale of new as well as used planes, and as many as 10,000 aircraft a month could be grounded if registrations are not renewed.

Additive manufacturing, covered in our August editorial, is in the news for NASA. The space agency is planning to launch a 3-D printer into space a year from now. They are currently testing various models in simulated space conditions. The intent is to equip the space station with “a flying factory of infinite designs.” Just one more application of this novel (you might say space-age) technology.

In last month’s editorial, we promised to discuss drones as an entrant into the aerospace realm. There’s more news than we can include in the space remaining, but let’s highlight some of it here. The FAA is scheduled to set rules for commercial drone use by 2015. At that time, applications such as BP’s scout for inspecting pipelines in Alaska might take flight. Another application of the technology once it’s approved would be commercial journalism. Privacy concerns begin in 2015 unless ethical guidelines are also in place by then.

We are familiar with drones being used as unmanned weapon systems or surveillance devices. Northrop Grumman’s head of aerospace systems division recently estimated that the development and construction of unmanned weapon systems will double over the next two years. Interestingly, Pentagon leaders cut over $1 billion from its unmanned weapons programs in its fiscal 2014 spending budget. In spite of this cut, the Defense Department is looking for next-generation unmanned technology to include refueling manned warplanes, supersonic speed capability and drones that can move across land and under water. For next-gen drone development, the sky is no longer the limit. IH 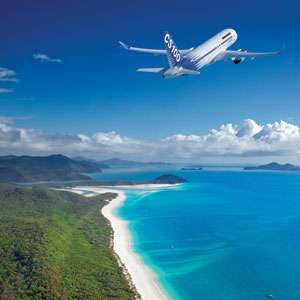 Welding with a Bang

Aerospace News That's Out of This World