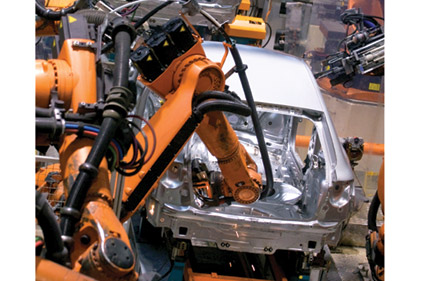 Our monthly musings in this column often are based on what’s hot in the news over the past reporting period. For this reason, it seemed that the natural story this month would be about robots and their use in manufacturing and many other related purposes. In the past month or two, story after story crossing my desk had something to do with automation and robotics. So, let’s review.

We all want to make our businesses more competitive, which will likely cut costs. Without taking the space to support each reason, ABB, a robot manufacturer, lists the following 10 reasons to consider robots: reduce operating costs; improve product quality and consistency; improve quality of work for employees; increase production output rates; increase product manufacturing flexibility; reduce material waste and increase yield; comply with safety rules and improve workplace health and safety; reduce labor turnover and difficulty of recruiting workers; reduce capital costs (inventory and work in progress); and save space in high-value manufacturing areas. ABB lists applications for automotive, metal fabrication, and foundry and forging areas. Check out the great video at www.industrialheating.com/tesla for examples of what robots can do for an automotive manufacturer.

Often, workers and their employers are concerned that robots will put employees out of work. In their book Race Against the Machine, researchers at MIT argue that computer and robotic innovation is upsetting the job market. A January report by the AP claimed that millions of middle-class jobs were being “obliterated by technology.” An article in World magazine earlier this year suggests the opposite. The author indicates that manufacturers believe that automation can save American jobs in the face of global competition. One quote from the article sums it up: “If you’re out of business, what good are you?”

The manufacturers interviewed by World indicate that by adopting automation, companies lower production costs enough to manufacture on U.S. soil and employ American workers. One precision metal-machining manufacturer using robots says, “We’ve never laid a single person off, ever, due to automation improvements. We expect our revenues to potentially double in the next three years (due to automation).” They anticipate employment will grow from 175 to 225 in that time.

Others must agree because, according to the Robotic Industries Association (RIA), North American companies bought a record 22,598 robots worth $1.48 billion in 2012. Shipments through June of this year totaled 11,308 valued at $715.1 million, breaking last year’s first-half record by 11%. RIA estimates that about 230,000 robots are now in use in U.S. factories, second only to Japan.

At a summer meeting of the Congressional Robotics Caucus Advisory Committee, experts had a goal of communicating that robots are not a threat to employment. Similar to the conclusion drawn previously, they stated that “the technology is really about operating efficiencies.” Robots enable growth in industries that must remain onshore. Jeff Burnstein, president of the Association for Advancing Automation, explained that robotics will create up to 1.5 million jobs by 2016.

It’s impossible to discuss the topic without a nod to an issue we have discussed in several previous editorials – skilled workers. We don’t have the space to address it here, but in order to see this type of job growth, skilled workers with the advanced training required to program and maintain such high-tech equipment will be needed.

One of the downsides of robotic technologies has been maintaining a safe working perimeter around the robot. A recent news item out of Germany indicates that this complication may be resolved for some applications. Volkswagen installed a lightweight robot in its cylinder-head assembly area at one of the largest engine production plants in the world. The robot is able to directly collaborate with people without any guards due to its integrated safety mode. It’s the first collaborative robot in use by VW worldwide.

Other robots are being manufactured to do things like vacuuming our carpets or cutting our grass. I also read recently about a robot drone that is being tested by BP for routine inspections of gas pipelines in Alaska. The 3-pound, $85,000 drone is equipped with a heat-sensing camera that can check the pipe for leaks. Drones are another whole subject that we hope to dive into next month in our aerospace issue.