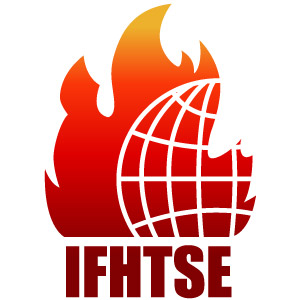 The International Federation for Heat Treatment and Surface Engineering (IFHTSE) is in many ways simply a network, and it has been a successful one for four decades. It has also been a “virtual organization” since before the term was coined. Structurally, it is a member-controlled body forming a global network of a range of types of organizations and individuals with a common interest in the industrial development of the economically critical sphere of heat-treatment and surface-engineering process, practice and scientific and technological development.

By and large IFHTSE members are companies, associations or groups based in Australia, Brazil, China, Egypt, Europe, India, Japan, Korea, Mexico, Russia, Thailand, Turkey and the U.S. Like any organization, it can only function through the work of individuals. Consequently, it is also a network uniting the majority of experts in the field and many in interfacing disciplines. The multidisciplinary approach is the norm, and IFHTSE has always linked materials and mechanical engineering interests.

Heat-treatment and surface-engineering science, technology and processes are spread across the whole of industry and affect the lives of everyone. Many problems, challenges and opportunities are quite specifically national or indeed regional or local, but industry is global. In our view, there are some areas in which only a multinational approach – with knowledge sharing – can really make sense. IFHTSE has been contributing over the last 40 or so years in such very obvious areas as:

•   Information exchange and coordinated planning for conference and exhibition programs

But much more than that, IFHTSE has been active in many other areas where cross-border collaboration makes a difference, such as energy management, environmental acceptability aspects of process development, and property and performance data for modeling and simulation. Additionally, IFHTSE has worked in the area of education and training. If industrial effort is global – and many company markets can only make sense on a cross-border basis – the labor market also becomes international.

Networking has primarily meant contact and communication, but it has also produced both tangible and intangible output, including:

•   Global 21– A project launched in 2007 to create a framework for a continuous study of state-of-the-art and expected development trends in heat treatment and surface engineering in this century. In addition to workshops and formal and informal discussions, specific expert papers on a range of economic, scientific and industrial topics have been specially written.

•   The official Journal of IFHTSE,International Heat Treatment and Surface Engineering

•   A 2,500-word multilingual glossary of heat-treatment and surface-engineering terms

•   A large body of education and training material

•   Specific collaborations have been triggered, such as those between organizations in Europe and Brazil.

Two new actions, of course with multinational participation, are:

All this takes time and effort (a very great deal of it voluntary!), but many people have actually found that being active in this network has helped their careers. They have also reaped the benefits of being part of a global “club.” It has repeatedly been proven that it is possible to collaborate without undermining competitiveness in global business! A strong motivation for the creation of IFHTSE in 1970-71 was maintenance of East-West collaboration against the fairly tense political backdrop of that time. Most of the tensions of that period have eased, but the global economic shifts and new tensions since then have emphasized the importance of maintaining cross-border interaction. So, there is a continuing and (some have said) more urgent need for extended worldwide networking and collaboration among specialists from every continent.

On a day-to-day basis, IFHTSE is operated by the president, vice president, treasurer and me (as secretary general), aided by the rest of an executive committee that has members from 11 countries. The prospects for continuing and even expanding actions like those described here are good, but we are conscious that we must encourage the input of new and younger blood among the activists in the Federation as a whole. Anyone willing to offer effort and ideas is welcome! IH

Bob Wood spent many years in association management with the UK Iron and Steel Institute and its successor bodies. He has also acted as secretary to the European Federation of Corrosion, European Powder Metallurgy Association and European Steel Institutes Confederation. Wood has been a special adviser to the UK Institution of Mechanical Engineers Tribology Group, a member of the Alloy Phase Diagram International Commission and of the board of Acta Metallurgica. Independent since 1992, he has been providing the Secretariat for IFHTSE since 1988.

Robert Wood is the General Secretary of IFHTSE.  He can be reached at robert.wood@ifhtse.org.