Provided by: The Manufacturers Alliance for Productivity and Innovation (MAPI)

Every three months, the Manufacturers Alliance for Productivity and Innovation (MAPI) provides a detailed look at the health of the domestic manufacturing sector 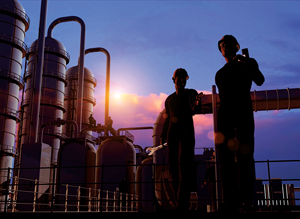 and reviews the performance of a selected group of its most important subsectors. This report covers the actual data available through April 2012 and provides MAPI’s forecasts, which were completed in late May and early June.

The growth rate of the overall economy was relatively weak in the first quarter of 2012. Inflation-adjusted GDP increased at only a 2.2% annual rate, slower than the 3% annual rate posted in the final quarter of 2011. MAPI predicts that GDP growth will increase at annual rates of about 2.1% over the next five quarters. These growth rates are categorized as a relatively modest pace and well below what would be considered normal for an expansion following a severe recession.

The 2012 and 2013 forecast is for a moderate pace of GDP growth. Consumers are deleveraging and are reducing debt and therefore can only increase spending commensurate with employment and wage growth. While the pace of employment growth has improved, increases to state and local taxes have eaten away at personal income gains. While there is strong growth in private construction activity and business equipment spending, the gains are offset by government spending austerity. Our base case forecast is that inflation-adjusted GDP will rise 2.2% in both 2012 and 2013.

A major problem with the slow growth outlook is that this stall speed makes the economy susceptible to little growth or even another recession, possibly induced by a major shock. The risks most likely to push the U.S. into another recession are a systemic bank lending freeze coming from the European sovereign debt crisis, the potential disruption of Middle Eastern oil transport by Iran, and political gridlock over the federal spending fiscal cliff and the debt ceiling issues that must be dealt with in early 2013.

MAPI’s forecast for industrial growth in 2013 is improved from the last report. Pent-up demand for consumer durables (particularly motor vehicles) exists, firms are profitable and have pent-up demand for replacing traditional and high-tech business equipment, and there is strong growth from emerging economies for equipment to build their infrastructure. Unfortunately, the recession in Europe will have the effect of canceling out any net benefit from trade this year.

Among the highlights of this report’s cyclical analysis of 27 industries are these findings and MAPI forecasts:

IH Economic Indicators: Number of Orders Down, Expected Change Up

Users of Industrial Hydrogen Look Beyond Delivered for Security of Supply