The History of Industrial Heating: 1000 BC - Present

In the early 20th century, Industrial Heating magazine came on the scene. In this historical overview (decade by decade), we take a look at metallurgy and how the steel industry was becoming big business. Throughout the century and into the next, advancements in heat treatment and materials led the way, and we were there.

The Legend of Copper Mounds of the New World 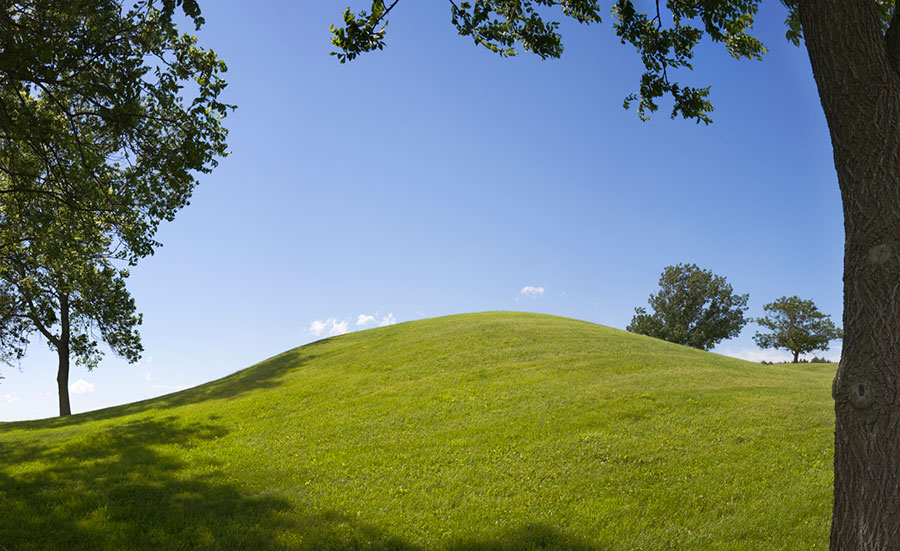 Who made these copper mounds, and why were they made? Unfortunately, some of this information is prehistoric, but history, legend and archaeology reveal some of the mystery that may involve New World copper trade even before its “discovery.” 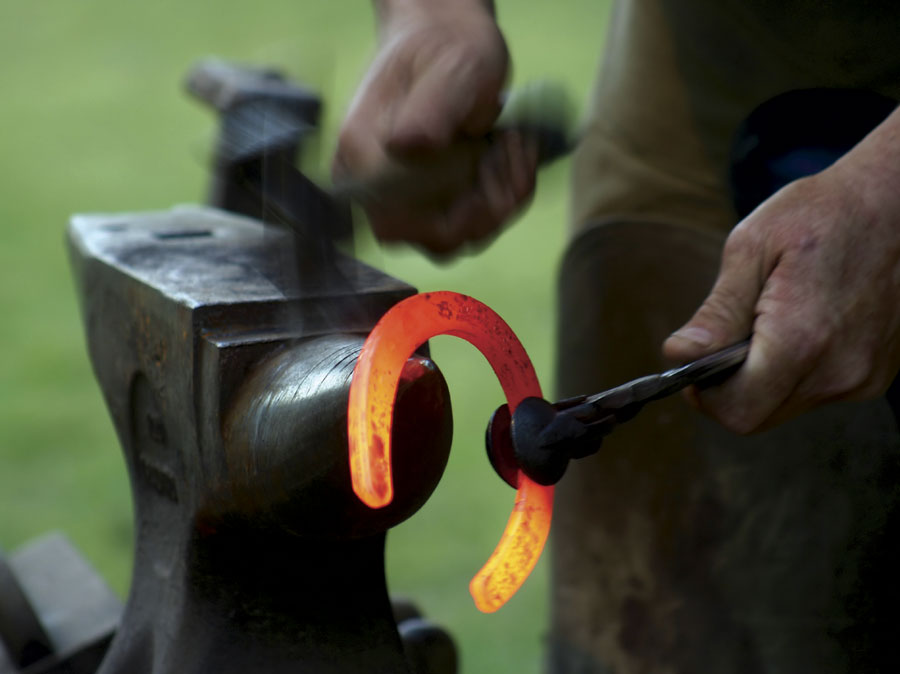 There’s something compelling about blacksmithing. It’s probably about mastering the metal by hammering red-hot iron. While an ancient art, blacksmithing is alive and well in the decorative blacksmithing of the 21st century. How did it begin, and what beauty has been wrought over the years? 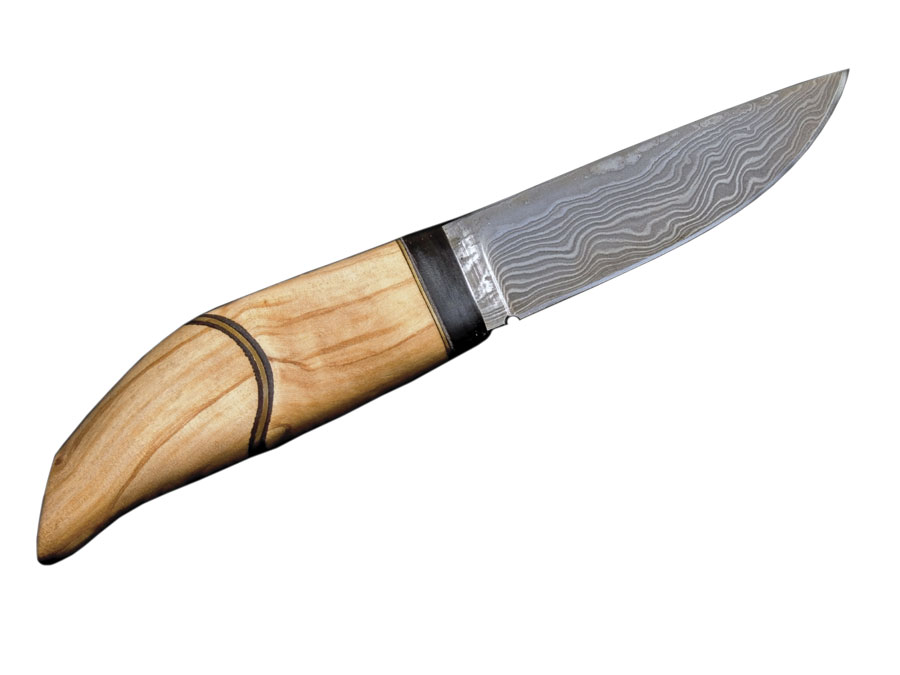 What is Damascus steel?

Damascus steel is beautiful but mysterious. It has been used for making swords and knives for centuries. Pattern welding is used today to re-create the beauty. Let’s unwrap the mystery a bit and find out if it really originated in Damascus and what secrets vanadium and hot shortness hold. 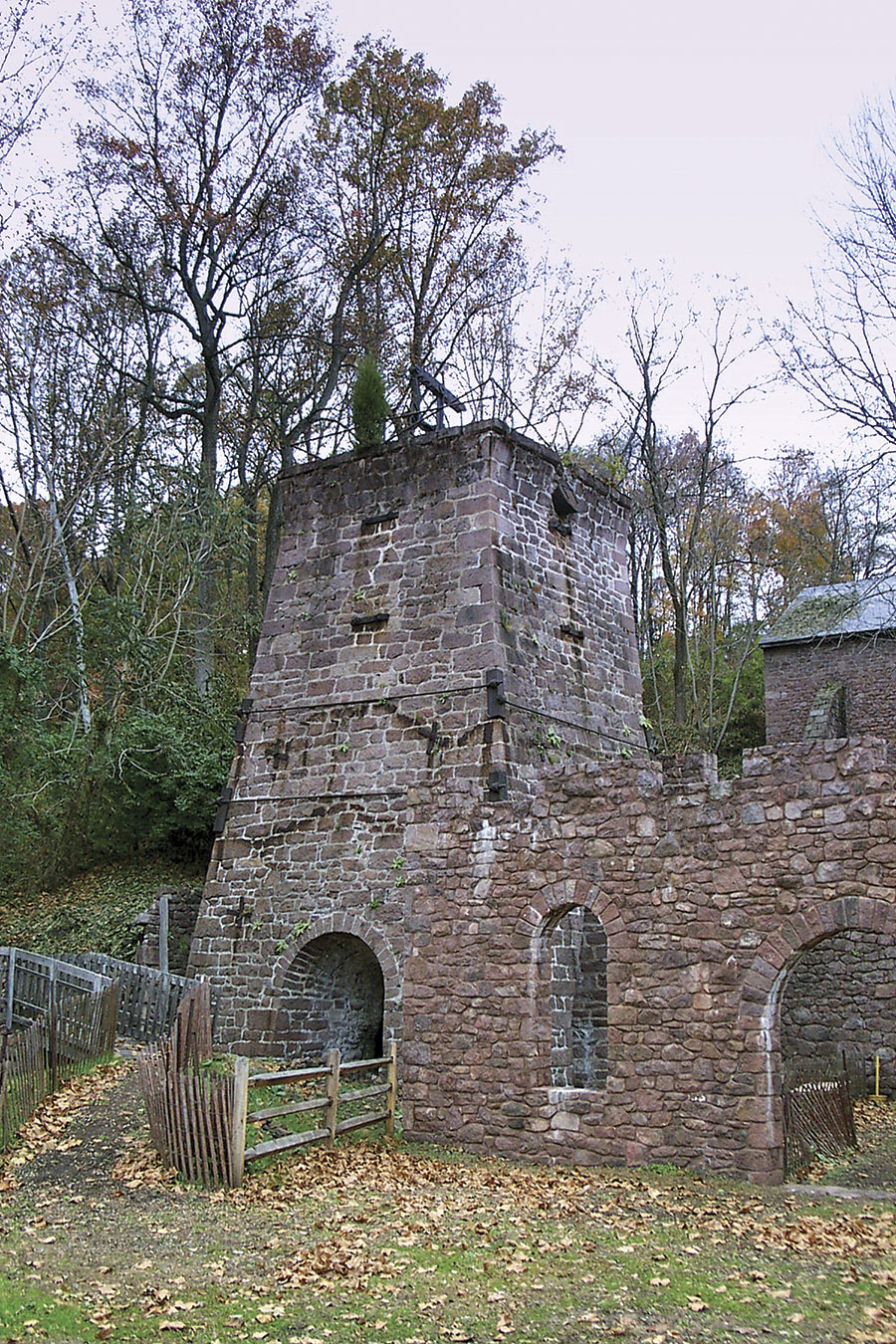 Colonial iron-works connect today’s foundry operations to the past. Learning what it took to make a ton of iron in colonial Virginia is an interesting trip back in time. Your time machine awaits. 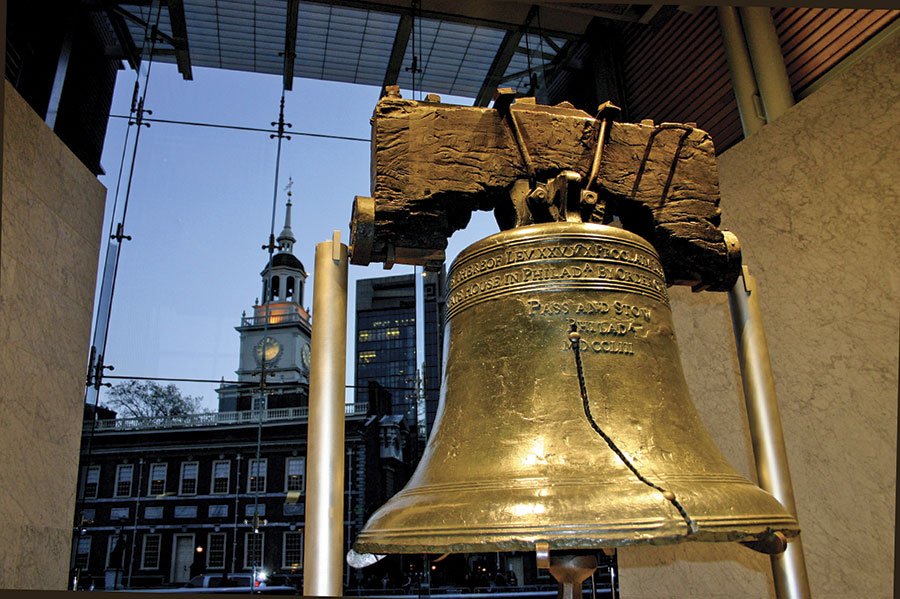 Did you know the Liberty Bell was originally cast in London? It cracked on the first chime. The Independence Hall bell we know and love was recast and re-alloyed in Philadelphia using the original bell as raw material. As we know, its fate was ultimately the same as the original.

Paul Revere: The Life and Work as a Foundryman Metallurgist 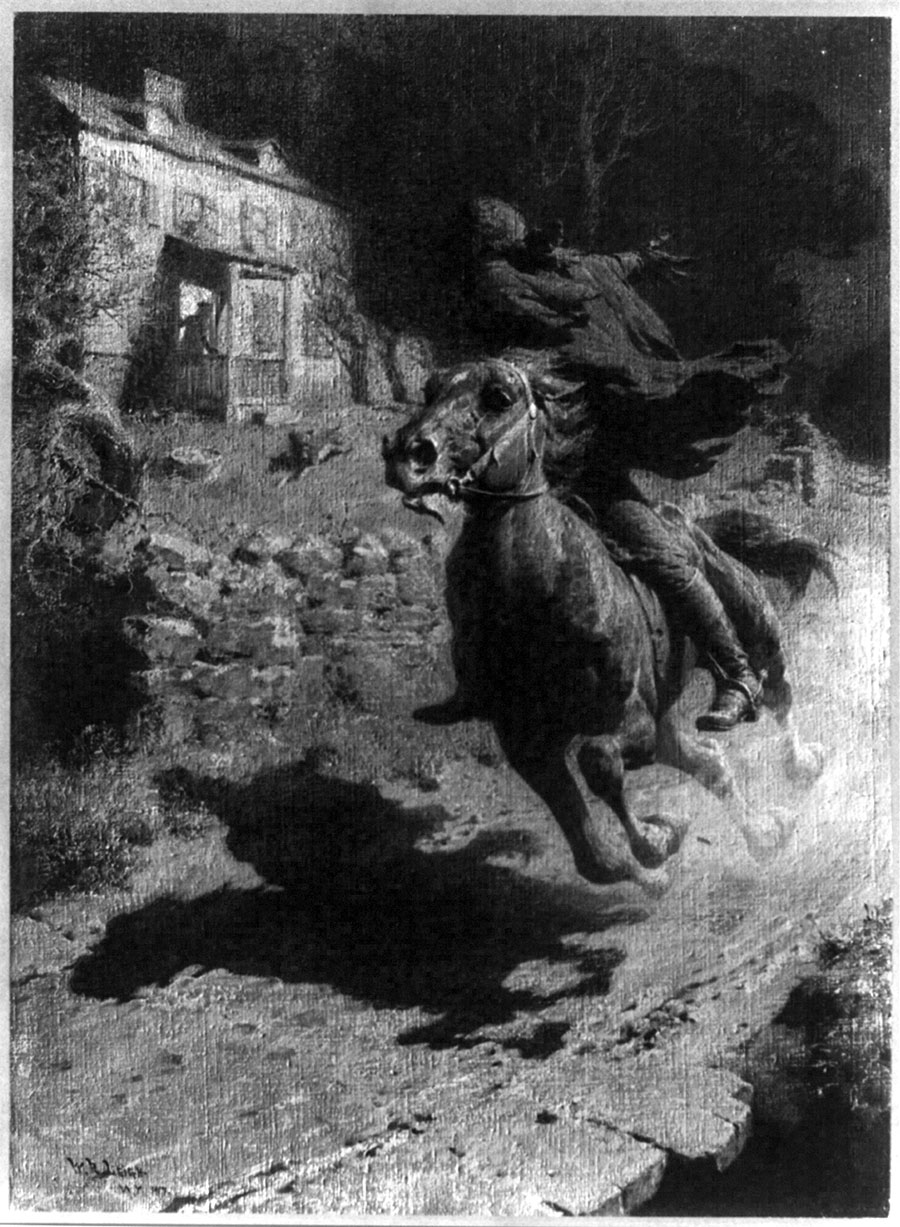 April 18 marks the anniversary of that famous midnight ride of Paul Revere. But did you know that the famous silversmith blazed a trail for many of us in the thermal-processing industry? 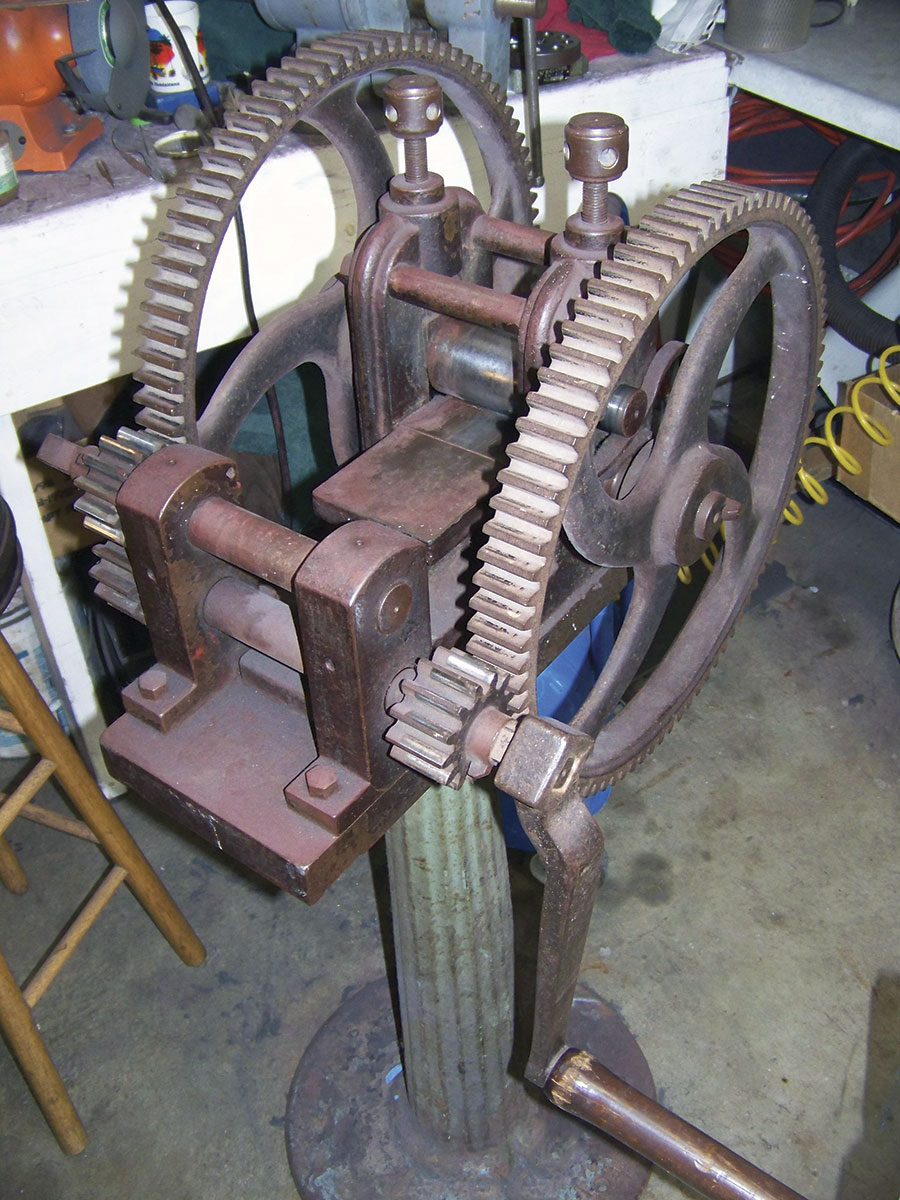 There’s art and lots of history in forging gun barrels. Putting a gun, like the American longrifle, together involves more thermal processing than you might imagine. And, like the title, did you know that a number of common phrases came from gunsmithing or gun-firing practice? 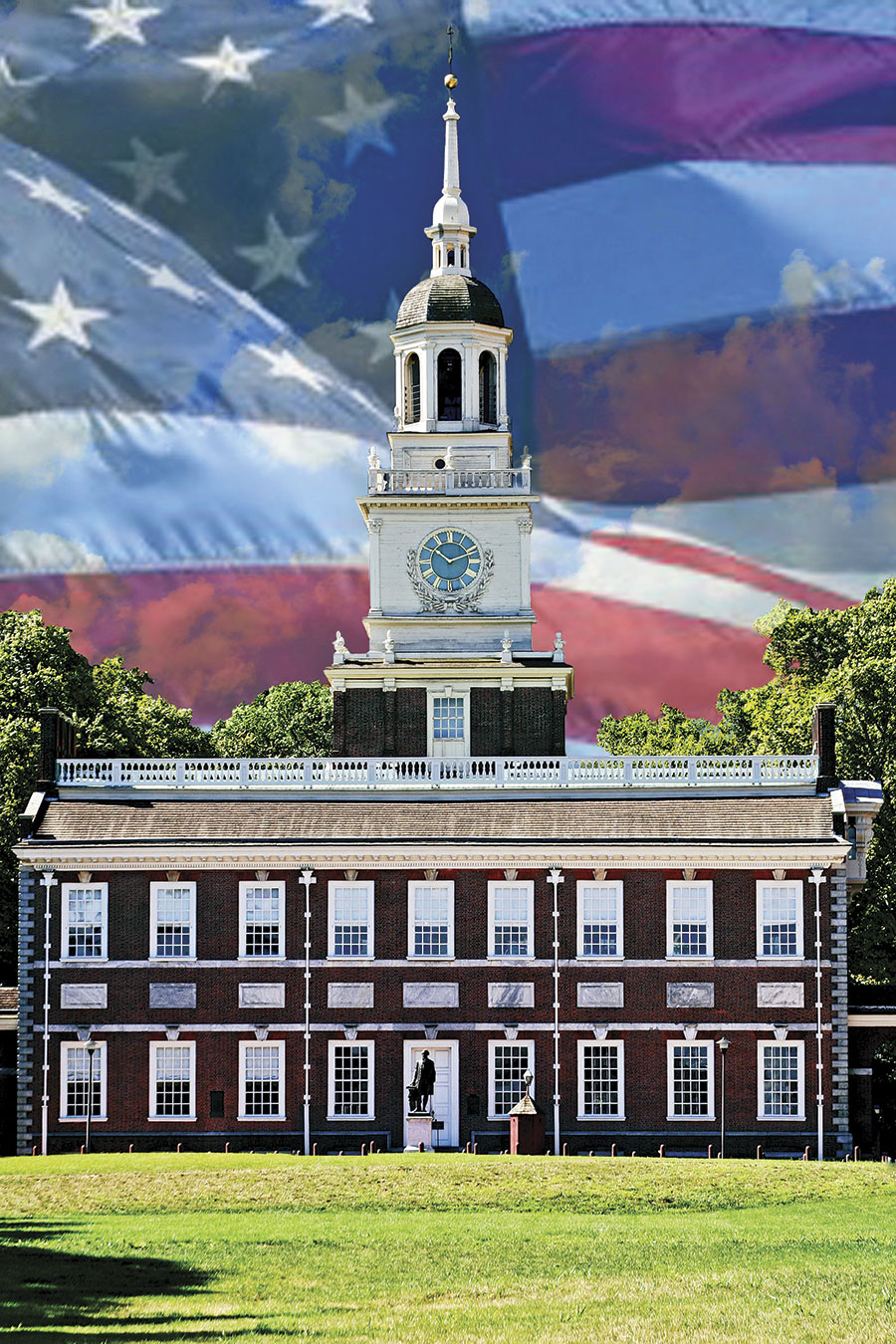 Were you aware that famous metalworkers played a prominent role in our country’s decision to declare independence as well as the fight that followed? Check out this bit of history for a look at our vocational predecessors. 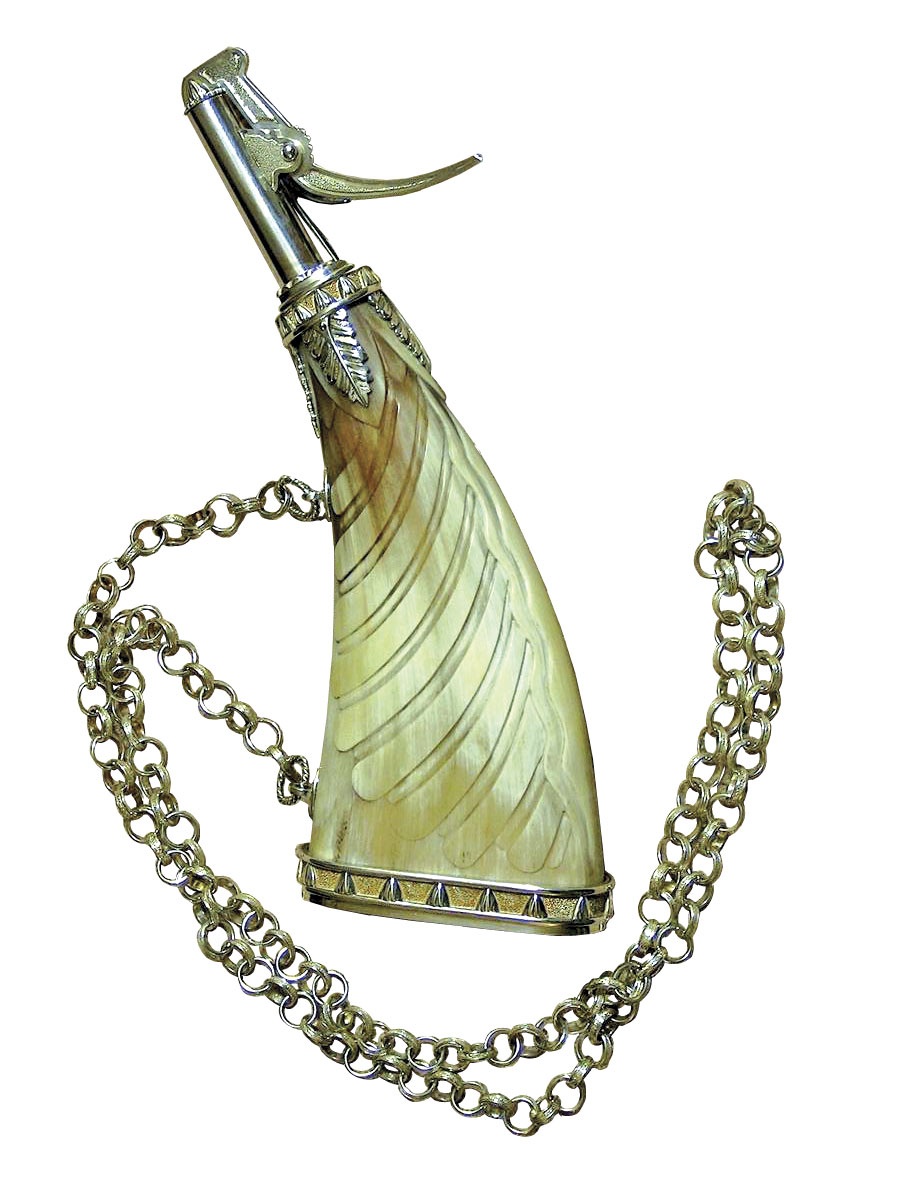 Learning about and enjoying history often involves re-creating it. Sometimes re-enactors visually tell the story, and sometimes silver craftsmen re-create the beauty and utility of a bygone time. Check out this timeline stop for some beautiful powder-flask practicality. 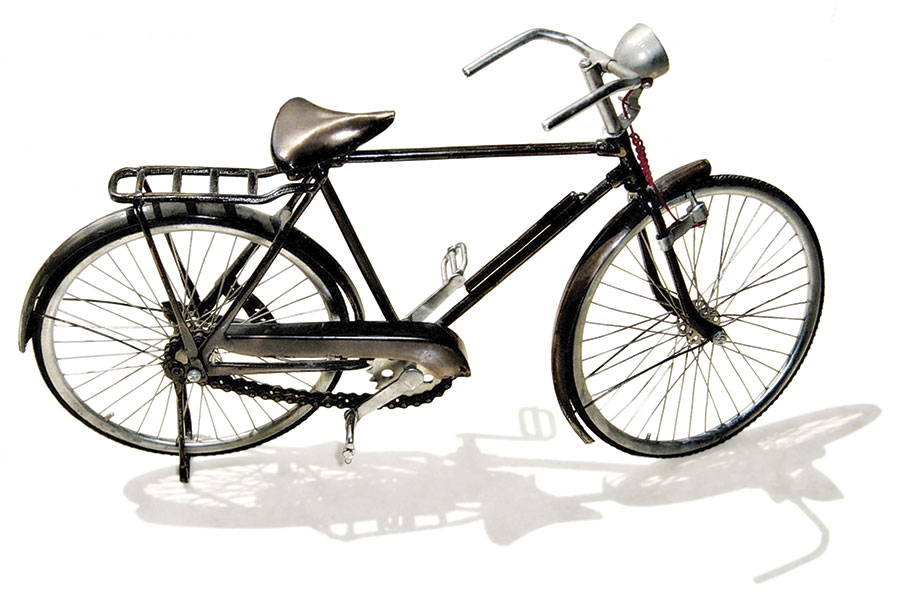 Did you ever consider how much material technology goes into bicycle frames? In this 19th-century timeline stop, we begin the discussion in 1817 and continue to the present day. Heat treatment and the type of material used for bicycle frames are the key variables.

The Titanic – A Study in Metal Failure 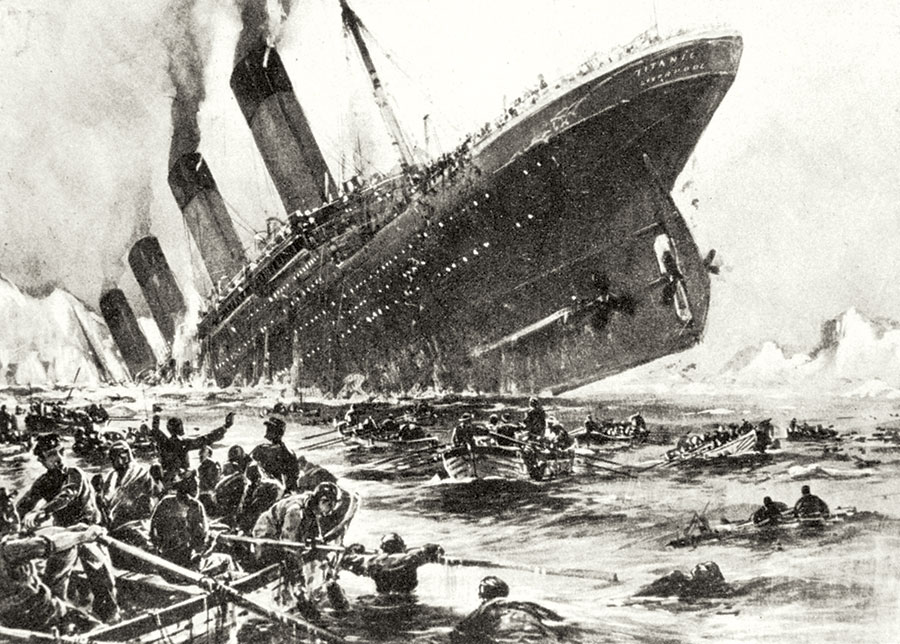 The Titanic is both a tragic tale of life lost and an intriguing forensic mystery. What happened to cause it to sink? Metal failure due to brittle steel played a large part. Steel alloys had not yet been perfected to optimize the ductile-to-brittle transition temperature, and icebergs are unforgiving. 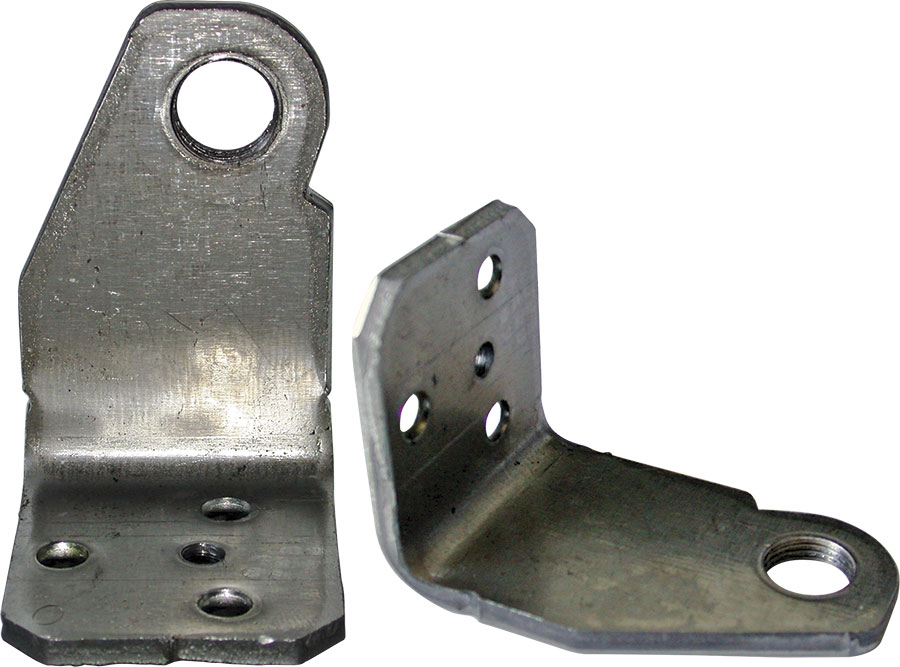 Did you realize that as recently as the beginning of the 20th century there was not a refrigerator to be had? Today, more than 99.5% of homes have a modern refrigerator. Learn about the history and find out about one way that heat treatment keeps our food cold. 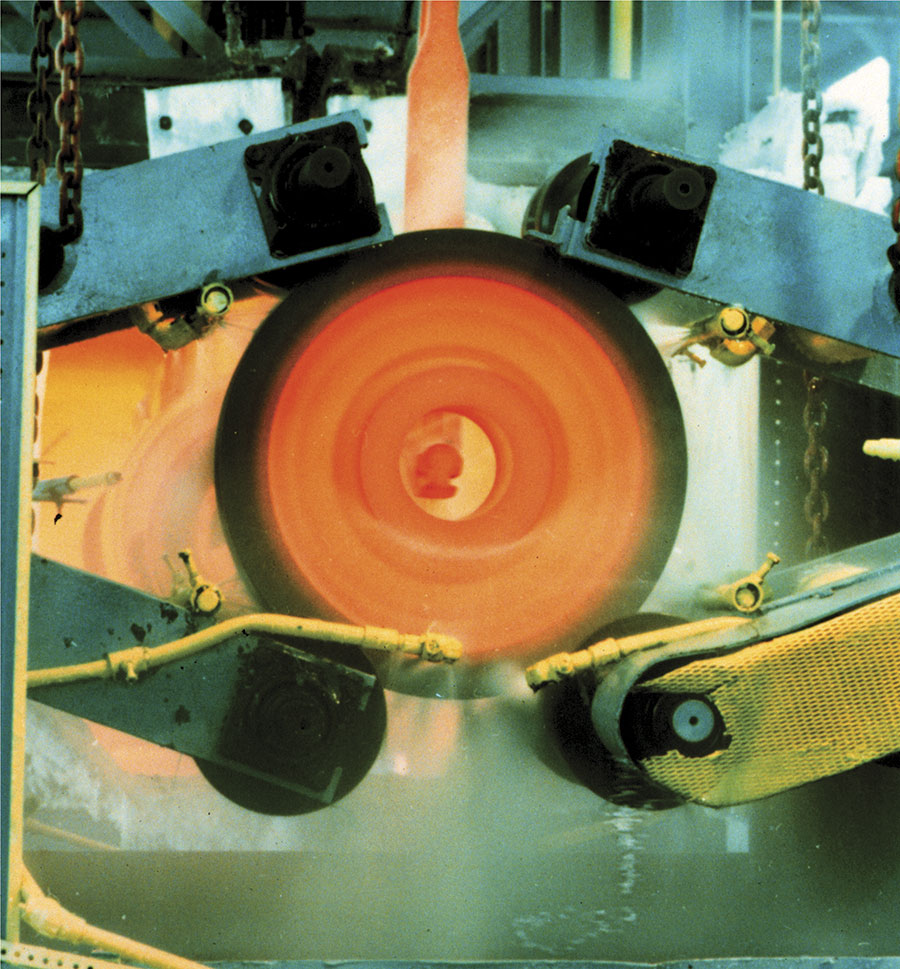 Throughout the years, railroads have been effective at carrying large and heavy loads. Railroad wheel manufacturing progressed from a wrought steel wheel to a heat-treated wheel. You can learn that history on this timeline stop. 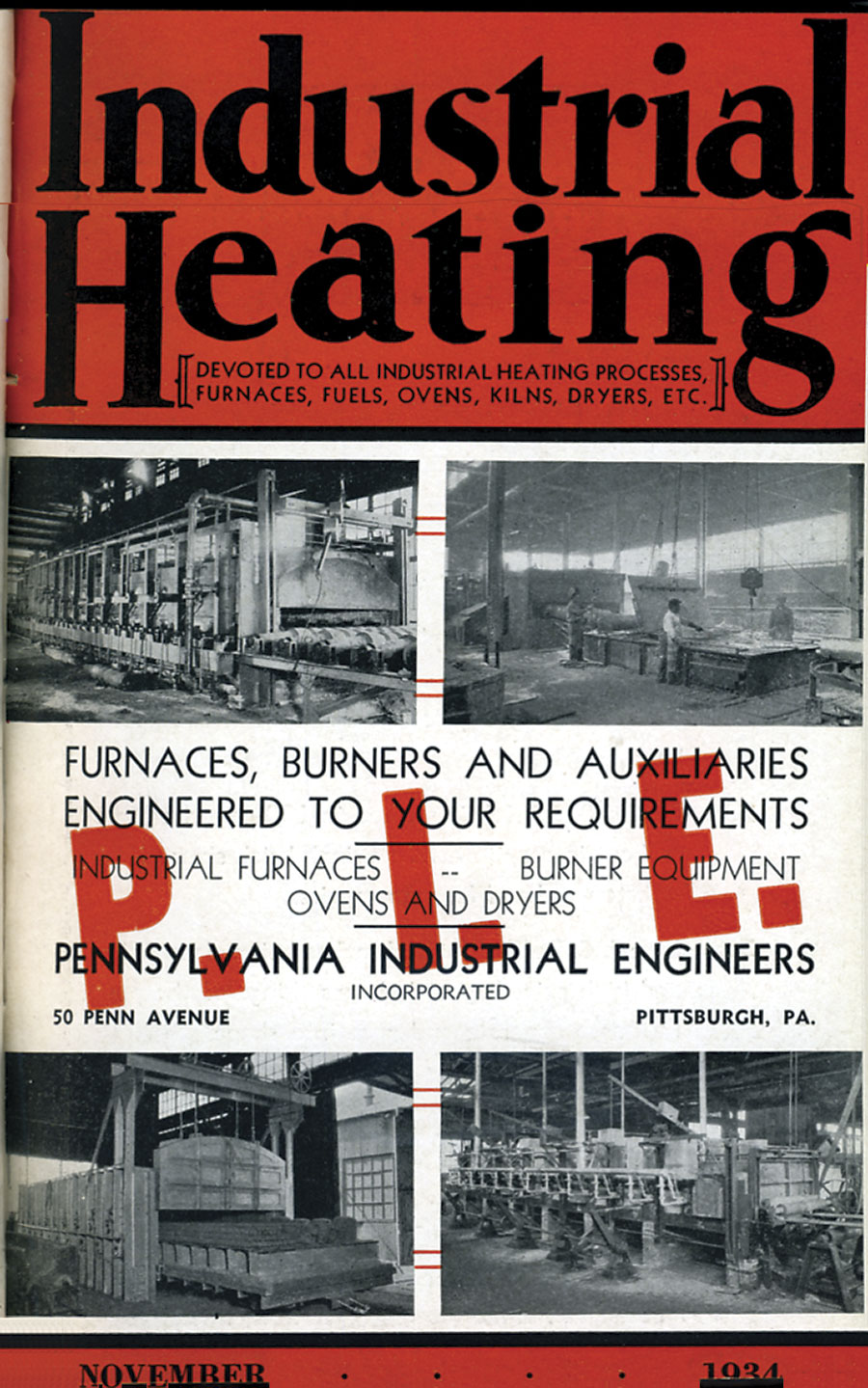 Included in this article are quotes and other content from the early pages of Industrial Heating as we walk through thermal-processing history and our place in it through the 1940s. 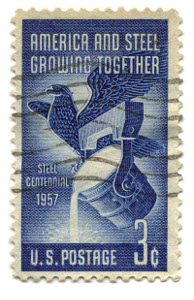 This article summarizes heat treatment history from 1950 to the 1990s. 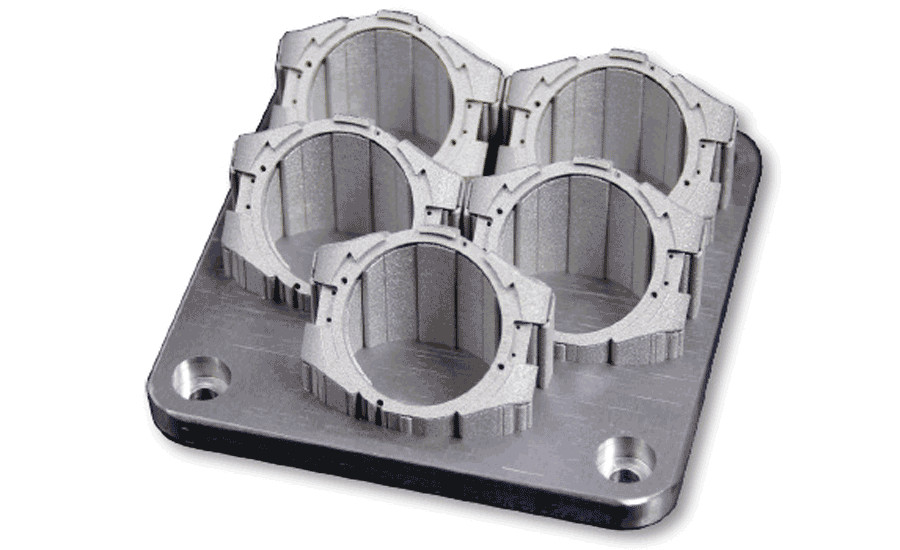 This article summarizes advancements in industrial heating from 2000 to present day. 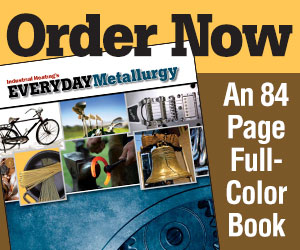 By analyzing the grain structure of metallographic samples, we can make accurate predictions about their mechanical properties. Smaller grain size means that the metal is less prone to plastic flow, while larger grains cause the metal to become more ductile. Larger grains will cause a decrease in both tensile and yield strength, and increase the metal’s percent elongation.